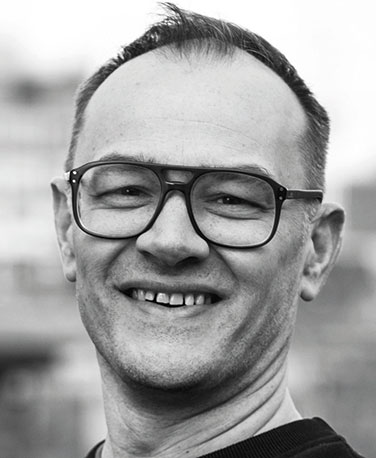 Mentally and physically we are more socially distanced than ever before. So the question is how are brands tackling the need to unite us?

Nike has opted for the virtual race. At the same time a normal race would be happening, they have brought us all together to train together. Creating a community out of virtually nothing. Quite literally. It’s slickly done, nicely executed but nothing that I wouldn’t expect.

ITV wants to bring us together by asking us to open up, because "The better we talk, the better we feel". So true, but opening up is hard enough, let alone finding the right opportunity. So this lovely campaign suggests some for you: on a walk, going shopping, even going for a drive. Looks arresting, simple and very nicely executed. Hate you. Oops, sorry, forgot we are meant to be more united. Love you, really.

One thing we’ve learnt recently is turn to your friends for support. It’s amazing how people rally together in your hour of need and this campaign from KFC is no exception. Left without an endline at the moment, they have decided to nick everyone else’s. I love the fact that we spend most of our time trying to come up with endlines that no-one else has and then they do the opposite. Here’s for going the extra mile and doing it. And proof that if you ask for help (or not in this case), you will be rewarded. It’s endline nicking good.

Talking of endlines, Tesco is living up to theirs. This little gesture speaks volumes. Seeing as the supermarkets did so well when no-one could go out, it’s their turn to return the favour to the local boozers who have taken the hit. It’s the ad with the smallest cost but the biggest heart. I wish everyone understood that this does a way better job for them than telling me there’s 2p off my prawns. It’s as refreshing as the featured pint to see their ethos bringing the community together. Every little really does help.

David Beckham forgets all about his busy schedule when he’s behind the wheel of his Maserati. I buy the insight because I think I would too. I’m not closer to buying the car, though. Admittedly, I’m not the target audience but I still feel I should find myself saying "Ooh, sexy torque" or "Nice radials!". But I’m not. I’m feeling a little more than two metres away from this right now.

Metropolitan Police and Crimestoppers tell us "Hard calls save lives". This is powerful stuff, it hits hard and hits home. I feel we are all standing firmly by them giving them all the support they need right now. Will it change behaviour? I bloody hope so.

Playful Promises faces a modern problem. They can’t show lingerie because why should lingerie be for anyone else’s gaze. So the strategy is to concentrate on how it makes you feel, not on how it makes you look to others. Like it, it’s empowering, and great to see full responsibility taken for the images they could potentially put out there.

Seeing as we are glued to our screens day and night, LG wants to unite you with its new OLED TV set. The self-lit pixels have evolved, apparently, and I have to say it looks pretty damn good. (I’m not allowed to review this one because it’s one of ours.)

Guess what, Lenny Henry’s back for Premier Inn. But why go back? Oh, I know why, because it "worked really well for us before"! The trouble is the world has moved on and brands need to move on too. Be brave, stick your neck out.

Like this guy, who has spent so much time on his own recently he’s lost the plot. We can all relate to that. He’s the hot stepper and he likes to hula hoop to the shops for his Lucozade. It’s a silly idea, rather than a great one, but is entirely saved by some great casting. It’s a sign of the times but right now I would welcome seeing someone hula hooping to their local newsagent. Hell – it might even be me. Having seen this, I don’t feel quite so alone any more. It makes me think that perhaps we’ve held it together pretty damn well over the past year or so. 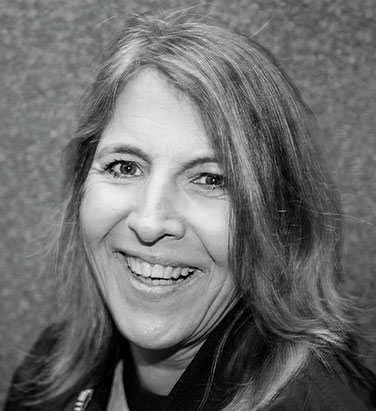 I’m popping my Private View cherry here and feel slightly nervous about it (although, full disclosure, in the 1990s I did ghost write one for a mate who was much more senior than I was). It’s an honour as I’ve read this column throughout my ad life and had some of my work lauded and some savaged right here. I’m not here to savage.

I’ve also invited my 16-year-old son Jack to look at the work with me. He’s a man of few (but pithy) words.

First up, Nike. I’m cognisant of the fact I am not the audience here, as I’m not a young runner. Running a bath is more me. But I love the consistency of Nike’s tone and the fact it can flex to speak to whomever about whatever and still be unmistakably Nike. Jack has a slightly more nihilistic take on it: "It’s good, though ads today have no meaning."

ITV. People often refer to work of yore as "old school," as if it’s a bad thing. This undermines the incredible original thinking that informs much of great advertising now, like these bobby-dazzlers for ITV. Simple, elegant and classic, beautifully written and art directed, this campaign makes a much-needed point about the importance of talking that I hope will get people talking. Juries definitely will.

KFC. The tone Mother has brought to KFC is punchy and delicious. It also makes me smile and the world needs more of that. I do wonder if the joke is more of an inside one and whether the public is in on it. But what do I know? Jack thinks it will create chat on Snapchat.

Maserati. Jeez, they’ve used the music off ITV’s Marcella, though thankfully they’ve not resorted to murdering David Beckham with a plastic bag. Instead he does doughnuts while an automated voice on his phone tells him he should be doing meetings. The most shocking thing about this ad is that Beckham is fully dressed. Jack asks if anyone buys a car after seeing it on TV. No-one can answer that, I tell him.

Metropolitan Police and Crimestoppers. As a mother of kids in London, this hits home hard. Simple and powerful, a truthful narrative will always be a tough watch – as well it should be. Knife crime is a huge problem, and work like this will hopefully help with some kind of solution.

LG. This doesn’t massively light my fire but I appreciate the hours of craft that went into it. It feels and sounds epic and probably looks a lot more impressive on TV than it does on my laptop. Jack nods approval and says "captivating" in a rare outburst.

Lucozade Energy. This is Adam & Eve/DDB’s first foray for Lucozade. I much appreciate the "lyrical gangster" tune and hula hooping, and any ad with a blowy man is fine by me. It feels weirdly unenergetic for an energy drink but I’m in, I mean on. Good to see him binning his bottle. Jack appreciates the recycling efforts.

Playful Promises. One of the most annoying things a creative director can say to you about your work is "have more fun with it", but I feel these could have been pushed further and had more fun with. It all feels a tad unplayful and unsexy.

Premier Inn. If anyone can get me into bed, it’s Lenny Henry, so it’s great to hear his dulcet tones extolling Premier Inn’s offering in a post-Covid environment. It’s amazing how strong that brand linkage still is. Final word on this from Jack is "decent".

Tesco. Not that most people need asking, it’s a wonderful thing that Tesco did. Of course we all need to go to the pub, and this altruistic ad cements what the world needs even more than ever now. Kindness, human interaction, empathy and beer. Cheers.

I doff my cap at all the work I’ve had the pleasure to review in this column. You’ve made this maiden voyage an enjoyable one. As we (hopefully) reach the end of what has been a very dark tunnel, we need all the light and levity that creative work can bring.

Tesco "Pop to your local if you can" by BBH London