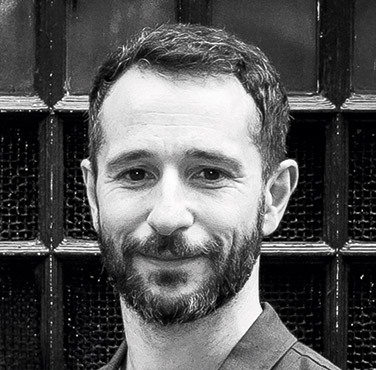 Do you know this place?

Stuck in its ways.

No, it’s not Boston, the most pro-Brexit stronghold in the UK.

With its own newspapers.

It talks a good game about change.

It even implores its clients to be brave and different, but has barely evolved for 100 years.

Like anywhere stuck in its ways, a small change seems huge.

Its GDP is based on one thing, its creativity.

The only export of value.

But over the years it has become more and more insular.

We need to buck the trend of looking in and look out.

The sad thing for this insular island is its inhabitants have begun to forget how to communicate with the world outside of it.

So, which of this month’s work actually resonates outside of this little advertising island?

Mini "Nimic" could be seen as inward-facing and self-indulgent, but it at least has the ambition to stretch further and look beyond. To stop it becoming a creative vanity project, I hope the comms plan matches the ambition.

BBC "#PeakysFanArt" is a cool way of harnessing the outside world – whether it then appeals to that outside world is a different matter.

Apple builds on its previous good work. It lives or dies by the shots taken by normal people. Luckily, the shots rock.

Hinge has a lovely strategy but not executed in a way that is going to really resonate with anybody, including the nation’s singletons.

Heinz is a good campaign and a nice way to chime with the carrot-topped one’s legions of fans.

McDonald’s "Schnuggs" relies on our old friend "parody", which unless it reaches the heights and insight of Boddingtons is just a nice conversation between people in "adland", nought more.

Snapchat is, at its best, original, groundbreaking and is like breathing, blinking and shitting for huge swathes of the population. The work is none of these things.

Paddy Power has a new take on football, which is tough in itself, and the strategy is a solid one. Its execution though deserves to feel less "addy".

Channel 4 "All together now". Oh, how the mighty has fallen. Channel 4 used to resonate with people like nothing else, all based on an incredible strategy. I’m not sure this will even resonate with the spotty teenage "baker" in the local Greggs.

The world beyond adland can be scary. There be dragons? Bring it on. Let’s get off of our island, be energised, be inspired, be different and let’s herald in a new golden age of advertising.

*I might have a vested interest in this so make up your own minds. 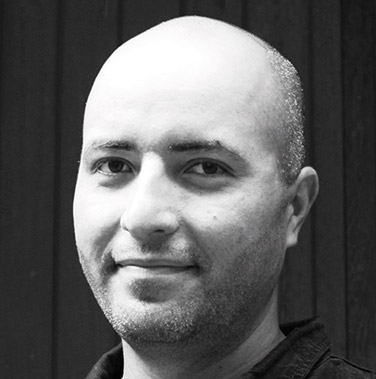 With a few hours cleared after putting my daughter to bed, I sat down in my backyard to enjoy the last summer weekend of the year and to study the ads that Campaign sent through. If it helps to picture me wearing my favourite Havaianas flip-flops and sipping a caipirinha, sure. I was.

I was happy to see such a mixed bag of ads (representative of the ad industry today, perhaps?) – everything from artist journeys to seemingly brandless ads.

Up first, Mini "Nimic" starring Matt Dillon. Yorgos Lanthimos – the man behind the ad – is a micro-film hero, having launched his handheld flick Kinetta in 2005, and going on to become an award-winning film director. While there’s nothing mini about this ad (except the size of the car it’s selling, that is), it’s great to see Lanthimos’ raw, dramatic and Kinetta-esque flair filtering through. Talent never ages. And big-up to Mini for supporting the fifth art! I applaud brands that are brave enough to invest in film projects like this, even if you don’t see the brand – you feel it. One question remains, however: will people connect with the car if they don’t see it?

Next, I got to Hinge "Designed to be deleted". Oh, Hinge. As much as I love the Hinge-branded fluffy cushion character (where can I get one?), the creative idea doesn’t land as well as it could. We see them use the anti-advertising angle that made BrewDog famous, but the delivery seems too self-sacrificing. While audiences will love the line, "the app that’s designed to be deleted", will they feel inspired by the film’s narrative?

I also want a bit of the BBC’s "#PeakysFanArt". Lovely stuff. I’m biased because Peaky Blinders is one of my favourite shows. However, this is such a great way to involve fans, giving them proper access to the brand. The only downside is, I’d hoped that the artwork would have gone beyond simple portraits. Given how rich the Peaky Blinders universe is, it would have been exciting to see a more provocative theme.

Apple "Shot on iPhone – on tour" is interesting; for once the product isn’t the star of the show. I love how Apple provocatively styles its iPhone in typical ads. Here, however, it’s all about the journey of the user. True to form, the ad is simple in messaging and impactful with its premium mannerisms, but the excessive use of black and white deflects from the brand’s usual high-end art form. I would have liked to have seen just a little more of the product storytelling that we know and love.

Then I was on to a run of winners. Paddy Power "Save our shirt" offered a whopping hit of advertising gold. What can I say: whether you love or hate betting, you can’t help but love seeing a brand being as ballsy as ever.

Snapchat "Real friends" absolutely hits the spot for milliennials. Even me. This is a smart campaign that totally nails brand and platform behaviour; interviewing 313 friend pairings, selected from more than 5,000 Snapchatters across 12 countries. I just loved that they celebrated their users in a meaningful way.

And then we get to Ed Sheeran; the most famous redhead to come out of Suffolk – and the perfect mascot for Heinz. "Edchup" is a piece of creative that could only work for this pair (Ed has a Heinz tattoo). It’s brave, smart and authentic. The charity angle, however, risks feeling a little forced. It’s cause marketing’s biggest watch-out: make sure that the charitable or social purpose is ingrained in the brand’s DNA, not a nice-to-have.

Guinness "Liberty Fields", for me, didn’t quite live up to its hype. While successful in delivering the message in plain English (no fancy metaphors, just a traditional narrative), the story lacked the emotion that it promised.

McDonald’s "Schnuggs" is not targeted to my demographic. It’s a spoof advertisement aimed at Generation Z’ers, but looks very similar to a real brand collaboration that could happen today. So similar, in fact, that you’d struggle to tell if it were a parody or not. I liked it. Although, I’m sure twentysomethings will like it even more.

The final ad was Channel 4 "All together now". I’m not sure it made me want to watch Bake Off again (Bake Off without Mary Berry is like Brazil without Carnival), but it is a visual feast, nonetheless. Beautifully energetic, imaginative and feel-good – like everything that the team at 4Creative comes up with.

It’s 8pm and almost 30ºC. Time for another cocktail  glass of water and to watch the new season of Mindhunter.

Hinge "Designed to be deleted" by Red Antler

Apple "Shot on iPhone - on tour" by TBWA\Media Arts Lab