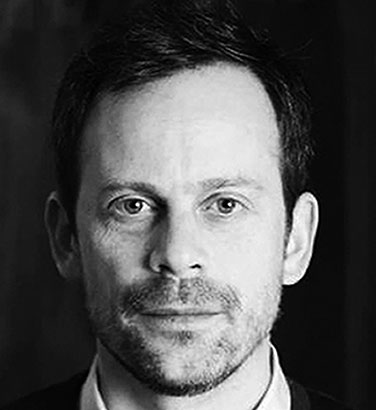 Tena. I am all for any ad or campaign that normalises what is already normal for people, so there’s that to start. Having said this, I am not necessarily in love with the execution. There’s a certain melancholy to it which, maybe unconsciously, seems to contradict the joy these women express with their words. It’s as if the theme for older people is a sad piano and pastel tones. But again, thumbs-up for even attempting it.

Lurpak. Amazing that it can keep finding water here. And in such a simple manner, too. Cooks bring hope. It sounds obvious but it hasn’t been said, and the Caravaggio painting reference (or whoever they used for inspiration, since I only know Caravaggio) within the art direction is beautiful.

Apple. Apple has found a way to shoot just about OK ideas in a superb manner. This is the most obvious product demo, but it has some serious swagger. It is not at the level of its previous work though, and the repetition of the "Ups, sorry" moments makes it somewhat predictable. Also, no-one really uses the noise-cancelling function in that way. Once you discover the feature you stay in that mode; especially when working from home with two daughters and a mentally unstable dog.

Adidas. This is freaking amazing. I love it.

Refuge. It’s OK, I guess. I wouldn’t have thought, though, that the problem to address would have been the number to call. But I am sure that the research indicated that it was the right strategy.

Direct Line. I like simple and fun TV spots. There are some serious production values here (and some serious money in rights too). Bumblebee is my favourite.

Department for Transport. Such beautiful craft and a subtle way to say that sometimes we behave like beasts while commuting. I may suggest that animals are in fact better behaved than us and so we should imitate them, but that’s a different idea altogether.

McVitie’s. I love the honest approach in this. Now, on top of the already awkward partnership, there’s coronavirus to boot. Ironically, right now Team GB is at home, probably eating biscuits non-stop as we all are. Personally, I already know that I will need to train like an Olympian after this is all over.

McDonald’s. A nice, classic execution here, perfectly on brand, with great use of music.

Argos. I wish it had gone even crazier. There’s a Twitter account called PerfumeAdsForSale that has some seriously crazy plots that, strangely, make total sense. Perfume parodies (and perfume ads, too) are one of my favourite subcategories, but it’s one that needs to be really over the top to deliver maximum impact. 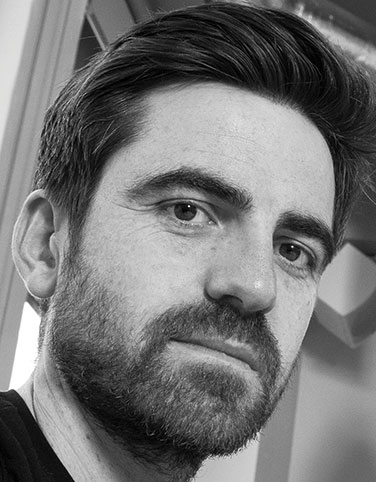 Looking at these ads is like looking at the contents of a time capsule. A bygone era when people moseyed down bustling streets dancing, huge crews amassed to pull off ridiculous shoots, and we all mindlessly touched things with our dirty little hands. Life has changed a bit since then. We’re all adjusting to a new normal, which will fundamentally change our industry. The cracks we’ve put up with will become yawning chasms that can’t be avoided. Ideas, process, personnel, agencies and clients will be tested and, in the end, our industry will be healthier for it. But for now, let’s take a comforting look back at the way we used to do things. *ripple dissolve*

People were funny about older women having needs and desires back then. Tena capitalised on this to grab our attention. "Too much?" we were asked. It was a powerful and provocative way to sell incontinence pads done with an execution that seemed to pre-empt self-isolation.

Lurpak did these amazing ads where home cooks were the heroes fighting against the convenience of eating out, ready meals and the cheeky takeaway. They were the generous, sexy, creative ones; butter greasing their recipes. It was very clever. The executions were always exquisite. This was another one of those. Makes me think about how I can’t wait to eat out again though.

Adidas teamed up with EA Sports to create one of those massive football ads popular with sports brands. It was about linking your shoes to a video game, which was intriguing. I watched it a second time and saw some numbers. I’ll have to watch it again sometime.

From what I gather, Refuge, the charity for domestic violence, got famous people on Twitter to change their name for its phone number (08082000247). Twitter was like a shouting competition back then. Some famous people were doing the shouting for Refuge, so I hope it got noticed, especially in light of the way we’re living now.

Direct Line had this long-running campaign with Harvey Keitel that was really successful. As brands did, it decided to rip it all up and do something completely different. It produced these three whopping great big ads that effectively proved how much money insurance companies made out of us. The production was incredible. Interestingly, the press release was used to have a right pop at Halifax, which had been minding its own business doing something similar before it. This unwittingly reminded us that this device was as old as the hills. Funny the problems people created for themselves back then.

The Department for Transport crafted these really charming ads that softly cajoled people to stop being such idiots on public transport. Their tone is the tone we should all probably be using when home schooling. However, my kids call it "shouty school" because THEY JUST DON’T LISTEN.

We were going to have an Olympics. This was a sponsorship ad created by a biscuit company [McVitie’s] that realised, after spending millions on the rights, that it’s a bit silly to be sponsoring honed athletes who would never go near its product. It was a funny juxtaposition to write lines from. But we all knew the brand was really talking to us lard asses watching the games from the comfort of our sofa. Luckily for the brand, we’ll still be comfort eating but without the sport.

McDonald’s had a habit of doing charmingly well-observed ads. This was another one for its portfolio. A simple thought, beautifully executed. However, it wasn’t the breathy rerecord that brought a tear to my eye this time. It was the shot of the people pushing the door open of the restaurant with their bare hands, hit by the warm wall of that familiar smell while merrily chatting within two metres of each other.

Argos was also predicting the future, showing us what we’d get up to while locked away in our homes going slightly mad. Stuffed full of product yet still funny, this was tonally spot-on for the brand.

*Hard cut* Aaaand we’re back. Time to draw a line under the past. Quickly adjust and continue to do what we’re meant to do. If it’s not funny, interesting or useful, put it away. No-one wants to hear it right now. The companies that spend every working hour creating work that does that are the companies which deserve to survive. After all, that’s what our industry has got to offer right now

Direct Line "We're on it" by Saatchi & Saatchi London