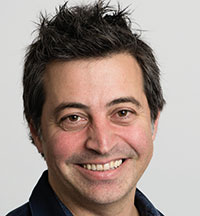 It’s a mixed bag this week. A good reflection of what is going on in our space. Brands competing for attention through content at a time when more content is created per minute than at any other point in history. So we are attacking from every possible angle. Cultural opportunity, tech, shoot for the heart, entertainment, straight-up ads. One thing is for certain: it’s hard to perfect a formula these days. And that’s the thing: we shouldn’t be trying to.

Harvey Nichols (5) is doing it again with a very insightful take on fashion that makes you say: "I wish I’d done that." Great execution under a good campaign. It stands out. It’s a great demonstration of cultural opportunity  – responding to David Cameron’s comments about Jeremy Corbyn’s choice of dress. Would’ve loved to see them going to town online.

Baileys (4). Interesting example of brands being forced to compete with content creators. It’s not a fair fight (but that’s for a longer conversation). The soap-opera format is obviously a clear, conscious decision, but doesn’t leave me with the cliff hanger that would make me want to come back. It needs a stronger storyline to break through in social. It’s a nice try, but not sure it punches hard enough.

Uber (2). It’s two campaigns in one. But I guess that’s what they went for. The driver execution would strike a chord among potential drivers (and passengers). Seeing what drives people can move you. I can see opportunities for bringing more of the drivers’ personalities and ambitions to life in different touchpoints. Motivating even more people to support Uber, its drivers and its mission. The passengers’ executions don’t feel as deep and could work for any cab or taxi app.

Etihad Airways (3). A nice way of showcasing its new plane. A nice way of hiding marketing as content. And proof of how hard it is to get people interested in your content. A celebrity, virtual-reality, 360-degree video – they had to throw the kitchen sink at it. I’m still wishing they would’ve taken virtual reality further. It’s a good walkthrough but not enough rewards in it. I wonder why.

B (1). Great landing line. Before that, one is lost and trying to figure it out. It works. And it leaves you with a smile, a nice feeling… I’m ready to give B a chance if it continues to reach out via other channels. That’s why it works. You can tell they are planning to launch a whole army of messages across channels. 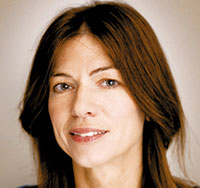 A quick scan of the five brands I’m going to review this week gets me excited. Each one is a distinctive, iconic brand with a unique product underpinning. Let’s hope the ideas don’t disappoint.

First, a Jeremy Corbyn lookalike gets a wardrobe makeover to announce the opening of the new menswear department at Harvey Nichols (5). I’ve long admired this brand’s bitchy tone of voice, but he seems just a bit too easy a target to me.

Next, Baileys serves us a soap opera about a coffee pot who strays from his old partner, milk, to start a new relationship with Baileys (4). Apparently, there will be 20 episodes exclusive to Instagram. I’m sorry but, although I think Baileys in coffee is a good idea, I’m not sure this soap is. It’s quite funny, but not enough to make me want to watch all 20 episodes.

And then, the most disruptive brand on the list, Uber (2), uses the most conventional media – outdoor posters – to encourage me to download its app. I’m sure the desire is to make the brand look respectable and court a small-business audience, and these may well do that, but I can’t help but feel it’s a wasted opportunity.

I then move to Etihad Airways (3), which has made a five-minute, 360-degree film to showcase its luxurious aircraft. And although I’m not a big fan of flying, it actually made me want to try it. But despite its innovative filmic technique and having Nicole Kidman to front it, five minutes seemed an awfully long time.

And finally to B (1), the launch of a financial app that, according to the press release, "analyses customers’ spending habits and then sends them tailored financial information". Sounds like a useful idea. The ad has a nice insight buried in it that kids aren’t born worrying about money and is a valiant attempt to do emotional rather than rationale advertising. But I’m afraid that, if I hadn’t read the press release, I would have had no idea what B was. Or who was behind it (Clydesdale Bank and Yorkshire Bank), which seems kind of important when it’s a totally new brand to the market.

So what do I take out from what I’ve looked at this week? There’s no doubt each of these ideas sought to be distinctive. And each did have distinctive elements – in technique, channel or insight. But truly distinctive ideas are hard to come by. And when you have truly distinctive brands with unique product offerings, perhaps the job becomes harder rather than easier.

Uber "Get there with Uber" by Bartle Bogle Hegarty