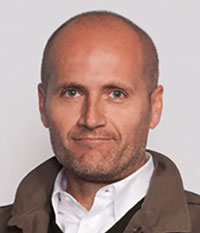 It’s all been happening! Cannes, the Euros, the referendum. Far be it from me to comment on the winners and losers in each of those contests, but one thing is a given: whenever you have ideas in competition with each other, the results are guaranteed to produce the contrasting emotions of joy and disappointment, cheers and tears. With that in mind, let’s peek into this week’s sealed Campaign satchel.

Top of the pile is Nationwide’s (3)"Life’s better when we share" spot, which is already a leading contender for next year’s Cutest Kid in a Commercial Lion. The film is very simple and charming, which is never a bad thing. The link between sharing cupcakes and convincing a friend to switch banks is a wee bit of a stretch for me but the voiceover just about buys it back. Maybe it’s the song, maybe it’s the kid, but I just like this spot.

I’m a big fan of the recent "Find your magic" work for Lynx’s global brand Axe – the idea that confidence doesn’t come from inside a can but from inside you is a strategic gem. Of course, no modern advertising campaign would be complete without the deeper dive of "content". These online films for Lynx (1) are called "Men in progress", although I wonder if "work in progress" might have been a more apt title. The first one is called "Fathers and sons" and, while it is amusing enough to watch, about half way through the 2.41 minutes I found myself wondering what point it was trying to make. I never found out.

Pride in London (4) has co-opted the popular #Nofilter and made a film telling people what Pride now means. The ad uses the increasingly tired technique of stitching together celebrity soundbites into one longer, joined-up statement – this one containing doozies like: "We are the game-changers and the boundary-pushers." Near the end, we are asked to share our own #Nofilter moments. Blah. Well-intentioned, obviously, but not exactly changing any games or pushing any boundaries.

Certainly the most ambitious and audacious effort on offer is the Dunkin’ Donuts (2) wingsuit film, created to promote its new "on the go" order and pick-up service. I’m sort of struggling with what to make of this one, actually. The subject matter is pretty compelling and it’s undeniably watchable yet, somehow, this doesn’t feel like the right clothes for Dunkin’ Donuts – unless it has a new Xtreme Cruller range in the works. Still, full marks for going for something as far from familiar as possible.

And, finally, Rustlers (5) – guilty pleasure of the motorway services. This spot has everything I love – sports, B-list celebs, relentless mickey-taking… so why don’t I like it? Maybe because it feels like two ideas in one. At least. Maybe three. Four if you include the nod to Blackcurrant Tango. I really want to like this but, for me, it just never really lands. It’s a valiant effort but one that, in true English sporting tradition, falls just a bit short. 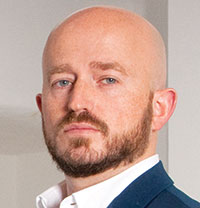 I can’t help wondering what Nigel Farage would think as I sit down to write this in a slight post-Brexit daze. I thought his opinion didn’t count but I was wrong. We were wrong. Time to evolve and adapt.

Dunkin’ Donuts (2) has a new app that means you can order a doughnut from your phone and collect it from the store. Nigel would love that, wouldn’t he? He looks like the doughnut-dunkin’ type. But, hang on, who’s this in the film? Ellen Brennan, the base jumper? Doesn’t she live in France? Over here, eating our doughnuts. And that mountain she’s jumping off? I spy the Aiguille de Varan in Chamonix. Hmmm… maybe not, then. Perhaps there’s an app that’s similar but for pies? Boris could zipwire down the Long Man of Wilmington, waving a Union Jack.

Rustlers (5) next. Don’t they make pies? Oh, microwave burgers, then. That’ll do. But, hang on, Rustlers didn’t think we’d win the Euros? In fact, they were so sure they wrote a funny football anthem about it, starring Chesney Hawkes. I don’t think Nige would approve of that. It’s not very patriotic. For some reason, I imagine he likes to squeeze his red sauce neatly on his burger, in the shape of a St George’s cross, and salute it before he tucks in. But I could be wrong.

For Pride in London (4), Sir Ian McKellen says he wants the LGBT community to use #Nofilter because "it’s time to stop being who someone else thinks we should be". I reckon the Ukip leader would like this (and he’d love The Lord of the Rings – the Shire would appeal). He’s built a successful political career on being himself and speaking his mind. So, yes, Nigel "no filter" Farage would dig it. But, hang on, it’s for Pride in London? The one with the rainbow flag. Isn’t that about unity and tolerance and embracing diversity? Let’s move on.

Across the high street, Nationwide (3) has an offer on. If you get a friend to open an account, you both get £100 sterling. I think we’re on to a winner here – British financial institution, based in Swindon, employing 17,000 Brits. Nigel would def raise a pint to this. Cheers all round. But, hang on, what’s that endline? "Life’s better when we share"? Not sure sharing was at the heart of the Leave manifesto. Scrap that, then.

And so finally to Lynx’s (1) new digital campaign, which aims to celebrate the progress of man.

Well, the pound has just hit a 30-year low, our children have lost the right to work in 27 other countries and we live in a culture of prevailing anti-intellectualism. I’d probably choose another strategy – wouldn’t you?

Pride in London "No filter" by WCRS