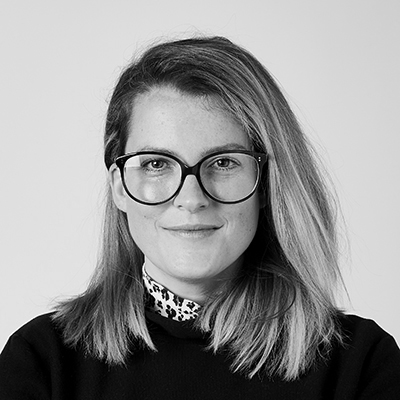 It seems uncannily fitting that the first piece of work I crack open is a continuation of the excellent "Drama vs reality" platform for ITV. "The fight for your attention starts here" could literally have been the title of my past 10 days of self isolation with a potty-training toddler, a puppy with separation anxiety and a husband locked in his room with the plague. However, if the past 240 hours have done nothing else, they’ve provided the most intensive crash course imaginable in the art of changing behaviour. (If you can persuade a toddler to put their pants back on for "just for this video call, darling", then you can probably negotiate a hostage situation, never mind persuade a consumer to switch teabag brand.) And that’s all we’re ever really trying to do in our industry, right? Change attitudes and behaviours. So let’s see how this work stacks up. 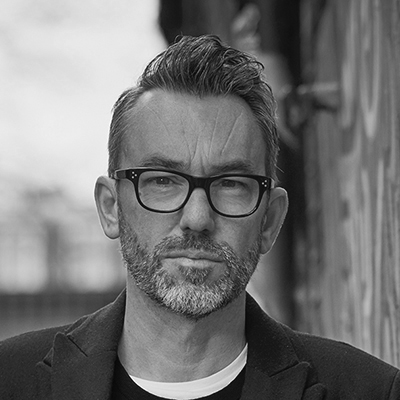 I regret somewhat putting my hand up to review the new Paralympics spot for Channel 4. Good lord, it’s a fine campaign. The problem is, the rest of the work I’ve been tasked with reviewing can’t help but pale in unfortunate comparison...

Imogen Tazzyman: I love the ITV work. This particular execution could have been a live stream into my living room during a couple of my own particularly memorable chats with directors this week. I’m not sure I handled it quite like the pro Richie Campbell is, but then two-year-olds are formidable. And I think that’s the beauty of these. The scripts let the actors do the acting, and don’t ask too much of the reality stars. If the content on the ITV hub is as entertaining as the ads, I might even make the switch from CBeebies myself.

Jonathan Burley: I’m a big fan of Uncommon’s "Drama vs reality" campaign for ITV: a strong, simple idea, executed with wit, conviction and an enviable attention to detail. This new entry, despite taking the brakes off with some Michael Bay-style helicopter gun-battle flourishes, doesn’t quite land for me. But that’s only because I haven’t a Scooby about who either of the supposed celebrities battling it out for our attention are – put Ellie Simmonds in charge of that machine gun, however...

IT: The McDonald's film is one of those rare ads I’ve seen in the wild, though I’m not sure how because last time I checked there weren’t any ad breaks in Hey Duggee. Although apparently it’s a social film. I have so many screens going these days I sometimes have no idea what platform I’m looking at. There’s a very real danger I’ve told a director this week that I loved her work with Peppa Pig. Anyway. I remember enjoying this ad when it came on. Great track. Good casting. Nice performances. I can’t really imagine anything at McDonald's having that level of spice, or indeed flavour, but it actually kind of made me want to find out. Which is all one can ask of an ad, really, isn’t it?

JB: The insight behind the "McSpicy debate" campaign is a decent one – one person’s "meh" is another person’s napalmed ringpiece – but the execution similarly lacks a certain modernity, despite having the admirable ambition to stretch beyond the stifling confines of a 30-second telly ad.

IT: Next, we’ve got TfL welcoming us back. Funny these ads trying to encourage us to go out again, aren’t they? Is a short bit of film the way we’re going to get people back out of their houses in a pandemic? After 18 months of official advice that has basically taken inspiration from the Hokey Cokey, it’s hard to imagine it will. That said, I moved out of London mid-pandemic last year and escaped to the country – and seeing that "drinks after work" bit gave me a visceral punch in the gut. Why yes, yes I would like to do that in London again. So thanks for the invitation. See you there.

JB: Both the TfL ad and the Royal Navy spot (below) are undeniably well-crafted bits of film that hang their ideas upon a light visual technique in order to make their point. Hailing as I do from the Dickensian nightmare that is Portsmouth, you wouldn’t pressgang me onto a ship without a hell of a fight, so TfL definitely edges it for me. I kind of wish it were IRL, rather than just a telly ad, mind. That would have elevated it perhaps from being just "neat" to an idea that has the potential to muscle its way into culture. As would have a cutaway featuring Kylie Grimes muttering “FFS” because some dick of a cafe owner couldn’t be arsed to put a wheelchair ramp in.

IT: After being CD on the British Army recruitment account, I have a vested interest in anything the armed forces put out. We spent a lot of time working out how to persuade this audience to do something that is literally going to change their lives – and while this execution for the Royal Navy is quite satisfying to watch, I’m not sure it’s going to do the job.

Irn-Bru "The good, the bad and the orangey" by The Leith Agency

IT: Ooh, Irn Bru is still a thing. Although just up here it seems, as this ad is running only in Scotland and "The North". Geotargeting drinks is funny, isn’t it? Are you Londoners not allowed Irn Bru? Do we need to introduce you to Vimto, too? (Just don’t drink it straight, like that American TikToker. It is a cordial.) Anyway. The ad is OK. Fun bit of escapism. Not sure it makes me want to try it. But then it overwhelmingly features men, so maybe I’m not the target audience (are we gendering our drinks now too?).

JB: The Irn-Bru "The good, the bad and the orangey" ad and the "Together we can" film for Vodafone (below) both feel a little old-fashioned. Not a big fan of middle-class "What if?" manifestos or spaghetti Western spoofs, even if we have all considered them at one point or another while staring at a blank brief attached to a bum-biting deadline.

Vodafone – "Together we can" by Ogilvy

IT: This is shot beautifully but I didn’t feel any real connection to the brand with just the film. I feel like the platform has a lot of potential outside film, though, so it will be interesting to see what they’re doing in other channels.

IT: I must admit I had to watch the Co-op film twice to get it. Possibly because it feels very much like two ideas. The fact that Co-op is accepting soft plastic to recycle is probably good (though howsabout not sticking everything in it in the first place? Just a thought). But I’m not sure why we’re being told that through the lens of Tom’s first trip out. The important, behaviour-changing message – bring your soft plastic to Co-op, thank you, please – is a bit lost for me. (I did like the casting of an older person as a character fighting the climate crisis, though. Too often the stereotype of the climate-conscious is a young person.)

JB: On any usual day, the new Co-op ad welcoming us all back to semi-normality would be a genuinely charming exercise in gentle storytelling. An old boy bravely ventures out from his sheltered accommodation to go and buy a multi-pack of Tena Men from his local Co-op. On his way he touches a flower and briefly pauses to say hello to a couple of busking yootdems who, in the real world, would undoubtedly follow him home and brutally steal his false teeth to sell for spice money. My only issue is that it’s crying out for a scene with an extreme close-up of a Paralympian popping a monstrously large blister.

IT: Oops. I haven’t left enough words in the word count for "Super. Humans." But it doesn’t matter, because to be honest there are no words. Not one. It is the most jaw-dropping, joyous, raw, brilliant, brilliant, brilliant (See? Same word three times. NO WORDS.) piece of film I have seen in years. When this came out I immediately sent it not only to my industry pals, but the ones with proper jobs, too. It is that good. The concept, the execution, the craft. Gah. So good, I want to watch the Paralympic Games immediately. And not just to get Mr Sodding Tumble off my TV.

JB: Those disproportionately talented buggers over at 4Creative (aren’t you glad you never have to pitch against them?) have pulled it off yet again. Such an exquisitely crafted, beautifully insightful, imaginatively executed, gut-punch of a campaign – with a killer final line – it blows me away with every repeat viewing. Game-changing creativity that will undoubtedly pull like a train when it comes to getting eyeballs in front of screens, as well as continuing to noisily, stridently challenge our stale perceptions of the differently abled. Can’t really ask for more than that from an ad, can you?

McDonald's and Saweetie: the potential of talent with personality