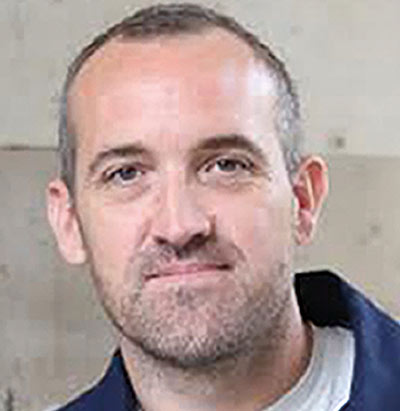 Hmmm, the current mood is a little sad in the village of Adland. Accounts seem to be moving without pitch (yay, if you’re Ogilvy) or moving for integration rather than creativity (boo, if you’re Wieden). Budgets being cut left, right and centre. Great work getting harder and harder to make and so on. But, hey, I’m going to try to look on the bright side. A glass half-full of good Provençal rosé, anybody? Cannes is coming up (no, I’m not), which is why, bucking the usual trend, I’m going to approach this Private View with total positivity. It’s all going to be OK. Let’s see if everyone can leave the party with a balloon. The brief is to be constructive and I’m going to be constructive and positive… let’s see if I can stick to the brief. Because, hey, positivity can always make the work better, in my view.

We start with TK Maxx. I love this campaign; it’s getting better with each execution. An unashamedly haphazard store, which is a small price to pay for the small prices you pay… this is not haphazard creative. Ker-ching.

Fellow 101 partner Ross Farquhar is an ex-senior brand manager for the next brand and the butt of many a pirate joke, which he hates. So say "ahoy" to CAPTAIN MORGAN. Let’s see if this execution stays on the poop deck and not down in the brig (yep, poop deck). The client must have wet their pants when the creative team read out the voiceover at the presentation. Thirty-three* "captains" in 30 seconds. This execution raises a smile in a difficult category. A good one-off execution. Next ad may prove a little trickier. But still yo-ho-ho.

You’ve got to love a bit of nostalgia, haven’t you? The great ads of yesteryear… everyone remembers the Budweiser frogs, don’t they? Don’t they? I love the original and I like this Bud Light one but it’s a bit "light" on idea to give it any real difference from the original – an unashamed homage. Can’t help feeling that this is croaking in the ear of the creative community more than the consumer. Cheers, though – nice one.

Ooooooooo TYPHOO, ooooooooooo Nigella. In this spot, Nigella (the normal one, not the licky-sucky one) walks us through the history of Typhoo tea since 1903 in 30 seconds. A bit more aaaaaahhhh than ooooooooo, this spot, and she seems to end up in an old Ikea ad. A little weak – not how I like my tea, really. But still deserves a slice of cake to go with a nice cuppa. Lovely.

Last one leaving the party is LIDL and its new "TrolleyCam" invention. We can watch real shoppers shopping. The excitement. I like our shoppers, Adrian and Mary, and to quote Mary: "That wasn’t bad at all now, Adrian."

Balloons all round, but a bigger slice of cake goes into the party bag of TK Maxx. Hurrah. 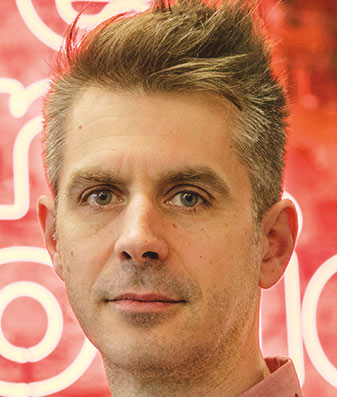 Executive creative director, We Are Social

I don’t want to alarm anyone, but I think there may be a rip in the space-time continuum. A clutch of ads have materialised in my inbox that I’m pretty sure have appeared from another era.

First out of the bag came a TV spot for Captain Morgan. If you haven’t seen it, it’s various people in a bar repeating the word "captain" more than 30 times and then they all cock their leg. Stirring stuff. As I watched it, a strange sense of déjà vu came over me. I’ve seen this before. My first thought was Captain Oveur from 1980s masterpiece Airplane! ("Over." "Huh?"). In the end, it was my wife who zeroed in on the likely source of inspiration – Pirates of the Caribbean: At World’s End (2007). Very much the cutting edge of culture, assuming it’s 2008. I checked – it isn’t. Still, I’m sure the client was cock-a-hoop with the level of branding and there’s no missing it’s for Captain Morgan. Perhaps, in today’s world, that’s enough?

The second ad also caught me on the hop. A group of frogs sit near a bar croaking stuff about Bud Light. I watched it again. Surely there must be a mistake – this is years old. Happily, a quick trip to the agency website put me right. Far from an old ad, this is an imaginative reworking of the classic 1990s original. And classic it was. But there have been quite a lot of changes since the 1990s with, you know, the whole internet and mobile and social and technology thing. It seems to me that if you were to update a classic from the 1990s, you might think about doing more than changing two syllables.

Next up is Typhoo and a piece of work with a really clever, innovative piece of technology at its core. No, I’m kidding. It’s a TV ad. In it, Nigella eschews the hard stuff (coffee) to wax lyrical about tea. And there’s a joke in it about her liking cake. It’s sort of gentle in a way I’m not sure TV ads can afford to be these days. If you love Nigella, maybe it’s riveting. Personally, I’m a bit "meh".

The Lidl ad is the most modern of the bunch, on account of it having strapped a GoPro to the front of a supermarket trolley. But it’s too long and too boring and, bar the last five seconds, could be literally about anything to do with shopping/relationships/old people.

Which leads us nicely on to TK Maxx, the Lidl of the clothing world. To be fair, this is definitely the best of the bunch. At least it has had the decency to pilfer the visual aesthetic from a film made this decade (The Grand Budapest Hotel, 2014). It’s beautifully shot and well-scripted, even if at times it does feel a bit like someone reading out the creative brief. Having seen it on the actual telly too, it certainly jumps out of the break. But there’s a bit of me that thinks, in 2017, what with the ever-increasing wealth gap and stagnating wages and people needing to get more for less, a brand like TK Maxx could have something a bit more meaningful to say.

Typhoo "Which Typhoo are you?" by McCann Manchester

TK Maxx "Why would anyone shop at TK Maxx?" by W&K London

Captain Morgan "Live like the Captain" by Anomaly New York