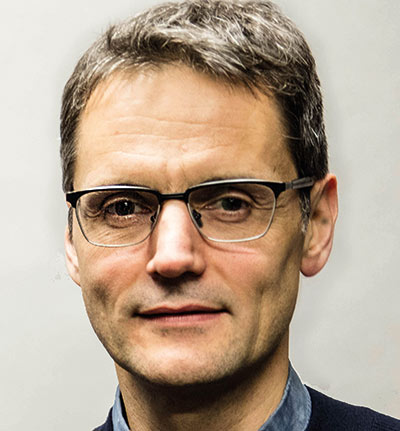 Creativity is the way to the head through the heart, to paraphrase Welsh poet RS Thomas. If you want to get someone to buy your product or service, you need to move them first. When you make them laugh or cry or provoke them, there is a high chance you’ll grab their attention and the message will stick. As Dan Wieden once so succinctly said: "Move me, dude!"

First up is Zoopla, which has created an ad about moving, but of the physical kind. Featuring crabs with homes on their backs, it’s clever and original, with one or two nicely turned gags. But, after watching it, I feel strangely unmoved. It seems a little too in love with its own cleverness and has, in the process, lost touch with the desires of the consumer.

On to No7. I love drama, action and suspense. But for make-up? I was confused at first – but giving a 50-year-old woman centre stage isn’t just different, it’s perfect for a brand like No7, which famously makes an age-defying cream. I feel inspired. Why can’t ads for make-up feature young-at-heart 50-year-old stuntwomen? In fact, why are fifty-somethings left out of cool marketing in the first place? I’ll talk about this ad. I’ll remember it. I’ll show it around.

Animals are always an easy way to my heart. So I had high expectations when I saw the Lloyds Bank black horse charging in slow motion across the screen. But, alas, it doesn’t hold my attention. There’s simply no emotional narrative arc to the bank’s latest TV offering. And not even the now-well-worn technique of covering a famous track in a slower tempo – here, Fatboy Slim’s Praise You – worked to move me. Shame, as this is from an agency that has produced some truly moving ads.

Next up, the Financial Times is asking us not to see the world in black and white but in shades of grey. A laudable aim and, in light of Brexit and Donald Trump, we could all do with embracing more nuanced, considered thinking. But this campaign falls short of doing justice to the idea and doesn’t cause me to really think or smile knowingly. I just agree with it and move on. I don’t feel challenged or moved to stay a while, or linger on a well-posed thought. Emotions have shades of grey too.

Finally, there’s "That Superdrug feeling". It’s youthful, alive and full of colour, and I’m sort of taken along by it – but, ultimately, it’s more energetically charged than emotionally so. Saying you’ve created a feeling isn’t necessarily going to stimulate one in the viewer. And, as every good storyteller knows, it’s not what you say that people remember but how you made them feel. 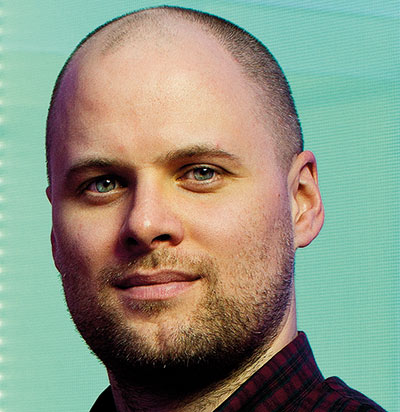 I get physical pangs of jealousy when I see really good work. A little jet of acid in my gut. A squirt of adrenaline. It’s the same feeling I get on my bike when a car passes too close. Or when I suddenly remember some horrendous thing from my past. It’s uncomfortable and pathetic and I wish it didn’t happen, but it’s a reliable way to gauge work. So I will use it here. My Envy Spidey Sense. My Green-Eye X-Ray Vision. The Pang Assessment Scale.

Zoopla. What if hermit crabs bought and sold homes like humans? Yeah, OK. That’s an alright start point. These 3D-printed shell houses have done the rounds on the internet, but they’re cute. And kudos for getting performances out of crustaceans. However, there’s a lot of blather in this ad and the brand doesn’t have a clear point of view on any of it, so the whole thing feels a bit gimmicky. And the voice-acting is very rent-a-gob. No pang.

No7. A cinematic action sequence in which the stuntwoman turns out to be the star of the piece. Like the window-jump stunt itself, this idea feels like I’ve seen it before. Beautifully shot and part of a great new groove for No7 but, sadly, not quite as magical as the previous two spots in the campaign. Only a mild pang.

Lloyds Bank. It doesn’t bother me that it keeps doing the same thing again and again, because the image of the black horse galloping through our lives is brilliant. Simple, powerful, iconic. A solution that was in the logo the whole time. The only letdown is the pro forma whispery cover of a pop song. But, despite that, this makes me feel weirdly proud of Lloyds. A significant pang.

Financial Times. Alternative points of view on topical issues. Didn’t The Guardian do this? Didn’t The Economist do this? Didn’t The Guardian do this a second time? It’s definitely a well-worn approach for those who deal in current events and – again – these ads suffer from overfamiliarity. There is a good, ownable thought in "thinking beyond the black and white". I’m interested to see where that goes. But, right now, this is nothing new. No pang. Yet.

Superdrug. Idea-less, generic, pop-video nonsense. How do you write ads like this? Like, literally, what do you write on the page? "Coloured smoke, glitter, marketing adjectives and whatever’s in the charts that month"? Or are they all just mood films that escaped the boardroom and went rampaging off into the real world, frothing at the mouth and barking "CHEEKY! DARING! FUN!"? If it’s all meant to hang off "Super smug" at the end, it doesn’t. Entirely pang-less. Un-pang. Sub-pang. Bafflement.

That’s it. The pangs have been mostly tolerable. The black ball of spite in my abdomen hasn’t burst. But I’m sure it won’t be long before I turn a page or open a new tab and see an ad that hurts. Perhaps even one done by a mate. Those ones reach the highest level on the Pang Assessment Scale: Worst Pang Imaginable.

No7 "Ready" by Mother London