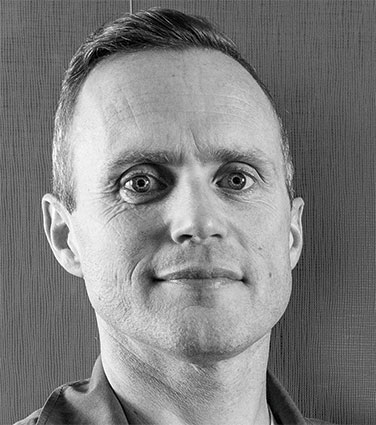 Cockwombles with megaphones. That’s what social media’s given us. They used to keep their pishwaddle to themselves. Then Silicon Valley gave them a platform to spout off to the world. They got louder. And brands, which once were OK appealing to some people and not others, now get terrified about one neggy comment on YouTube. Blandvertising takes over – work designed to upset no-one, that talks to no-one, that’s loved by… no-one. It’s work without edge.

The thing about creating work with edge is that, like the best comedy, it’s sort of inevitable that it’ll make someone, somewhere, feel uncomfortable.

Something that Gillette and HSBC have been doing of late.

Gillette’s work is saying: "Don’t be a knob, so your son’s not a knob." I can’t argue with that. The line-change and questioning of its own 30 years of toxic masculinity is great. Doing something about societal problems and not just being another flag-waver is great too. The problem is, I don’t believe it’s honest or true to the brand. This "purpose" feels contrived by the agency and not inherent to Gillette. And I hope it’ll be taking the same approach to the toxic femininity ads for its more expensive, pink women’s range.

Upsetting the snowflake gammons is HSBC. It has hedged its bets on more of its customers being pro-globalism than not and put itself out there. A huge brand in a conservative category coming out with its heart on its sleeve is admirable. The writing is insightful and shows great restraint and dignity. Yes, it will pump enough blood to turn a gammon mauve. But it will strengthen and galvanise a different set of people. The localisation is really emotive, and for a six-sheet that takes some doing.

The Army’s been dealing out discomfort too. For me the real discomfort is using the Kitchener poster – time was up for pastiching that years ago. The films are more successful. But linking civvy skills to Army skills is a tried-and-tested route for it. And the edge here has come from the stereotyping of millennials, when it should be coming from the brand itself.

The Economist was a pioneer of defining its target audience and alienating everyone else. It seems to have lost it. This is going to pass everyone by I’m afraid. It’s like a recruitment ad for teachers.

ITV and Ikea have created the elusive: edge without upsetting anyone.

The ITV ads are stylish, composed, elegant and a delight to watch. In the golden age of TV, an idea about strength of character is a fantastic thing to own. The writing, performances and cinematography are way, way superior to anything in the actual shows. And that is exactly what advertising can do when it’s this good.

Another fabulous film from Ikea. A nightclub for sleepingnin. Super idea, beautifully realised. The details and touches are fantastic – a toast kebab? YES – all day long. I’m flabbergasted this club doesn’t already exist somewhere on Redchurch Street. And props for picking an audience and going for it, full pelt.

While in trendyville, Hiscox couldn’t have selected a less sympathetic bunch than hipsters selling fold-up bikes in Shoreditch. That said, the idea of cyber hacks played out in the real world is a great one. It’s well executed, entertaining and educational.

The last three are probably too comfortable to make anyone uncomfortable. I like the Babbel idea but this film’s not a patch on the first. Which does make me wonder whether this alien has any more legs (metaphorically).

The Tesco spot is fun, but it’s never going to unsettle anyone. Everyone loves September by Earth, Wind and Fire…don’t they?

And sore glutes may be the only discomfort felt from The Gym’s work. The film takes several tropes and combines them to good, original effect. Overall it feels a little budget, but there are nice touches of humour in there.

The very best work lives on a knife-edge. Will it be really great or really shit? One wrong decision could turn everything to soup. That’s an uncomfortable feeling for us and for our clients, but it’s what gets to the most progressive and interesting work.

What’s ironic is that work that doesn’t divide opinion or make anyone feel uncomfortable is called safe, when, really, it’s the opposite of safe. Because if the work’s safe, then you can be sure it won’t work. 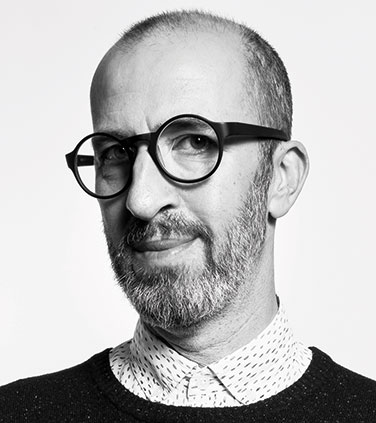 Is it me? Or does everything keep changing? In our little marketing bubble it seems our new normal is the shock of the new. There are restructures, mergers and re-badging going on all over the shop. VMLY&R, Engine, Wunderman Thompson.

So I’m rolling out a little restructure of my own. Innovating the outdated process of reviewing ads one by one. I’m going to "merge" the work in Private View and review two at a time. This should drive significant operational efficiencies and cater to the thumb-happy attention spans of Gen Z.

Babbel and The Economist

Hiscox and The Army

This is good old problem – solution advertising. A long list of negatives teed up nicely in the viewer’s mind like a neat little row of bogeymen. All so that the service can swoop in and heroically knock ’em for six. I guess that’s the game when you’re selling defence. The thing is the negatives here just feel a little forced, contrived even. Maybe it’s because I’m pretty paranoid already but I’m not a fan of advertising that makes people feel like they’re being attacked – when they’re probably not. Or are they?

This next pair aren’t bad. I suppose that not bad is as good as it gets with some brands. But not so long ago, these guys were cranking out some truly wonderful work. They’ve just fallen a little short on this occasion. But they’re trying –trying to do something different. And as long as you’re giving it a go, you’re alright in my book. They just need to rediscover their mojo and find some way of doing the wonderful everyday… Boom-tish.

ITV and The Gym

Now this is a bit more like it. It’s from one of those cool little independent agencies with a hip name. No amalgam of letters for these guys, they’re doing it differently. This work snubs the tired old conventions of the category too. It’s pulling the emotional levers with proper insights that dramatise the "whys" not the "whats" of the service. More than that, it’s entertaining. I don’t mean entertaining for ads but entertaining in their own right. And you can’t ask for much more than that.

Lastly, the juicy stuff. I could quite easily fill the whole piece with my musings about these. But I’ll to try to keep it short.

Now, I have all kinds of issues with the work itself. Executionally, it could have been way better (especially that one).

I’ve also heard the rabid cries calling it disgusting that big brands are co-opting movements to make money. But I’m giving the brands the benefit of the doubt on this occasion. This is largely because I’ve been around long enough to see the good, the bad and the ugly of our industry. And I’ve never seen anyone – not agency, not clients, no-one – ever rub their hands together like some evil Bond baddie and say: "How can we hijack this cause to make money?"

Whenever these ideas come up, it’s usually just a bunch of well-meaning and decent humans trying to do something positive for a change. Yes, they might be misguided, but they’re not exploitative. Besides, I don’t know about you, but I much prefer an ad that nudges people to consider their city’s place in Europe or how men treat women, over an ad about interest rates or how many blades a razor has.

It’s a bit like renaming agencies or merging the work in Private View. Not everyone will like it. But fuck it – it’s only bloody ads, innit?

Hiscox "The hack" by AMV BBDO

British Army "Your Army needs you" by Karmarama