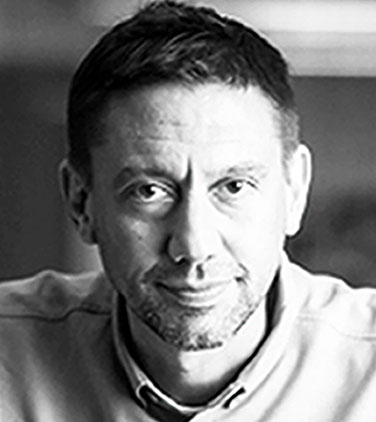 Here we go again. In my first Private View for Campaign after moving to the UK more than two years ago, I said that I believe it’s extremely tough to do something that’s truly great.

Fast-forward to a global pandemic, economic downturn and the world turning upside down, and saying it’s extremely tough to make something truly great right now sounds like the biggest understatement on the planet. But – it’s not impossible. I’ve lived and worked through a couple of recessions in my country, and learned first-hand that it was the agencies (and brands) that took a smarter, more creative approach to business during a downturn period that ended up winning the long game.

On the Beach gets it right. A beautifully written voiceover and a brilliant read from Iggy Pop. The cinematography is simple and impactful, and there is a hypnotic quality to it, which I liked (or maybe I’ve just been away from the beach too long).

On to the Figureheads podcast for Barclaycard. I’ll be honest, a podcast from a bank wouldn’t usually be my first listening choice but, that said, it’s always a good idea to be helpful and share stories and wisdom with others. Hopefully, these lessons will find the people who need them the most.

"Whatever it takes" from Macmillan is raw and real. I like that it’s not pretending to look the other way and it has a good balance of darkness and light, which can be difficult to get right. Tough to rank against other ads from Macmillan, some of them masterpieces, but this is a valuable piece of work in an incredibly rough year.

Generally I am not a fan of ads that recruit soldiers but at least this from the British Army takes a different approach to the "tough person" stereotype. It’s more human and more realistic, which probably means it will be more effective. And I’m not sure how positive I feel about that.

Another good one for Ikea with the clever line "fortune favours the frugal". It’s smart, simple and also managed to sell some specific products through the ad, which was surprising. As usual, [director] Tom Kuntz is precise and executionally clear. Again, Ikea’s challenge is that it’s competing against its past work, some of which is flawless… but this is definitely one of its best from recent months.

I agree with Rebel Kitchen in message… I’m just not sure of what relationship this message has with the product. But they’ve spent money criticising someone I profoundly dislike and, while it feels a little opportunistic, someone was bound to do it, right?

Next up, Santander. I get what they were going for, playing off how far a company can go to be innovative. But in ramming that home, they forget to really land what it is that they are doing, as opposed to what they aren’t. The execution isn’t that clear, and the humour is a bit too broad to be memorable.

Yes, Weetabix. Simple and direct, which, in our chaotic times, is a welcome relief. Solid concept, clear strategy – feels right for the brand.

I really want to love the Beagle Street ad. And I do in part – the art direction is awesome and it’s a sweet idea – but I’m not totally convinced by the rhyming voiceover. [Model maker] Andy Gent is a genius but I’m not sure this all works together as well as it could have done.

Lastly, let’s talk about Quorn. This had some whimsical, fun moments that made me smile but, somehow, I think the message falls a little flat. It’s essentially just saying the product is good for meat eaters but, as a meat eater, that’s not enough for me. The endline about lowering your carbon footprint seems to be a better approach to convince meat eaters to switch. 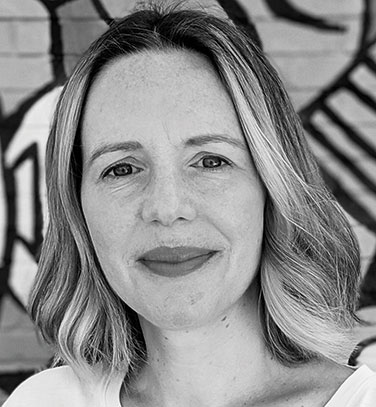 New year, same shitshow. It’s like Groundhog Day but instead of finding increasingly charming ways to woo Andie MacDowell, we’re stuck in a spiral of lockdown and home-schooling hell. Oh well, let’s hope the creative genius contained within these ads can restore our battered chakras.

First up we have On the Beach telling me that "Everything’s better on the beach", which leads me to believe it has never undergone a complex medical procedure. Any sort of invasive surgery, life-threatening or otherwise, should never be performed on a lilo. That said, I like the optimistic tone and Iggy is a great choice of voiceover. I was pleased to see that they shot him alone at the end of the spot, rather than among the throng of over-excited holidaymakers. After surviving his hedonistic drug-taking, self-lacerating punk years, it would be a rather tragic end to catch the Covids off some bloke in Bermuda shorts.

Barclaycard has also gone for an inspired choice of talent to front its new series of business-related podcasts with Warwick Davis, aka Wicket, aka Willow, aka Filius Flitwick hosting each episode. The content is genuinely engaging, and it’s refreshing for a bank to put something like this out in the world rather than just flogging its latest wares.

Speaking of wholegrain breakfast cereals, Weetabix ran a fun press ad at the start of the year asking 2021 to kick things off on the right foot by consuming its nutritional product. However, with the events of the past few weeks, it seems 2021 must have been intravitreally injecting aspartame instead.

Next up is a campaign for the British Army. Apologies in advance to the team behind this work, as it’s nicely shot, but army recruitment ads don’t sit well with me. They tend to target young working-class people with limited employment prospects and, in the current climate, I bet 16- to 25-yearolds are signing up quicker than you can say "Das Boot".

Ikea has made another brilliant ad in a long line of making brilliant ads. What’s great about this campaign are all the things it’s doing behind the scenes to back up its environmental message, including buying back unneeded Ikea furniture in exchange for credit. Does this mean we’ll finally see an end to the senseless abandonment of Billy bookcases on motorway lay-bys? We can but dream.

So, Donald Trump is no longer the president of the United States. Is that a good or a bad thing? As an employee of an impartial organisation, who isn’t allowed to express my personal political views in public, I couldn’t possibly say, but I bet the folks at Rebel Kitchen are over the fucking moon. Hats off to them for turning these ads around so quickly after the Capitol riots. Nice, clean art direction, too.

This ad for Santander took me a while to get my head around. It’s an ad for a real bank (Santander) about a fictional bank (Bank of Antandec) where they are launching a virtualreality version of that fictional bank. It’s all rather Inceptionesque, but I guess it makes sense that Ant and Dec would have their own bank – their combined wealth is probably more than most developing countries.

Nearly there! Beagle Street has made a charming campaign with lots of little people. No, it’s not the cast of Time Bandits but a miniature village created by the model maker behind Wes Anderson’s Isle of Dogs. I’m quite jealous of the inhabitants – they may be two inches tall and made of plastic, but they’re mingling willy-nilly without a surgical mask in sight.

Lastly, Quorn is encouraging dedicated carnivores to adopt a flexitarian diet, which I can totally relate to: after three kids I’m also sworn off meat… which brings me neatly back to my battered chakra.

Macmillan Cancer Support "Whatever it takes" by AMV BBDO

Weetabix "A bowlful of hope" by BBH