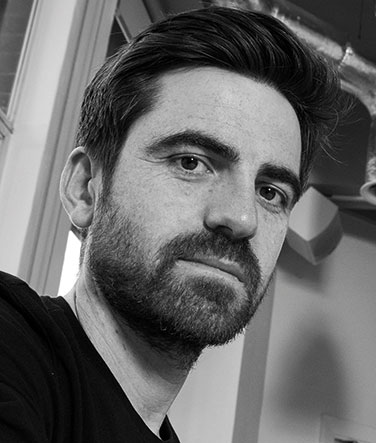 Fun. Now there’s a word that struggles to live up to its promise. But an important one when it comes to ideas. If an idea is fun to make, the audience will get a bit of that back. This doesn’t mean easy. Fun can be gruelling. It can be eye-opening, new, dangerous, exciting. It’s everything that makes you want to pour your heart and soul into a project. Everyone having fun right now say "Yay!"  Now, let’s all hold hands, skip down to the work and see who’s been having fun, fun, fun.

Michael Bublé has been having fun pretending to be a creative. He’s on the credits for an idea (for O2) that uses volumetric 3D capture technology to create what is effectively an AR version of a cardboard cut-out. "Got anything else, Michael? No? OK. This is it then." Anyone seen when Adele becomes Jenny? It’s worth a Google. I bet that was fun to make.

Sticking with new digital technologies, this time we’re spending three days locked in a room capturing ballet and opera stars. Fun. The result is beautifully mesmerising. Two-and-a-half minutes starts to feel a bit like a Wagner opera, though, impressive but a touch long. My only other niggle is that the campaign preaches to the choir. Pitching The Royal Opera House to a surprising audience would be fun.

Stand Up To Cancer. A smart idea: get a huge community of people who usually sit around fighting completely pointless things to fight something worthwhile. I’m not sure that creating a film out of existing game footage is the most fun way to execute this though.

I saw a poster for Burger King’s "Act of history" on the Tube and it grabbed my attention. Burger King will pay £20,000 for someone to try its new chicken burger in an ad. Fun. This video isn’t though. It’s so overly polished that you don’t believe it’s real. It makes you wonder how a guy with a smudge of mayonnaise in his beard was allowed to go out. Maybe that was the only "real" bit allowed. Not fun.

It’s the new Honda ad. It must be good. Cover up the logo and put Citroën or Suzuki on it and I think you’d say it’s OK. It doesn’t make me feel much. The voiceover is cool and distant. The concrete cold and hard. The type looming and shouty. I can imagine the shoot was cold, dark and hard, too. Sitting in the dark staring at a car whizzing past concrete walls worrying about the weight of good work gone before.  Not fun.

Helping Asos create a line of clothing called Collusion that promotes inclusivity, on the other hand, sounds like a lot of fun. As does collaborating with an audience that is 67 years younger than you. Creating 100 documentaries – 100!  Someone has obviously had so much fun they’ve just kept going and going. Good for them – the result is a project that exudes passion. From the films to the website and the clothes themselves it’s all beautifully put together. No wonder the range has already sold out. Fun, fun, fun.

Staying on the Uncommon fun bus. Habito. How about making a mortgage ad that rips up the category and gleefully breaks every rule of making boring banking ads? Celebrate the negative. Fun. Death metal track. Fun. Grizzly cartoon hands ripping someone’s guts out. Fun. The result is an ad that doesn’t just stand out, it stands out screaming at the top of its voice.

Now, a slightly different tone – the Department for Education. The girl’s foot nervously wrapping itself round the chair leg is such a beautifully observed moment someone has obviously had fun making this. The idea is simple and motivating, the technique is nothing new but the level of craft makes it utterly engaging to watch.

Amazon Prime Video’s new campaign is also a joy to watch. The truth. The way the content is seamlessly woven in, yet remains front and centre. I reckon these would’ve been loads of fun to make. In fact, I was so keen to join in the fun I popped on to Prime to see what else was there. Peppa Pig.  Episode one, I’m a hands-on dad who has the love and respect of his family. Episode 1,576 I’m a silly Daddy Pig who does the bare minimum and is now the laughing stock of his wife and kids. Fun.

Last, the BBC Two rebrand. Reviewing your ex-partner and agency’s brilliant new work in Campaign. Fun. Campaign telling me I’m not allowed to say anything about it. Not fun.

What I will say is that when you loosen the leash and allow talented people just the right amount of freedom to have fun, you see it all over the work. 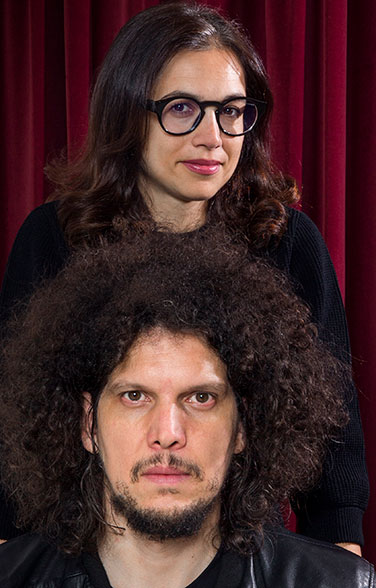 Welcome to Private View, the extreme edition. To keep in tune with today’s world, we will take turns looking at each entry from both ends of the spectrum.

After all, no great idea ever came from consensus.

The following views may have been exaggerated for entertainment purposes.

Ana, the lover: These are well written, and the cast, direction and editing make it genuinely, and not just theoretically, funny. They are especially rewarding if you are a fan of the shows, and don’t get tired after repeated viewings.

Hermeti, the hater: If you haven’t seen the shows, you have to try hard to enjoy these. And who has five minutes to dedicate to a series of ads at this day and age? Certainly not me (and I work in advertising).

Hermeti, the lover: This looks fresh and raw. Born from the people it is selling to. It has the right attitude and purpose in mind.

Ana, the hater: I can’t help but feel that a lot of people who watch this might end up disliking the Gen Z depicted in it. They come across as self-righteous, precocious and over-confident. Which I’m sure is the opposite of what most young people feel right now.

Ana, the lover: This is quirky and fun. Unlike most things out there, especially for this category, it’s bright, bold and on the nose, but in a good way.

Hermeti, the hater: Why should I trust an ad that took 95% of its time to degrade the obviously evil competitor? If you have something so angelic to say, why make me Google it?

Hermeti, the lover: Apparently it took more than 20 years for BBC Two to reinvent its idents. But it was more than worth the wait. Every time I watch them, which has been many times, I find a new favourite. #jealous

Ana, the hater: I’m sorry but I can’t find fault in these. They are simple, beautiful and delightful to watch. The lesson here is that the things that sit around entertainment can be entertaining too. Get the hint, adland?

Stand Up To Cancer

Ana, the lover: A heart-thumping, feet-tapping, spine-tingling megamix of some of video-gaming’s biggest icons for a brilliant cause.

Hermeti, the hater: A case-study-using-existing-footage edit trying to convince gamers to play something on a website for a charity being run by a telco brand as part of an existing campaign featuring other celebs with a different tagline.

Hermeti, the lover: No matter the result, one should always try to push the boundaries of what’s possible, or not. As ridiculous as that may be at the time. If for nothing else, we will at least learn where not to go.

Ana, the hater: Advertising sometimes passes as the junkyard of technology, where all brilliant innovation comes to die. Why go through so much pain, effort and money to create something unmemorable and immediately obsolete?

Ana, the lover: This is a beautifully told story with a true insight. It’s sure to make people think more positively about teaching – a profession that could do with all the love it can get. Who of us doesn’t remember not one but several teachers who shaped our minds throughout our school years?

Hermeti, the hater: This film feels remarkably similar to a certain style of communication used by a high-street retailer around the festive period.

Ana, the hater: Why should anyone care that Burger King is in love with itself for having made an OK chicken burger?

Ana, the lover: This is a lovely piece of craft. A well-used technique, given a new spin… pun intended. Sleek and minimal.

Hermeti, the lover: What a beautiful technique. The print is especially good.

Ana, the hater: The films are too long. Only the opera crowd will have the patience to watch until the end.

Collusion "For the coming age" by Uncommon