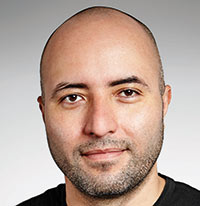 I personally value constructive criticism more than a false compliment or polite silence. So I’m starting Private View with a bang. We should be more honest. However, in the context of a year that has already started with more doom and gloom than we would like, I will be politely honest.

The selection of work here includes an odd piece, Transport for London’s (1) "Master improvements", which feels out of place because the posters aren’t particularly outstanding (as some of TfL’s posters are). I feel underwhelmed. It’s important for posters to have good minimalist design and, most of the time, a clear message, but I am a fan of bolder, more striking stuff.

Skoda (3). It’s difficult not to like this because of Sir Bradley Wiggins – and who doesn’t like a story that makes you remember your own childhood? But… the narrative doesn’t really connect with the car or the brand’s message. How is it "driven by something different"? The connection is a bit shallow and left me wondering: "Does Sir Bradley Wiggins actually drive a Skoda? Will I remember the car or the film tomorrow?" Probably not.

Galaxy (5). An ambitious production that relies on some good acting, which didn’t really happen. The idea felt a little worn and cheesy, but it makes more sense at the end with the tagline. I did show it to my wife on Valentine’s Day while she was feeling "emotional" and she did sigh, so what do I know?

Coco de Mer (4). Beautifully edited, it feels timeless and it’s done with attention to detail and awesome lighting in every scene. The great choice of music gives it elegance, despite the very sensual shots and bare "outfits" (I guess that’s what they sell!). It’s one of the best pieces here with a mischievous idea that makes you laugh or at least smile: and, I confess, it made me blush a little (not really, but kind of). It achieved all of advertising’s purposes with beauty and a very provocative message.

And the Oscar goes to…

The Climate Coalition (2). A beautiful, moving film, and it’s impossible not to feel alive and care about our planet after watching it. Needless to say, the film craft is impeccable here. It’s the best I’ve seen in our industry this year by a mile. Hang on, it’s only February. Anyhow, the scenes are gorgeous and the crescendo with Elbow’s track can lift the hairs on the back of your neck, even if you haven’t really paid attention to the powerful poem by Anthony Anaxagorou.

With my admiration for the film put aside, I wonder how effective this piece would be on the greater public. I myself struggled to stay alert for the entire three minutes after a long day and I had to replay it to take in the words and actually understand the message, or love letter, in its fullness. In the end, after watching Charles Dance, the ad made me Google the next-season release of Game of Thrones (this summer, date TBC, by the way). 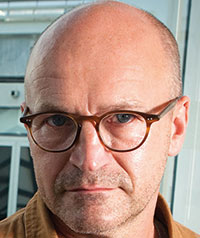 I’m sure Valentine’s Day had many scrambling around looking for the perfect gift to buy for that special someone. Luckily for me, I had to review these ads – what more could a creative ask for than to indulge in some lovely pieces of work?

Indulgence is what you get from the off with this Coco de Mer (4) ad featuring Pamela Anderson; showing that treating yourself on Valentine’s Day can be far more pleasurable than treating others!

I really like this ad; it has great style, beauty and attitude. The lovely filmic narrative builds tension in what you expect to be a typical lingerie-clad encounter, but adds a surprise twist. With rose petals on the bed, candles flickering and music playing, we’re all waiting for the lover’s entrance. But then Pam locks the door and seeks her Valentine’s Day pleasure in a Coco de Mer toy. It’s a long, long way from Baywatch for our Pam, but she didn’t look in the least bit chilly away from all that sun and surf. Gorgeous and unexpected, it pushed my buttons, so to speak.

Indulgence was also high on the agenda for Galaxy (5). The lush and wonderfully crafted film, "The chase", follows a woman nonchalantly dodging arrows shot by a Cupid with a terrible aim. The drama skilfully unfolds as you follow our heroine’s journey. Arrows thud into bodies around her until the moment when she savours the smooth chocolate. At that point, Cupid’s arrow finally finds its mark and she is united with her soulmate. The tagline tells us to "rush less, feel more", which is fine by me, together with a cheeky cube or two of Galaxy, of course.

Skoda (3) has created a lovely film to kick-start its new partnership with Sir Bradley Wiggins. The film pays homage to this record Olympian, clearly showing his independent spirit and incredible drive to win. And while you know why they’ve used him to position Skoda as the smart, independent thinker’s choice, I can’t help thinking that Sir Brad’s engine is a lot more impressive than Skoda’s. In fact, I’m not sure the two are even in the same league.

Like the previous three, the quality of film in The Climate Coalition (2) ad is beautiful. It led me on a wonderful and emotive journey, and the narration and imagery inspired me with how beautiful our little Brexit island really is. The actors were slightly predictable, but they do enough. However, while the ad stirred great emotion, I felt it failed to inspire any action in me. But maybe that was the point.

While inspiring, moving films have been the medium of choice so far, Transport for London (1) brings up the rear by showing that good design in static images can still inspire emotion.

These posters are charming and they keep the Underground’s graphic legacy alive and well. It would have been too easy to try to reinvent the wheel and ditch all the residual emotion and familiarity connected with the much-loved Underground posters. The art of simple isn’t always that easy to do, but they’ve moved it along well; staying true to tradition but making it current.

Škoda "The climb" by Fallon London