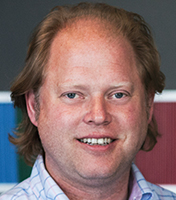 There is more than a whiff of Cannes in the air. The first extension to the deadline is closing and agencies are clamouring to get ever-more innovative and tactical creative ideas under the wire. This week, we have pigeons with backpacks monitoring air pollution, a charity asking us what the fuck have we done with our wasted lives, a poster fitted with a speed camera, a pastiche of a game show and a nine-minute short from Mini. Not much of the big brand thinking that keeps us all in a job, I’m afraid. But La Croisette beckons and dreams of slipping in a Nazis Against Nazis or anything that we can claim is technology-led, innovative or doing good for the world, however spurious, tend to mono-polise our thinking.

First up is a loft of racing pigeons wearing backpacks that detect pollution. The stunt is designed to draw attention to the poor air quality in London and promote Plume Labs’ (4) air-quality app. We are assured the backpacks are as light as a feather and that the pigeons will only be wearing them for their three-day jaunt around the city. This selfless act will allow Londoners to find out how polluted their area is using Twitter – the case study is writing itself. I’m not sure this has done much to increase my concern over the air quality in London or convince me that I need the app. But it did grab some headlines and the idea of using pigeons, often dubbed flying rats, to highlight pollution levels in London is pretty funny and can’t help but raise a smile.

Mellon Educate (1) is a charity that builds schools and homes in Africa. To recruit volunteers for its annual Building Blitz, it has created fake clickbait films challenging us to do something more worthwhile than watching pointless things on the internet. They swear at us quite a lot. One uses #WTFHYD (What The Fuck Have You Done). Another shows a puppy chewing corn and the titles tell us: "Stop watching this pathetic dog eating corn… go build a fucking school!!!" It is refreshingly different for a charity and, strategically, I like it. Creatively, I find it a bit bald and brutal.

Reebok (5) has done a poster for the ZPump Fusion 2.0. But it’s not just a poster, of course – it’s a poster linked up to a speed camera to see if people can run fast enough to earn a free pair of trainers. The problem is I’m just not sure this is original enough to be shared and it does nothing to make me want the running shoes. I dare say the case study will tell us otherwise.

Kitsch is never easy to pull off – though I would never knock anyone for trying – but the EE (2) game-show pastiche ends up overpowering a very compelling product point. I liked the cut-aways to Kevin Bacon playing caricatures of the general public but, rather than laughing along with the pastiche, it comes across as trying too hard.

And, finally, we have a nine-minute short for Mini (3) shot by Joachim Back. I have always liked the aspiration of car companies allowing talented directors the freedom to make short films featuring the car without foisting product points on us. The car looks great driving through the streets of Miami and the thought "stay open" for a convertible is smart. The plot of the film isn’t perhaps as compelling as it could be, given such a rich territory, but I certainly find myself feeling drawn to the car and the brand – which is, after all, what we all should be doing.

Nothing here feels like gold, but there are still a few weeks left before the boat has sailed for Cannes. 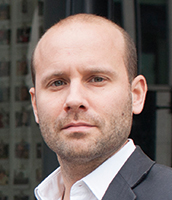 April already? Where does the time go? If the recent chuckling over agency nicknames is anything to go by, you’ve probably spent the occasional Adam & Evening or Weekend & Kennedy working hard to create campaigns just like those in this week’s Private View. If you can spare a minute, let’s take a moment to see if it has been time well spent.

First up is a not-so-mini Mini (3) adventure: a nine-minute film for the new convertible encouraging us all to "stay open". Some people, I suspect, won’t be open to nine minutes of car advertising, but those who go the distance are treated to a better-looking version of Groundhog Day. The Bill Murray stand-in repeatedly wakes up to face the prospect of his business partner not only selling off their company for the corporate dollar but stealing his girlfriend in the process too. At the third time of asking, our hero employs the benefit of foresight to choose the open-road, top-down, drive-into-the-sunset lifestyle that comes with a car like this. It’s making me wonder if it’s time to upgrade my ride, but then I start daydreaming about which day of my life I would most like to repeat over and over again till I got it right. That would be time well spent.

For the time-poor among you, here’s an activation specifically designed for those in a rush. Reebok (5) knows that people don’t have much dwell time when it comes to posters these days, so it has built one with a speed camera attached. Run past the poster at 17kph and there’s a pair of ZPump Fusion 2.0s in it for you. It’s a nice, simple use of tech to create a bit of excitement on the street.

Tempus literally fugit in this activation for Plume Labs (4). Apparently, there are pigeons with high-tech, feather-light air-quality-monitoring vests strapped to their plumage Tweeting real-time localised pollution-level updates. Any pigeon fancier will tell you that that makes for a pretty fancy pigeon indeed. As someone gasping lungfuls of dirty London air every day on my bike, it’s good to see that the smart pigeons generated column inches about our air quality. It’s also got me thinking about how else we might put London’s much-maligned pigeons to good use. Delivering Amazon orders? An alternative to Deliveroo? We could call it Delivercoo. (Sorry, couldn’t resist.)

Mellon Educate (1) comes right out with it in the next campaign and asks us what the fuck we are doing with our lives (yes, that is an education charity doing some full-on swearing in its ad-vertising). Recreating the kind of films people waste their time watching online is a clever way of letting people know that
a more meaningful existence awaits if you volunteer to join Mellon Educate’s school-building and education programmes in Africa. I can only hope that the volunteer teachers aren’t as liberal with the F-word once they get into those newly built classrooms.

Finally, we have the latest episode in the hard-working Kevin Bacon campaign for EE (2). This straight-forward instalment sees Bacon promoting his paymaster’s 4G service, challenging Countdown’s Rachel Riley to work out why you’d consider watching anything on any slower network. Vorderman 2.0 uses all the formulae in her big brain but can’t crack it before she’s all out of time. "Ba Da Ba Da Ba Da La Da Boo", as they say on Countdown.

And that’s very much what we are now. You’d best get back to it or you’ll be late home for dinner again.

EE "It's A No Brainer, with Kevin Bacon" by Saatchi & Saatchi

Mellon Educate "what the fuck have you done?" by Dare

Mini "this day forward" by WCRS