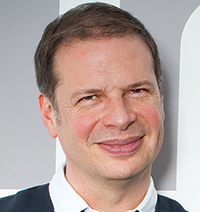 Did you know that a fig is essentially an inside-out flower? And that figs can only be pollinated by one particular species of teeny, tiny wasp laying an egg inside them? I say this because sometimes you open things up and there is something unexpected inside. Like the briefing email I got for this piece. Bless you, Campaign, for sending me four pieces of genuinely effective "advertising" (younger viewers, look that word up. It means "selling") and one work of absolute, inarguable genius. The wasp egg thing is not relevant to the inside-out flower thing but when people ask me to write 500 words, I write 500 words on the nose.

The new McDonald’s (4) ads (that’s the plural abbreviation of the word "advertisement" there, youngsters) are a clever and witty pretend game. They pretend that if you Google the letters "Bi", the first thing that comes up is "Big Mac". Tap in "Fr" and you get French fries. Smart, simple and iconic. (Though not actually true in my test.) Well done everyone involved. I had a go with my name and got aced out by Peters Andre, Rabbit, Kay and Borough. In fact, I got all the way to "Peter Sou" and still got beaten by former MP for Leicester South Peter Soulsby.

Ted Baker (2) has done a fairly passable impression of a movie trailer for its ad (singular abbreviation for advertising there, millennial). But ends it with the gorgeous "Mission Impeccable" pun so meets with my deep approval.

Avon’s (3) advert (another way of saying advertisement, foetuses – try not to pronounce the long one "ad-ver-tyz-ment") has another likeable coinage in "morning face". A sweet, human way to grab attention in order to sell cheap cosmetics. My only slight niggle is that, as they were going for "real" people, maybe they shouldn’t have been shot by what is clearly a full film crew. Less polished would have been more believable, if that’s not too churlish an observation.

Very’s (5) campaign (darn – run out of different versions of the word advertising so instead I’m just going to reiterate that it is still OK to say you work in advertising. And that, by doing so, you help keep people in employment so they can raise their kids and live in a slightly better house. We aren’t doctors but we also do a noble thing) is rather beautiful and extremely simple. Pretty girl wears a range of nice-looking Very clothes in a funky split screen. Creditable and effective fashion advertising.

OK. Disclaimer. I spent two-thirds of my professional life working at Abbott Mead Vickers BBDO and loved every second. It is the heaven of our business and was, in my day, ruled over by its triple gods David, Peter and Adrian. The ultimate admen. So, even if the Maltesers (1) ad was terrible, I’d say it was great. Fortunately, it is outstanding. Human, funny, sexy and incredibly brave. Couldn’t love it more. If you haven’t seen it already, see it already. 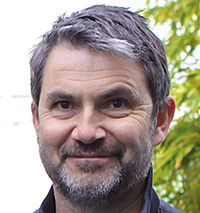 Because I’ve been travelling, I didn’t see as much of the Paralympics as I’d have liked this time around and so I missed two of the three Maltesers (1) ads up for review here. The only one I’d seen was the "New boyfriend" ad, which at the time I thought was quite risqué for the normally conservative Mars. To my mind, the word spasm was being used euphemistically to mean orgasm. Now having watched all three, I am aware of the perils of seeing one of a series out of context. All of the ads are spot-on (funny, sensitively written) and follow a long line of brands – or Abbott Mead Vickers BBDO clients, at least – getting charities involved early, from Sainsbury’s and The Royal British Legion to now Maltesers and Scope.

Ted Baker’s (2) "Mission Impeccable" is fun. I watched it, clicked on it and engaged with everything but the shop windows. It’s a great "lean forward" campaign. My only criticism is that if I wasn’t reviewing it, I probably wouldn’t have bothered with it. But then I’m an old fart and hardly the target audience.

Avon’s (3) "#MorningFace" is a bit more difficult to judge. The film is well-executed and there’s definitely a universal truth at the heart of the idea. The products come through in the film, but the call to action and the Twitter feed are confusing. There is also some very mixed "support" for the idea on social media. Those Avon ladies seem like a hard bunch to keep on-message as a media channel in their own right.

As a closet McDonald’s (4) customer, I’m usually pretty positive about the brand compared with some of its competitors, but this campaign doesn’t work for me. Parodying digital search in posters to promote popular products seems a wasteful over-claim and would have been funnier in digital media.

Finally, Very (5). Ah, the old split-screen technique. It has been done so many times that it’s difficult to make it look original or classy, which was probably the aim. I haven’t seen the rest of the media plan but the film leaves me cold, I’m afraid.