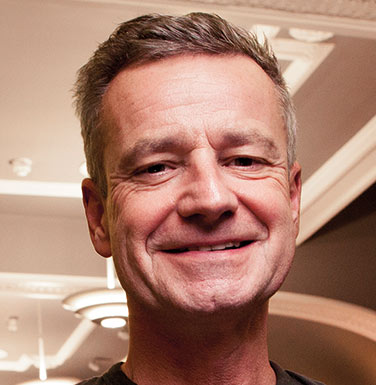 Seemingly every day now has something important attached to it. However, squeezed in between World Development Information Day (26 October) and Intersex Awareness Day (28 October), I notice that 27 October isn’t spoken for.

I’d like to propose this becomes International Content Day – a day to raise awareness of the pressure people in the creative industries are under, trying to satisfy the insatiable demand for content. The 10 pieces here underline that pressure. Do we have the time, resources and imagination to prevail in the struggle between quantity and quality?

First up is Warburtons. Peter Kay stars in, and holds together, a Jane Austen epic. It’s funnier than Warburtons’ previous dalliances with Kermit and Sly Stallone. (Although having worked with Kay on John Smith’s, I should point out that funny is pretty much guaranteed with the great man.)

Next, two films for Notonthehighstreet.com feature hard-pressed individuals who deserve a thoughtful gift. Like a personalised photo love letter necklace, perhaps? The writing is strong but the strategy isn’t.

Promote Iceland, the people paid to attract tourists to the country, have had an idea: they have created the world’s most difficult karaoke song. Fronted by a highly caffeinated local, the video encourages us to sing challenging Icelandic words. No doubt those considering visiting Iceland won’t be put off.

Vodafone has launched a sub-brand, Voxi, with a film called "Endless possibilities". It celebrates the digitally native creative community for whom Voxi was built. We’ve all had this idea – "let’s just edit together loads of weird content, it’ll make a really powerful cultural statement". Nothing wrong with the theory. But without an idea in there, "Endless possibilities" feels empty. And endless.

I see a clear link between Love Island and depression. So does charity CALM. It has cast Love Island’s Chris Hughes in an ad for a spoof mineral water brand, L’Eau de Chris, which is infused with his tears. The unalloyed facts behind male depression are truly powerful. But that power is watered down with Hughes’ tears and a convoluted script. Still, I hope this does a job for CALM. It does important work.

In an attempt to make consumers want something they didn’t know they needed, screen eyes has become a thing. Staring at screens makes our eyes feel dry so Optrex has perched mobile screens with unblinking eyes on either side of people’s noses. The visual device works. Especially for those of us who sensed something was wrong with our eyes but couldn’t figure out what it was.

Tullamore Dew is unique. Unlike these two films. They tick every authenticity box going but overlook the one marked freshness. They’re well made, well acted and well tattooed, but never rise above the category generic. Sorry.

Hats off to Jigsaw. It’s brave to spend your marketing budget championing diversity and challenging the notion of what Britishness is. Jigsaw makes its point eloquently and I hope gets the sales uplift it deserves.

Children’s charity Plan International UK wants to stick it to period shame with miniature sanitary pads worn as plasters. The aim is to tackle the social stigma of menstrual hygiene and show that periods are nothing to be ashamed of. This seems a small, quiet idea and I’m not sure it will change very much.

So, the odd bit of high-end thinking, but too many stodgy content fillers for comfort.

On International Content Day, we should certainly think of those creatives battling tricky deadlines and budgets to create quality work. We should probably also spare a thought for the audience who has to sit through it all. 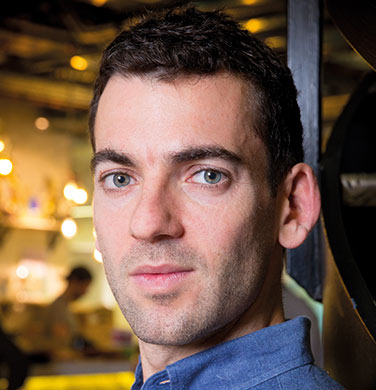 This is it, the final bag of addy goodies before the roar of snow machines drowns out any remaining sentient thought for the year. So, with the tin of sleigh-bell polish prised open and Santa setting his satnav for "town", let’s get on with it.

Warburtons seems to expect a disproportionate amount of Private View to be dedicated to it, and that’s why it works. It unashamedly demands to be famous and, usually, things don’t become famous without demanding it. Peter Kay’s performance feels like he enjoyed it, and there are a few genuinely lovely bits of writing. It’s populist, generous and knowing. Sure, it would be easy to trash as borrowed interest (as if real people care about that) but, out in the world, this is big, good work.

Less so is Notonthehighstreet.com’s "The home of thoughtful gifts". Ironically, given the line, nobody seems to have thought this through. The idea doesn’t make sense – there’s no link between the painful act and why it deserves a more original gift. And, while we’re here, the technique is done to death, the line is just the (rather familiar) proposition and the writing is flat. The people in the ad deserve a drink, not a personalised movie sign.

There’s sweet relief, though, in the form of "Freedom for girls" by Project Everyone. It’s properly, staggeringly, good. It seems to borrow confidence from Beyoncé, making you wait until half-way before you get to the facts. Sure, it’s brilliantly cast and shot, and feels wholly original even though you’re up to speed with the idea five seconds in. But, most importantly, it leaves you challenged and primed to act, not guilty and emotionally blackmailed. Not tears but adrenaline. I hope it’s a sign of things to come in the cause-related sector.

On the flipside, Plan International UK left me underwhelmed. It’s an OK piece of design but feels like the mechanics to show support alongside a bigger idea that never got made.

Authenticity is one of those words, so I’m intrigued by Voxi’s launch spot. It is a predictable centre to the Venn diagram of "millennials + mobile", but the execution is unusual enough to contrive something entertaining from the non-strategy. The technique, outsourcing origination, feels genuinely authentic, not "advertising" authentic. It’s a reminder that holding up a mirror to an audience remains less brave than giving them a camera.

It feels harsh to criticise work done for a phenomenal cause, but CALM’s "#DontBottleItUp" just didn’t work for me. It’s a pun, which is fine – except it’s not a very good one – and the execution feels a bit derivative of David Brent. Worst of all, I also can’t help but get a whiff of the Croisette in the ad-spoofing-ad structure of it. Not my cup of tears.

Promote Iceland’s "The A to Ö of Iceland", on the other hand, is irreverent, nonsensical marvellousness. It’s been handled with such joy, craft and freedom that I can’t help but clap along. Tourism is a category that produces some of the dullest work for the most interesting product. This shows it needn’t be so.

I’m battling the cynic inside as I look at Jigsaw. It brings to mind Bill Bernbach’s "a principle is only a principle once it costs you money". I wonder whether the facts were simply the result of being a global business in a global industry rather than a deliberate commitment that required any sacrifice. It feels convenient, rather than substantial. Ironically, a bit too much talk and not enough trousers.

The dystopian fun of Optrex is rather more puzzling. It does the work of landing the product clearly enough that it can then revel in the world it creates. It’s the world that’s the issue. It just takes itself too seriously. Nevertheless, it’s a reminder that there’s opportunity in every brief, no matter how dry.

I’m frustrated by Tullamore Dew. It’s miles better than the category but it just flinches when it’s about to land its point. We don’t live in a single-origin world, it almost says, and that’s great. What an insight for the world right now. And nearly what an execution. It’s still very good, but just a final punch in the voiceover and a dink to the endline away from being great.

Jigsaw "<3 Immigration" by The Corner

Warburtons "Pride and Breadjudice" by WCRS