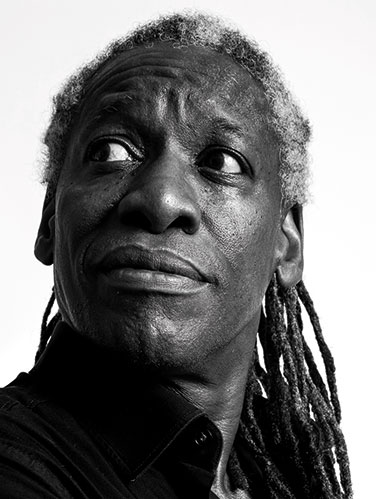 Tesco. This is a nice idea; it’s populist and I can see the thinking behind it. However, I just don’t think it was pushed far enough. The humour isn’t that strong and I feel it seems to plod along, in not enough of an unexpected way.

Burberry. Ordinarily I’m not a big fan of dancing ads, I sometimes think it’s a bit of a lazy concept and doesn’t say enough, but I actually love this. The production and the giant snowballs make it really surprising and exciting to watch. The dancers are incredible and obviously I think that the overarching partnership with Marcus Rashford and the fact that the brand is putting so much emphasis on its social responsibility is a brilliant thing. I only wish it had used a different track. Although it’s a great contemporary mix, the famous 2005 "Original, updated" Volkswagen ad with an update of the iconic Gene Kelly scene was so memorable that it ruins the track on this commercial for me.

Coca-Cola. Well, that was epic. I love everything that Taika Waititi lays a hand on. To be honest, I find the amount of money spent on this ad a bit sickening in the current climate, and so I really wanted to hate it. Unfortunately, it did get me at the end. I wasn’t expecting to be so moved by the final pay-off of the letter. I wanted to kick myself in the face, but I was well and truly got.

Aldi. After watching the Coca-Cola spot, this feels a bit like another "got to get home in time for Christmas" ad, but this time it’s a carrot. It’s nice and family-friendly but it’s not very original or hugely engaging for me – I’d expect better from Aldi. I also couldn’t help but shake the feeling that he’s going home to get eaten.

TK Maxx. I love the start of this, which is really unexpected and funny. Not so keen on the second half, though. I don’t think it needed to segue into the Babe-style farmer section – that could have been done with a good strapline. I hope the goat doesn’t get eaten along with the carrot.

Amazon. This is a great idea. The subject matter is moving and important, considering the tough position so many people have been in this year. Amazon is right to pay tribute to that. I like how everything cleverly ties up with the buying of the torch and so on but, for me, the execution falls down a bit. I didn’t connect with the casting, and the climax should

have been like the gramophone moment in Shawshank Redemption, but it didn’t quite hit the spot. A Morgan Freeman voiceover would probably help, I guess.

McDonald’s. I really liked this. My kids are at that age where they’d rather be on their phones/video games than hanging out with us, so I can relate. It’s well executed and kept my attention throughout.

Argos. The execution is ambitious and very Christmassy, but the fact that it doesn’t feel very original takes the gloss away from the execution for me. I feel like I’ve seen it quite a lot before.

John Lewis & Partners and Waitrose & Partners. The techniques used are really beautiful and interesting. While the reason for using such a wide variety of techniques wasn’t particularly clear, apart from to grant each character their own distinctive vignette, they’re all very well done. I love the "love-heart hair" and the overall message is touching. But I’m not sure that this would have kept my attention if it weren’t the John Lewis Christmas ad, as it’s not overly entertaining. They have an incredibly difficult job to try to match their previous enormous successes each year with such anticipation from people. I wonder if I was a young creative now whether I’d welcome or be extremely fearful of this challenge. I guess both.

Sainsbury’s. I’m happily surprised by how much I liked this. The simplicity of the idea here is key. It brings a very true idea to life in a really heart-warming and engaging way. It executes going back in time well and hits all the right notes around how people feel about their family Christmas. I was half-expecting to be underwhelmed when it started, but it definitely got me emotionally. It’s a clever use of narration as well, differentiating from your average voiceover with a contemporary and emotive spin. The racist backlash the ad has received is very saddening and worrying, but I’m glad Sainsbury’s has defended its position. What’s gobsmacking to me about this is that we’ve spent years watching all-white families in ads, which is totally unrepresentative of Britain, with nobody saying a word. 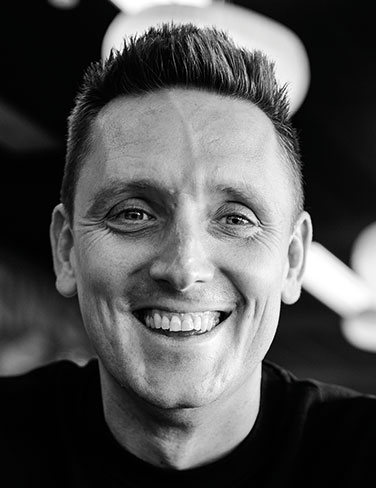 No-one gives a shit about advertising. If any year was going to prove there’s more to life than a 90-second TV spot, it’s 2020. [In my former job] nestled in Paddington at Adam & Eve/DDB, we were only a stone’s throw from St Mary’s hospital. Aside from the occasional royal birth, it was full of people really struggling. Any walk at lunch proved that. It’s a million miles away from what we do day to day.

So most advertising is ignored. We know that. Some is remembered negatively. A tiny fraction is remembered positively. In 2020, you now also need to cut through the conversation between I’m a Celeb… and the latest vaccine news. Maybe the TK Maxx goat strutting in heels does exactly that? Especially when it’s punctuated by such a meaningful and well-performed response from the farmer. A punchy 30-second spot is a rarity at this time of year. But I find it surprisingly refreshing.

I’m a firm believer that it’s hard to ignore work when it makes you feel something. But doesn’t the Amazon ad just make you feel like you do every year? Or worse still, like you felt during the first lockdown? Will consumers see through the multinational that has profited so greatly from the pandemic telling us "the show must go on"? Whatever you think, the outstanding ballerina makes a lasting impression.

Aldi feels equally disconnected, opening with "It’s not Christmas until Daddy gets home". But hasn’t Daddy been home since March?

Then there’s the work that echoes the behaviour of a nation. And the bad behaviour at that. We’ve all broken at least one Covid rule, so seeing that Santa also slipped away on holiday in the Tesco work is bound to raise a smile and an eyebrow in equal measure. The idea of scrapping the naughty list will probably create healthy sofa conversation.

This Christmas, we’re also going to be having more phone conversations. Calling those we can’t see, longing for that Christmas cuddle. Many of them will be hard. The authenticity shown here from Sainsbury’s will really strike a chord. Especially when the store and its employees rallied (along with many customers) in swift defence of the casting. Another worthwhile national conversation, surely.

Whatever happens, it’s important to sync with the drumbeat of the nation. But maybe Argos should have stuck to last year’s drums; that campaign featured a beautifully simple interactive experience in the form of the "Book of Dreams", catalogues you could flick through from any past year. How I miss unique interactive experiences.

"Are you not entertained!?" Gladiator is a firm Christmas classic for my Dad and me. And this is what Burberry does so well here. Ditch the dialogue. Dial up the music. And smash some snowballs. I don’t know why. And I don’t care. Beautiful. Captivating. Memorable.

Perhaps advertising, good advertising, has a more important role this year. To entertain. To bring people together. To make a difference. Especially when politicians aren’t. That’s why I think John Lewis & Partners and Waitrose & Partners got it right. What the film lacked in emotion, it made up for in what it stood for, how it was made and by whom. And ultimately what it supported.

But what if all the negativity, uncertainty and loneliness of 2020 actually makes us seek out the familiar even more? The reassurance of the Coca-Cola truck, for example. Even if this year was a strange blend of fantasy and reality, without ever really defining where it sat.

Did we reach peak Christmas in 2019? Two weeks ago at the school gates, a mum asked me whether the John Lewis ad was going to make her cry again this year.

And I thought people didn’t give a shit about advertising.

Burberry "Singing in the rain" by Riff Raff Films