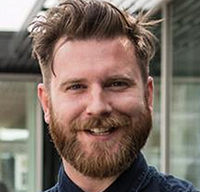 You: Coming to that thing tonight?

Me: I can’t. I’ve got to stay in and do Private View for Campaign.

Me: Well, it’s a bit of a tough one as they’re all big-boy brands. It’s a bit like one of those Superbrands books.

You: Ah, do you remember those books?

You: Alright, mate. Chill out.

Me: Look, I’m still trying to decide how I’m going to write it.

Me: Loads of brands.

You: Come on, grumpy cat. Who exactly?

Me: Well, first up is Morrisons (4). Nice film but feels familiar. No surprises or intriguing insights. And a brand claiming "Love. Morrisons makes it" makes me feel a bit sick. Still trying to wash the taste out from when Coke told me they were all about love.

Me: You know… it’s a great concept in principle, but the execution is all wrong. Dual-flush toilets are meant to use half the water but you always end up doing a double flush, wasting even more water.

Me: The premise is right but it gets lost in the whole American prison system.

You: Now there’s a sentence.

Me: Then there’s Heineken (5). Another one that feels like it’s two steps away from the product.

Me: Beer and football go together, I get that. But the added layer of pranks on mates makes it feel like a show about mates playing pranks on each other at football games.

You: Where’s the beer in that?

Me: That’s exactly what I thought! Then there’s Nike (1).

You: Oh, this should be more fun.

Me: Right? You’d think so, but it feels a bit 2005. Only use tech if it does something a shop assistant can’t do.

You: What’s that then?

Me: If dark colours are clearly your thing, how hard is it for an assistant to say: "Try these Air Max in dark colours." Feels like they’ve extended the horror of the automated phone call in-store.

Me: Take it down a notch. These are people trying to do their job.

Me: Right? It’s the flying dog thingy from The NeverEnding Story.

You: The NeverEnding Story? Do you remember that film?

Me: Are you serious? That’s why I said it. Dick.

You: So have you figured out how you’re going to write it? 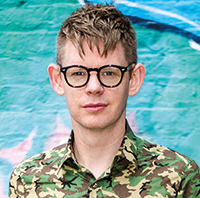 In a world where customer data is hoarded and used to predict future behaviour, here is a particularly odd application. A Nike (1) in-store "experience" born out of the misguided notion that the clothes I pulled on this morning should determine the colour of the next pair of trainers I buy.

It’s undoubtedly a fun bit of retail theatre, but the supplied reference image of a man wearing blue clothes, being served up a blue trainer, holds little hope. When data takes something I know about me, and then presents it back to me, little value is added. You like wearing blue? Buy blue trainers. I see far too many of these messages. It’s the anniversary of your trip to Switzerland! I know. Here are some great deals on trips to Switzerland! I’ve been.

And as (we think) we know more about a customer, our messages become increasingly specific. Increasingly "personal". We talk more about the things we’ve seen people do. It shows how well we know them. But does it inspire them? I don’t want marketing to be a mirror of what my life was. I want it to be a window to what my life could be.

It’s a drum I’ve been banging for a while. I was heartened at the backlash against Twitter and Instagram’s move away from reverse chronological timelines to algorithms that surface more of the things people engage with. It sounds proactive. But it’s incredibly presumptive. And restrictive: a constant reduction of your field of vision, based solely on your past interests.

Rob Lowe Tweeted it best: "One of the great rewards of being an adult is deciding on your own who (and what) you should be interested in."

Thankfully, real people don’t always choose their "next best action" based on a catalogue of their previous decisions. Otherwise, we’d be doomed to forever repeat the mistakes of our past. And, worse, to colour-match our trainers to our chinos.

Over at Persil (2), the kids don’t need trainers. Apparently, they spend less time outdoors than the duration legally mandated for prisoners. It’s a great fact at the heart of a great film, for the consistently strong "dirt is good" work. I’m just not sure they’ve remembered their audience this time around.

There is drama in the Uefa stunt for Heineken (5). It’s matey and jokey and true to the brand. Blokes do bloke things. There is beer and banter. For those who get there, the final reveal almost redeems it.

To end on an uplifting note, the return of Falkor, in a nostalgic outing for Spotify (3), had me right away. It’s the first film I saw in a cinema. I am the audience. I am eight again. Sorry, Spotify, I’d prefer to log in to Netflix to repeat the ill-judged movie-viewing decisions of my past.