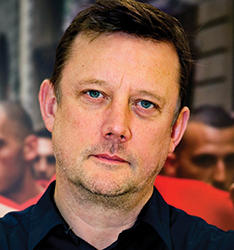 Let’s start with politics. In what has been a stressful few weeks for Dodgy Dave and the Chancer of the Exchequer, the Green Party’s (5) party political broadcast sets out to further point out their shortcomings and is quite an entertaining journey through the playground of Westminster. A bunch of five-year-old kids play the roles of David Cameron, George Osborne, Jeremy Corbyn and the rest of the political establishment. They display their characteristic traits of incompetence and infighting to comic effect. Boris Johnson is seen shouting about being prime minister from the top of the slide and Theresa May throwing some dolls and cuddly toys out of the classroom for having the wrong paperwork. It’s well-observed and very watchable. The problem with this film is the ending. We are confronted by a patronising teacher who trots through a list of platitudes about all politicians behaving like kids and how the Green Party will create a perfect world where everyone will be happy. Followed by various promises like how the quality of your healthcare will never be determined by what’s in your wallet etc.

Bupa (2) must be hoping the Green Party never gets elected, in that case. Its new campaign is a well-worn radio idea, but on TV. This is the sound of blah blah blah. Or an orchestra playing badly becoming tuneful when the product turns up. A five-piece band play badly on a white limbo set to represent our bodily state of well-being, or lack of it. We’ve heard it all before. Unfortunately, now we can see it. OK, it’s been modernised with an interactive website but I’m not sure anyone will be that interested in #bodyasaband.

Sticking with health issues. The new Blu (1) e-cigarette film has the kind of production budget I didn’t think we’d see the like of again. It’s 90 seconds long and literally opens on a helicopter shot of American plains. The helicopter eventually rounds up a whole herd of cattle into a pen. Has Blu decided to spend all its money before e-cigarettes aren’t allowed on TV any more? It’s a homage to the Marlboro Man from the 60s, complete with horse and cowboy hat – except the Marlboro Man is actually a Blu Woman. There’s something disturbing about the casting and the performance in this film, and I’m not sure what I’m supposed to think by the end. The endline is "Just you and Blu", which is not dissimilar to "You’re never alone with a Strand". Advertising historians will know that the Strand campaign is regarded as one of the most disastrous tobacco advertising campaigns of all time.

Not much joy from the new Cadbury Dairy Milk (4) film either. It starts with a title saying "Tastes like this feels", then we see a YouTube clip of a bear rubbing himself up against a tree. It’s the kind of ad students manage to lash up themselves. Any product goes here.

Fifth out of the bag is an ad from Poland. Hang on a minute, does Theresa May know about this? Anyway, it’s to promote a website from the non-profit organisation Integration (3) that connects employers with disabled job-seekers. It features hapless disabled firemen who are clearly not very good at putting out fires. They eventually reveal that their real skills lie elsewhere – in design or IT, for example. It’s unusual, charming and makes its point. As luck would have it, it’s probably the best ad in this week’s bunch. 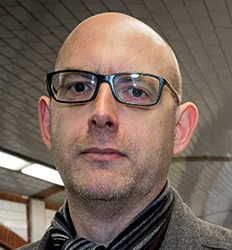 I’ll let you in on a little secret. There’s always a cranial Celebrity Deathmatch going on inside my head in creative reviews that I call "Planner vs Punter". Planner is the overthinker, the brief obsessive, the industry insider who often knows the account history. Punter is just the bloke from Penzance who asks "Do I like this?" (or, more importantly, "Would I notice it/click it/do it/buy it?"). I used to ask myself "What would my mum say about this idea?" but I found that people were increasingly put off by all the swearing. Thankfully, for the sake of making good work, punter tends to win the battle inside my bald head almost every time. I say thankfully because, frankly, the main thing that matters about an idea is whether it is socially relevant: could it live beyond the attention bribes of paid-for media?

This leads me to the first of this week’s suspects for the Planner vs Punter tussle. The planner in me wanted to childishly nitpick about the Green Party (5) film and point out that the insight that politicians act like children isn’t very original. But the punter KO’d the planner with a massive fistful of reasons why that doesn’t matter a jot. The film is brilliantly cast, flawlessly executed, full of lovely little moments and the billion column inches written about it this week prove that it is socially relevant in spades. Wish I’d done it. One criticism: lose the dreary earnest politician at the end and let the film’s brilliance do the talking.

This Bupa (2) film really wants to be socially relevant. It’s one of those ads that’s not really an ad at all but a film that’s trying to get you to do something else, somewhere else. It’s fine but I found myself as both the planner (who is paid to care) and the punter (who isn’t) asking: "Would I bother to do this?" The answer was unfortunately no. But I applaud the intent and it’s a big improvement on the dreary bobbins this client has been running since "you’re amazing".

Somewhere, a gorilla silently weeps. The Cadbury Dairy Milk (4) campaign feels to me a bit like a student’s teabag: you keep going back and squeezing it for one more cup and it just gets progressively weaker each time. The planner in me hates that they now feel the need to overtly explain the idea up front in a ham-fisted line (I wistfully long for the elegant confidence of the original "glass and a half full") and the punter in me just yawns at yet another slightly funny animal ad. Not much joy, I’m afraid.

Integration (3). Next comes a film from Poland talking to Polish people in Polish about a service that is only relevant if you live in Poland. Quite a nice film, even if I did find the strategy and execution a bit heavy-handed. However, both punter and planner fully support the sentiment and, if we’re ever in Poland looking to employ someone, then we’ll be sure to keep you in mind.

And, finally, Blu (1). The Marlboro Man is now the Marlboro Woman – with a helicopter – and she’s jacking in the fags (sensible girl). It’s a big, expensive ad and makes no sense whatsoever. The punter and planner in me were for once in 100 per cent agreement. As my mum (the ultimate punter) once told me: "If you haven’t got anything nice to say, don’t say anything at all."

I start my new job this week. Made a note-to-self: listen to the punter more, and planner less, and you’ll probably stay the right side of relevant.

World's talking about: I'm not asking to be a firefighter

Bupa "how is your body performing?" by WCRS

Blu "independent spirits" by The Corner