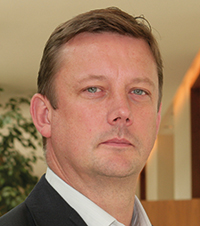 Open on a gritty, urban, documentary-style film about a boxer from South Shields (I know it well). He’s blind and we hear his voice saying: "How can you fight if you can’t see?" It is a provocative and interesting question. It’s shot in a cool but fairly predictable way. Moving camera, short depth of field, odd angles and close cropping. It’s the kind of film I’ve seen thousands of times on young directors’ showreels. The film turns out to be promoting a new mobile network called iD (2). The message at the end tells me to do my own thing: "iD. The network as individual as you are." It’s a strategy we’ve seen before. I knew nothing about this network and, after watching this film, I still don’t.

The L’Oréal paris (3) film that follows is ploughing the same track of individuality, but with a little more relevance. The ad is promoting its range of 23 different skin tones of make-up. One to suit every skin colour. We hear women talk about their skin and their unique genetic make-up. There’s a bloke thrown in for good measure. Each one of them has a different make-up code to suit their skin colour. The endline has been changed from the infamous "Because I’m worth it" to "Because we’re all worth it". Quite neat for this message. It’s credible and nicely done, but why do these kind of ads always have the protagonists wearing white T-shirts? It would have been far better, and more interesting, to show each individual in their usual clothing. Heightening their individuality.

As worthy as they are, neither the iD film nor the L’Oréal film comes anywhere close to being as original and engaging as the superb Channel 4 Paralympics "We’re the superhumans" film. Not reviewed here but surely the stellar film of the year so far.

Next, Oreo (1) – and this was a serious disappointment. The animation style is bland. There’s no quirkiness or character to it. In fact, it could have been made by a computer. The singing voice sounds like it was also made by a computer. It has a strange, robotic quality, again with no quirkiness or character. The message of the ad is that there are some new flavours, but it’s dramatised in a very unmemorable way. Feels like a missed opportunity.

Jostling for bottom spot this week is the Smirnoff cider (5) tractor. It’s a tractor towing a trailer with a washed-out, unconvincing image of some cider bottles in it. I think they’re supposed to look like they’re in a frosted fridge but the image has no impact. There’s an offer on the back offering the chance to win ten cases of Smirnoff Cider for me and my friends if I send a picture of the tractor to #smirnofftractor. It gives me no reason to ever want ten cases of Smirnoff Cider in the first place.

Last of all is a poster for HSS Hire (4) tool hire warning builders that they’re prone to skin cancer from being out in the sun. It’s rendered in the style of a building-site safety poster. A worthy message but I’m not sure it will knock Channel 4 out of the way in the race to the podium. 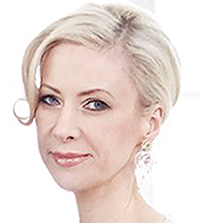 L’Oréal PARIS (3). It has changed its tagline from "Because you’re worth it" to "Because we are all worth it" in a campaign to celebrate diversity. The ad promotes the brand’s True Match foundation range, which covers every skin tone you can imagine (brilliant idea).

It features 23 ambassadors for diversity, including Katie Piper, fitness vlogger AJ Odudu and the ubiquitous Cheryl. Most importantly, it features a man. A black man. Hoorah! The first time ever in a mass-market campaign, apparently. Although I have seen RuPaul the gorgeous drag queen used by Mac – but I don’t want to argue with Cheryl.

Truth: I love the boldness of the campaign in this arena of often dumbed-down advertising, but the women came across as a bit apologetic (except Katie’s speech), like it was an ad for tampons. I wanted them to be bold with a Beyoncé-like attitude – "I’m me and I’m proud" – rather than a plinky, plonky piano, like "Oh, I’m so sorry, my skin is so pale… so sorry". Truly worth it, though.

Oreo (1). This TV ad promotes Oreo’s new mint and limited-edition strawberry-cheesecake flavours with the jingle "Wonder if new-flavoured Oreo shows us things that we have never known…" through a visual childlike kaleidoscope.

Truth: No, it doesn’t. I prefer the "how you eat it" campaigns – biscuits are ritual in my book. A "full-moon, half-moon" Jaffa Cake. A dunked digestive. Trio – "tree-oh!" A finger from Cadbury…

Smirnoff CIDER (5). Apparently, they’ve got raspberry-coloured tractors going around London offering the public the opportunity to win up to ten cases of cider if you share the picture of the tractor using the hashtag on social media.

Truth: I blow a big raspberry on to your belly. Rather go to the pub, buy my own.

HSS Hire (4). This seems an appropriate truth, as the sun has been out more in the UK than Barbados of late. HSS has teamed up with Cancer Research UK to promote sun safety on-site, using the familiar builder’s helmet sign that has been adapted to a ghosted-out head with the line: "Death by skin cancer." I think it’s neat, having just seen a lad helping his dad out on a site, shirt off in the hot sun, rubbing his lobster-red shoulders atop his white body. You’d think a sun-lotion company would sponsor them.

iD (2). I’ve been boxing/kick-boxing now for eight years, so this is close to my heart. The ad is part of a campaign for the mobile network iD ("The network as individual as you are"). The ad features Lee, a 28-year-old from South Shields who uses martial arts to overcome anxiety and low confidence caused by his blindness.

Truth: This is a great example of someone overcoming true adversity. Powerful, beautifully shot. Favourite of the week. Emotional. Impactful. Knockout.

On that note, I’m off to watch Sausage Party to find out the uncomfortable truth of food. Apparently, it’s a bit of an animal…