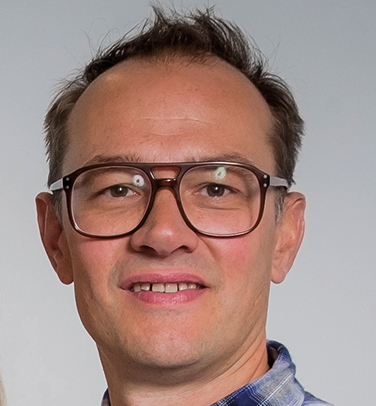 "What they say isn’t always what they feel" is the endline to Dove’s new commercial.

So true, and so universal, that I thought it was relevant for this article. After all, once we have watched, seen or been told about any of the following ideas, shouldn’t we feel something?

Kicking off with Dove then. Good line, great truth. It’s about teenagers who pretend their day has been "fine", when in reality they’ve been overwhelmed by social media knocking their self-esteem. The problem is they don’t want to talk about it. It’s a true insight – and I’m sure it doesn’t just affect teenagers. But Dove has to start somewhere and it does a nice job of it. The tone is unpatronising, leaving me feeling Dove genuinely understands teenagers.

Next up is Virgin Media, where an animated Super Bolt sells us a "super bundle".

Presumably Usain’s contractual live-action time was up, but Virgin can still use him in cartoon form. It was clear enough, but I can’t help feeling fibre is due a strategic or creative breakthrough.

Channel 4’s The Great British Bake Off is here again. And so are the singing cakes. It’s a good recipe – and, if you liked the last one, you’ll love this one. Lovely sentiment; we are all little creations in our own right and should be celebrated simply for being made. Hear, hear. But my feeling is some creations don’t rise quite as they should – and, for me, this is one of them.

This has risen though: Tena Men. I feel happy – a great reminder of the importance of making people laugh. We used to be masters of it, and we still can be. After all, the world needs a good dose of humour more than ever. So, on his quest for "total control" to find his "absorbent protectors", our man eventually climbs to the top of the mountain to ask a wise Dalai Lama-type one of life’s big questions: "Where does one find such control?" Dalai, with all his spiritual wisdom, responds: "Online." Perfect.

Volkswagen has teamed up with driving navigation app Waze to bring the joy back to driving. Seventy-five routes across the country have been picked out to show a more scenic, interesting way of getting where you’re going. This makes rational sense, creates a PR story and is bang-on Volkswagen’s "joy of driving" strategy. But who’s going to do it? I can’t help feeling this is one for the journos only.

Bwin. All the glamour of a betting ad, but with a welcome twist at the end.

The ad finishes with a glorious plop, as it’s revealed our gentleman is having a flutter on the loo. It’s actually a refreshing change that I wasn’t expecting, and I felt that this could actually be me.

The guys at Impossible Foods are on a mission. And it’s not to Mars, apparently. After digging a little deeper (online, of course), it seems they are making meat out of plants. I know, who knew? I totally admire this ambition, and, even as a meat eater, I hope it takes off, but my feeling is it might not be quite strong enough to make me find out more in real life.

Then a little masterclass from Land Rover, proving car manufacturers don’t have to show off their very latest model to work wonders for their brands. Here we have a short but powerful film, from a community that lives 3,000 metres up in the Himalayas. They remind us how brilliant these vehicles are – their very existence depends on them. It made me feel I was watching something of substance. And reminded me that Land Rover really can be a matter of life and death.

Now on to Guinness. It looks lovely and is shot beautifully. But there is something about this that feels very familiar – ultimately making me feel Guinness is smooth, creamy and perfectly average.

Which brings me on to something much fresher altogether. Visability93. An icon font that’s named after the 93% of disabled people who are not wheelchair users. Twenty-nine new icons have been created to represent different disabilities. It’s not just that it’s a nice idea, but it’s beautifully done too. What do I feel? Jealous, quite frankly. Exactly how I should feel when I see a good idea. Jealous. 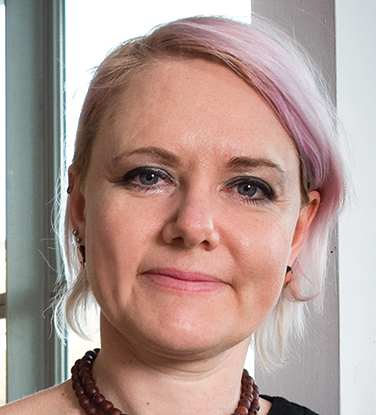 We all say we want brave, disruptive work. Something that punches above its weight. It’s in almost every brief. But that takes more than just great creatives; both the agencies around them and the clients need to go there too. There are some gorgeous, beautifully crafted and obviously pricey pieces of work in here. But as a reflection of the most current work across the board in British advertising right now, it (mostly) all feels a little… safe?

There are japes from Tena Men and its charming and bombastic hero, looking for "control". A tough brief. It’s an answer that’s worlds away from women’s incontinence advertising. Makes me wish that women could be pant-wetting adventurers, and not just stuck on a metaphorical Viking cruise ship, not taking up too much space, with a quiet smile.

There’s a Bake Off… song and dance for Channel 4. A truly inspired track, and it made me smile, but it’s so hard to follow the exquisite freshness of the first iteration. I’m hoping that there’s more playfulness and boldness in some of the other assets around it. If there was ever a campaign perfect for social tomfoolery, this is it.

Virgin Media, with Bolt, and Guinness are both wonderfully crafted pieces, but both leave me wanting more from two brands with the most powerful of personalities. It’s not to say that incredible film isn’t a wondrous thing, just that it needs to connect with the bigger brand story and that’s not apparent from these films.

And then there’s the casino ad that feels like a casino ad. Bwin has more of an idea than most in the sector, but there’s nothing in here that distinguishes it from other gambling platforms.

Dove, meanwhile, has embraced a change of direction, focusing on providing support for girls, rather than just pointing out problems. Self-harming in the UK has risen exponentially for 11- to 16-year-old girls. It’s a big issue, and a partnership with Cartoon Network means they’ll reach girls on their own turf. The ad is for the (purchasing) parent but for the most part flags what any of us with school-aged kids already know. That they find it hard to share their real feelings and experiences. The real, positive change will come from the rest of the campaign, and how Dove engages with girls (and boys) on their own terms and in their own language. I want to love this more, but need to see more than just the ad to imagine how this might start to really address the problem.

McCann and Visability93 have highlighted an important and topical issue around disability, but it’s a complex one that needs more exploration. It’s the beginning of something interesting but I’m yearning to see the potential for real impact more clearly.

The Impossible ad (the food, not the camera film – though their logos are similar) makes no sense. But I watched to the end and went to the website to see what on earth I’d just witnessed. Job done, it’s vegan mince that looks OK.

Out of the bunch, it’s weirdly the automotive work that excites me most. I’m not a fan of it in general; it suffers from more recognisable tropes than most. Land Rover is a sweet, if relatively conventional, piece of content but it has the brand heritage at its heart and it’s a story I hadn’t heard before. For an anniversary piece, that’s no bad thing. I would love to see it without the piano track though – it’s the go-to music for these kinds of tales. God knows I’ve been guilty of that one myself.

Volkswagen is a great idea but I couldn’t quite figure it out. Is it only in the VW? Is it for everyone? If so, how clear is their branding? The thought of bringing wonderful trips to everyone through Waze is great; it allows you to bring VW into every car, and provides a service that’s genuinely useful. Great things could come of this with continued investment.

All in all there was a lot to take in, and not enough to feel or to truly love. A lot of safe and a lot of same. And made by amazing people whom I admire and think are utterly the most talented creative minds on the planet. We can do better, but not on our own. To the broader marketing community – check yourselves before you wreck yourselves.

Bwin "It all starts here" by BBH Sport