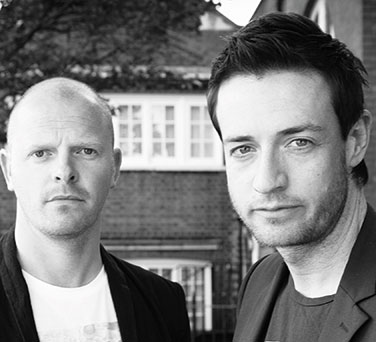 These are strange times. A thick fog of confusion seems to be looming over everyone. Politicians haven’t got a clue what they’re doing. The housing market is totally bewildered. Car manufacturers can’t decide whether hybrid or electric is the future. And as for the world’s weather, well, let’s not even go there. Chaos reigns.

Which begs the question, does the advertising industry still know what it’s doing? Let’s find out.

First up is Sipsmith. Let’s be honest, telling people how they make gin is not the juiciest brief to ever land on a desk, so hats off to the brains behind this spot. Great animation, great dialogue and great craft make this film a pleasure to watch.

Moving on to Audi. An iconic brand with a heritage of iconic advertising. So, no pressure then. This film shows two cars driving around a swimming pool in perfect synchronisation. It’s a nice idea that’s nicely shot. But iconic ads don’t tend to be nice, they tend to be bloody brilliant. For us, this falls a bit short of that.

Next is a poster campaign for the Samaritans. Another great client with a history of great advertising. So how do these stand up? In the sea of sameness that outdoor advertising has become, these will definitely stay afloat. And the approach of using real people with real stories is spot on. But, like Audi, they fail to hit the bullseye.

Following that, we have a film for KFC. Truth be told, it’s been a fair few years since we last had a KFC. You’re much more likely to find us in Nando’s. But this film is beautifully shot, has a great soundtrack and does a finger-lickin’ good job of cementing KFC as the original and the best.

Next is a film for Comic Relief. A grandfather offers up some wise words to his new-born granddaughter about the interesting world she’s just entered. This is not your usual Comic Relief ad. This is different. This is brave. This is poignant. This is more like it.

Now let’s move on to Aldi’s "Teatime takedown". It has enlisted a crack team of professional gamers to interrupt the online games of kids and defeat them. Apparently, this will get them to put down their controllers and join the rest of the family for tea. Now, we salute the ambition of this but it’s a bit of a stretch. When kids lose in the virtual world, they tend to flip out in the real world. The last thing they probably want to do is sit down with mum and dad for some frozen fish fingers and bants.

Next up, Converse. A cool-looking film about cool women, in cool parts of London, creating a cool future for themselves. It’s very cool. And no doubt all the cool kids will lap it up.

Now we have "The Rembrandt tutorials" for ING. Like most creatives, we come from an art-school background so this should be right up our street, and it doesn’t disappoint. The tutorials are great and who wouldn’t want to be taught by one of the greatest masters of all time? The process of how Rembrandt’s voice was recreated is just fascinating, yet the film that tells the story is anything but. If only it had as much flair and light and shade as Rembrandt himself.

Moving swiftly on to Formula One. The Chemical Brothers have remixed one of their tracks by speeding it up to 15,000 beats per minute to mirror the 15,000 revs per minute of an F1 car. The result is a three-second sonic identity for F1. It’s fast. But maybe a bit too fast because it won’t hang around in our memories. However, the music video for the full-length track is absolutely bonkers and we love it.

Lastly, there’s a documentary for Lexus that runs to 60,000 hours. The time taken to be considered a takumi or artisan in Japan. These master craftsmen champion the survival of human craft in a tech-driven world. It’s a really interesting idea that makes its point in a PR headline-grabbing way. Job done.

Just a thought, though, if we spend 60,000 hours watching the documentary, does that make us takumis in watching documentaries?

So, back to our original question. Does the advertising industry still know what’s it’s doing? Well, for the most part, the answer is definitely yes. Long may it continue. 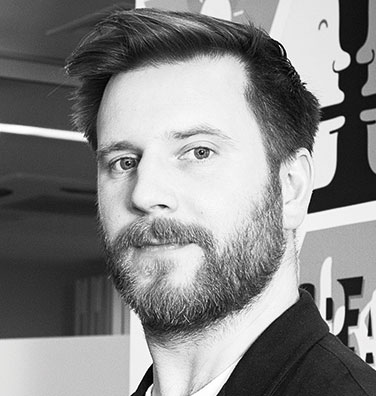 Here we are, at the Colosseum of advertising. Where heroes are made and the mighty have fallen. We who are about to advertise salute you.

First into the pit is Sipsmith "Mr Swan" by Ogilvy UK. We’re off to a great start. Beautifully crafted, charming and I wanted to watch it again. AND I wanted a glass of the product at the end. An ad that actually does what it’s meant to do. Everything about its execution is rooted in its strategy. It’s almost as if the classic model of advertising works… Lovely stuff.

Next up we have Samaritans "Real people, real stories" by Mother. By definition, charity ads have their work cut out. They need to be inspiring, attention grabbing and, more than anything, they need to move us so deeply that we actually do something. People are so accustomed to time-worn techniques that this is harder than ever to achieve. On the plus side, this can lead us to insanely compelling campaigns, such as CALM’s "Project 84", which is what charities are contending with today. I can see how Samaritans got here – it’s a noble effort for a serious cause – and I look forward to it taking creativity like this further.

Audi "Synchronised swim" by Bartle Bogle Hegarty London is a beautiful, simple and very well-executed ad. The format that Audi has used over the past couple of years is working well for it. I’m sure this will go on to win some silverware; Best Use of Custom-Built Swimming Pool. I also wonder how many consumers will think that Audi has launched an aquatic car? Well I did watch it on 1 April.

Normally, print is the poor relation to the big-budget TV spot. But with KFC "Chicken town" by Mother it’s quite the opposite. The print was/is exceptional. Genuinely. It’s based in such an achingly obvious truth that it reads more like a well-crafted joke than a print ad. I would tentatively say that I think I prefer this to the barnstormer that was the FCK print ad of 2018. It’s the sort of thing I can imagine teenagers having on their bedroom walls. Legendary swagger. The TV was nice, but the print is hands-down exceptional.

Well, this Comic Relief film by Wonderhood Studios is a gorgeous piece of film-making. A beautifully written and executed two-minute film. I loved its angle on these confusing Brexit times. It is the one ad I’m still thinking about the day after seeing it.

I have an 11-year-old daughter. I know that, in her eyes, I am possibly the most uncool person on Planet Earth. And that’s after my attempts to convince her that my middle initial D stands for Danger (it’s actually for Donald). With that in mind, I think I’m at the entirely wrong end of the spectrum for this sort of work. Because, while Converse "Spark progress" by Wieden & Kennedy didn’t quite land with me, it makes me think it would absolutely land with its intended market – a younger generation.

So, Lexus "60,000 hours" by The & Partnership London is a trailer for a film. And one that I actually want to see. It asks the question: what will making things by hand really add to the finished product? That Lexus is doing this in an age where most, if not all, of our vehicles are assembled by robots feels left-field and exciting. Are humans obsolete from the making process? A scary thought. Love it.

I was really excited by Formula One "WGTT15000BPM F1 NEEEUM MIX" by Wieden & Kennedy. Then I read the words "the world’s fastest remix" and it was three seconds. Talk about tantalising! I can only imagine the amount of man hours that went into these three seconds. Well, it was worth it. Exhilarating, vivid and with a whiff of exclusivity. Just what Formula One should be.

And lastly, with ING "Rembrandt tutorials" by JWT Amsterdam, artificial intelligence raises its perfectly symmetrical, logic head again. This time it’s resurrecting Rembrandt. Imagine that 400 years ago, Rembrandt was sitting in his studio, tightening the sable and squirrel hairs on his brushes and wondering whether the mice had been at his dried rabbit-skin powder on the top shelf. I wonder what he would have thought of the idea that we’re feeding his letters and paintings into computers to make a virtual him? Mind. Blown. Even today, it’s mind-blowing.