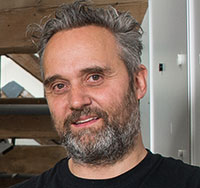 TalkTalk (5). In this campaign, they put a film crew into 9 Merwick Street and we get "a candid glimpse into how modern families live". Kids yawning. Kids Snapchatting. Milk spilling. Mum crying. Mum laughing. Halfway through, I hit pause. I look up from my lappy and see my daughter FaceTiming some bloke, my son in his pants spilling milk all over the floor and my wife crying. I then look back at the screen and it’s more of the same. I don’t know where I am or what I’m doing. It’s like an advertising version of Tron. Then I get told: "And this is the stuff that matters." Sorry, but this stuff doesn’t. It’s basically Gogglebox with people who are not that interesting. Holding a plastic mirror up to real people in tracksuits is only interesting to people who work in advertising.

The Oxo (1) family has returned. Yay! In this campaign, they put a film crew into 12 Merwick Street and we get "a candid glimpse into how modern families live and eat". Kids yawning. Kids Snapchatting. Milk spilling. Mum crying. Mum cooking. Hold up. WTF? It’s basically the TalkTalk ad with actors and decent lighting. The Oxo family has been copied by hundreds of other brands over the years, and this is just more of the same and hasn’t moved on enough. It’s almost 2017 – I really don’t see the logic of reproducing anything from the 1980s.

Cadbury Milk Tray (4). You remember the Milk Tray Man, don’t you? Of course you do. The creepy stalker who breaks into your house and leaves chocolates for your wife. Well, he’s out of prison and, in this ad, he’s creeping around the Mongolian steppe, perving over some Mongolian warlord’s wife. It is the most indulgent ad I have ever had to sit through. It feels a bit outdated and a great opportunity missed to do something fantastic.

Audible (3). The audiobooks bit of Amazon. They have used Juliet Stevenson and Eddie Marsan to tell us how much the sound of a voice can help us imagine much more. I don’t really know what to think about this. I’ve watched it loads of times and it just leaves me a little cold. There is something missing – real drama, some magic or just a real connection, I don’t know.

Finally, End Youth Homelessness (2). This is a nicely animated piece showing the dangers at home and the risks of living on the streets. It’s a pretty gloomy subject matter but uses street art to spell it out for you. It’s a little functional in the way that it delivers the message but it works. I like it. It has a point, an idea, a bold message and, like street art, a propaganda vibe to it. 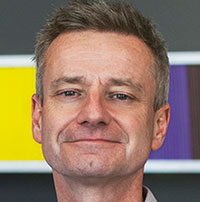 Brands are working hard on authenticity. Demonstrating empathy and solidarity with your audience is a powerful thing. Brands with integrity stand out.

So are this week’s five films delivering "the truth well-told"? Are any nearing peak authenticity?

First up is a revival of the Oxo (1) family – a faithful portrayal of domestic life for as long as I can remember. In this film, surly daughter reminds stressed mum that Jan and Rob are coming to dinner. Cue panic as mum and dad pull a meal together with Oxo’s help. There are nice touches here. The kids are good, especially when they embarrass mum and dad in front of their dinner guests.

But the rest of the world has caught up with the Oxo family. Advertising does this stuff so well now that this particular genre feels unremarkable, like mere table stakes in the authenticity game.

From the return of one famous ad campaign to another – the Cadbury Milk Tray (4) Man.

This spot follows the same format I remember as a kid but with an eagle, a bigger production budget and the Mongolian steppe as a backdrop.

Authentic? I have no idea. It’s certainly authentically Milk Tray. Perhaps it’s an authentic voice from an age when advertising was gentler and more charming?

Perhaps I’m getting out of my depth and should move swiftly on to Amazon Audible (3). An enigmatic Juliet Stevenson demonstrates how the power of the spoken word unlocks the reader’s imagination. It can help us conjure up something magical – or, equally, something horrific.

Authenticity can be a human truth. And Amazon’s one is hard to argue with. On TV, this film’s sparse quietness cuts clean through the noisy clutter.

Next is End Youth Homelessness (2), a charity that wants to help young people stuck between living at home, where they face harm, and living on the streets, where they face harm. The animated street-art style eloquently illustrates the dilemma. But, frustratingly, it doesn’t suggest a solution other than that we need to get the victims to a safe place.

Given the importance of the cause, it seems churlish to ask whether street art as a cipher for homelessness is trite or credible. So I won’t.

That brings us finally to a nice film from TalkTalk (5). It’s an idea born of the Gogglebox age, with a film crew capturing daily life in a family home for two weeks. We see a real family doing the stuff real families do. Like Gogglebox, its strength lies in its confidence to accurately portray and hero banality. It’s the advertising idea that the Oxo family should have evolved into.

I don’t know whether it will help people forgive TalkTalk for last year’s data breach cock-up. But it has far more chance than an idea using hyperbole to over-promise the world to the customer.

And that’s the thing about authenticity in advertising. Get it right and it can get you a long, long way with your audience.

Cadbury "The return of the Milk Tray Man" by Fallon London

Audible "Feel every word" by Fold7