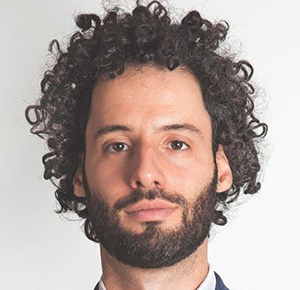 There’s hope. This was my first thought after watching these five ads. Not because I can get a BMW 5 Series for less money, or because illiterate adults now have enough courage and opportunity to become literate. And definitely not because I have the chance to eat fried Irish chicken (is that even a thing?) or because that bra does look comfortable (SLOGGI). (Never thought I’d say that.)

There’s hope because, when I see work being done across Europe, it’s getting darker every year – deeper, heavier and taking itself way too seriously. Sure, you could argue that Europe has always been somewhat stern, sombre and moody, and that the UK, despite or due to the weather, has always produced its signature humour. But, over the years, I’ve seen that heaviness start to seep in, so I was pleased that three out of the five pieces were light-hearted or even idiotic fun. Nothing wrong with that.

Yeah, sure you could ramble on about the formulaic this-offer-is-so-great-nothing-will-faze-you car ad (SIXT). And while on the subject, you could continue with the-manager-has-gone-crazy-at-the-dealership style meets the directors Tim and Eric meets fried chicken (KFC) – but, no, not me. I’d rather be optimistic and even a little naïve.

I’m a simple person. I was born and raised in Brazil, where you have no option but to keep your sense of humour in the face of adversity. That is the only thing we share with the UK. And maybe quite possibly the passion for football. But, really, that’s about it, so hold on to that lightness that’s fading across the continent.

Pearson. When an adult learns how to read, it’s a massive life-changing feat that has an incredible impact on their lives and on those around them. Yet when paired with music that seems more fitting for a Michael Bay flick, with some astronaut saving the galaxy and walking in slo-mo with explosions everywhere… hold on a second, maybe there was humour there too and I just didn’t see it. Damn it, gotta watch that ad again. Maybe I missed something.

Desperados. What I certainly caught is that there is an agency public-service-announcement opportunity in telling the industry that puns, technology and alcohol don’t mix. It’s a very dangerous combination, so please make sure to keep your creatives away from it.

There’s hope, despite the divide and the atrocities, that you will continue to be the beacon of light and humour while the rest of Europe does the type of work that is like a struggling intellectual crouched in the corner of a dark baroque library crying as he holds his knees. Don’t lose your humour in the face of adversity. There’s hope, so go wear your comfortable bra, grab your Irish chicken and drive smug. 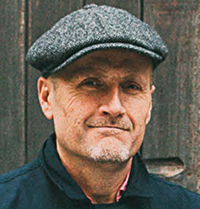 Fast cars, fried chicken, beer, bras and illiteracy. Reminds me of my summers as a carny in the Canadian prairies. But wait, it’s actually the contents of this week’s Private View locker.

I like the SIXT campaign. The ads are pretty kooky but made me smile. And I like the insight that when you get a badass car for not very much money, you feel kind of smug. Between Sixt and those "UK car hire with US customer service" spots for Enterprise, the car-rental category seems to be having a pretty good time these days. Must be trying harder.

Changing gears rapidly, Pearson’s Project Literacy spot nearly had me blubbering. Anyone with kids knows what a strange experience it is to watch the blank canvas of a child’s mind slowly learning to apply sound shapes to lines on a piece of paper and then to link them together into words. To see adults going through the same process is agonising. And terribly moving. Especially when you consider – as the spot forces you to – the doors adult illiteracy keeps locked. Great track from Rag’n’Bone Man too. Where do I volunteer?

And speaking of adult confusion, that’s how I felt after watching KFC’s "200% Irish" film. My first reaction was to question whether this is a promotion that genuinely needs to be invented. And if it is… is this the best way to bring it to people’s attention? Pint glasses of fried chicken? Waterproof chicken? All mixed in with familiar Irish gags such as large, red-haired families and hard-to-pronounce Gaelic names. Pot Noodle always managed to combine the absurd with food and get away with it – but these shenanigans don’t exactly whet my appetite. If this film proves anything, it’s that kooky is harder to do well than it looks.

And so to Warsaw, where Desperados beer and DJ duo Mount Kimbie "turned a train into a musical instrument". I’ll just let that hang there for a minute. This is, of course, supremely cool as well as superbly shot and edited. If I’m dead honest, though, the beer seems like a bit of an afterthought. I’m not really sure what it’s doing there besides paying for the party. But maybe that’s the idea. I suppose in modern media parlance, Desperados is using "key influencers to create brand experiences, which in turn generate content to be consumed and shared by their audience" – all of which inspires people to release their own inner tequila (Desperados beer has tequila in it). Fair enough, I suppose. Certainly braver and more thoughtful than most beer advertising these days.

And now to the SLOGGI bra spot, which is well-cast, beautifully shot in a jaunty Amélie kind of way and set to a super-catchy tune that once again underlines the power of music in ads. The only problem is… I don’t get it. Or I don’t get half of it. The strategy seems clear: she loves her bra so much, she wants others
to try it. But of the four scenes, half support that thought and the other half seem to be supporting a different idea. I shouldn’t have to think this hard about a spot to reconcile what I’m seeing with what the brand is saying. For that reason, lovely as it is, I give this one a double-D.

Desperados "Train trax" by We Are Pi

Sloggi "Try my bra" by MullenLowe