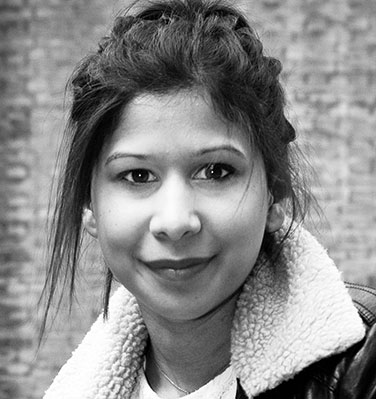 At the end of 2019, how do you unite a nation that is so divided? How do you talk to them with one message, when their views are so opposing? How about looking to our good old, reliable friend ESCAPISM. Which is exactly how Argos kicked off this season with its "Book of dreams" campaign. This kid is brilliant. More ads should have kids like this. If you have two minutes spare, search Nandi Bushell on Twitter and check out her rendition of Nirvana’s In Bloom.

Ikea. D Double E spitting bars across UK households this Christmas. I can see it now – Jim and Pamela decorating the tree while spontaneously singing "Bidi bup bup". Or Auntie Jean popping an overcooked sprout into her mouth and exclaiming: "This is very very very very very very unacceptable." I’m a child of late 1990s UK garage, grime’s older cousin – and if I could use emojis in this Private View, I would use the brown clapping hands to say THIS *clap* IS *clap* EVERYTHING *clap*. The fact that D Double E was given free rein gives the track the authenticity it needs. Yes, they unashamedly used the word "Shame", which won’t sit well with everyone. Christmas is expensive. Your house telling you that your house is shit could get depressing. But it’s executed in such an entertaining way, it can be forgiven.

Ikea’s become a hit with the nation and it’s on the complete opposite end of the musical spectrum to John Lewis/Waitrose. Edgar is cute. I love his overbite. He’s capable of warming the coldest of hearts. His story reminded me of A Bug’s Life when Flik tips the whole food reserve over and the other ants get angry with him. One thing that makes that story great is, although Flik’s clumsiness ruins everything, he comes back to save the day. I would have loved Edgar to have more of a hero role in this story, with a bit more jeopardy in the village. Like if a blizzard hit and they couldn’t light a fire, Edgar’s nose might be their only hope to save Christmas. This is where there’s always a conflict in advertising and storytelling. In advertising, we’re not often allowed to take characters to low points (especially not at Christmas), so the arc of the story is often compromised. Regardless of this, I still enjoyed Edgar, much like the rest of the nation.

TK Maxx. I LOVE a good endline and "wooOOOo gifts at oOOooh prices" is a great one. It lands itself straight in the heart of fun Christmas and doesn’t take itself too seriously. But by the time you’ve sifted through ten thousand items in your local TK Maxx store, it might be more like "arrRRgggh gifts at just get me out of here prices".

Marie Curie. It’s a little like "Dumb ways to die". Humour is a powerful tool when dealing with tough subjects – the colourful animation juxtaposes the topic nicely here and I love the cause.

Marks & Spencer. Around mid-October, someone posted a video of a tiny white dog trying to jump out of a box, perfectly timed to Jump Around. It stormed every corner of the internet, racking up millions of views. And sadly for this ad, no other visuals can compare. @Blayoffical on Twitter did what M&S should have done, and synced the ad to Ding Dong’s Fling (Yuh Shoulda). It works a treat.

Sainsbury’s is celebrating its 150-year anniversary with a blockbuster. Like John Lewis, the spot is set in harder times gone by (to make us feel better about today?). But you think the John Lewis team are under pressure to deliver? Try having to beat Plug Kid from Sainsbury’s 2018 Christmas ad. An almost impossible task. They had to go epic and filmic. That was the only way people wouldn’t demand the return of Plug Kid. This time the main character really is taken low – behind wooden bars, exiled. This story sucked me in so hard I forgot I was even watching an ad.

Rustlers skipped the whole "let’s make an ad" thing. It jumped straight to a 72-minute arthouse film, all to sell a burger that you nuke at 800W for one minute, 50 seconds. Maybe not at an Odeon near you but I loved it anyway.

Asda. This ad is Christmas on acid and one final hurrah for escapism this Christmas.

Renault. Thumbs up for breaking the stereotype of boy meets girl. Thumbs down for "Anyway… here’s Wonderwall". 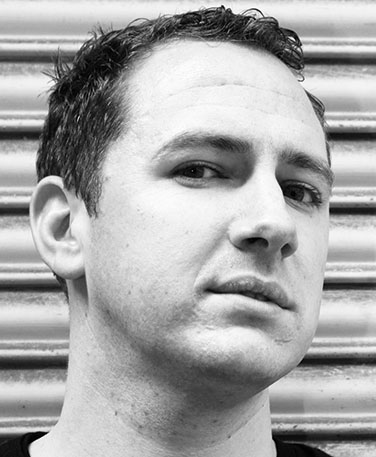 What is the point of non-Christmas ads in November? Ridiculous. Let’s get the heretical offerings out of the way first.

Renault. Christmas cards on the table – there’s a slight declaration of interest here. I can’t comment on how beautifully shot it is or how wonderfully surprisingly a story this is for Renault. Or whether I like the music or not. So let’s concentrate on the disappointing lack of a George Michael look of longing from across a Last Christmas table.

Rustlers. I’m a big fan of this agency. And I’m a big fan of Rustlers (the advertising bit rather than the microwaveable burger bit). Nevertheless, here’s an idea that’s very pleased with itself. And, whisper it, a bit boring. I haven’t watched the 72-minute film on Prime because arthouse parodies are just a bit easy. Also, no Christmas market scene. Madness.

Marie Curie. Another declaration of interest here. But worth noting what an important conversation this is to put out there. Kinda the point of advertising. However, another festive open goal missed – death and Christmas are natural bedfellows, surely.

OK, the main event. No pressure then. It’s bad enough making Christmas ads. Believe me, it’s much worse reviewing them. Much worse. Despite the criminal lack of airport teddy bears, I think as an industry we’ve gifted well this year. This collection seems like a definite step up, in both storytelling and craft. Mostly. So, time to make sweeping judgments over months of blood, sweat and last-minute music changes. Or as Danny Dyer asks on the greatest show on TV: "Wall. Is it right or is it wrong?"

Asda. Wrong. All kinds of wrong. "Let’s make Christmas extra special?" If only. This is the dog without enough air holes at the bottom of the present pile.

TK Maxx. The insight feels right. Make a festive benefit out of the lucky-dip-in-shop-form that is TK Maxx. But using the bloke from the Honda "Impossible dream" ad, now on skis with an Ikea voiceover. It’s the Shoreditch agency version of TK Maxx itself.

Sainsbury’s. Hmmm. Unsure. Production values off the chart. The simple clementine as Christmas hero is genuinely great – they’ll have piles of them in Sainsbury’s in a clever in-store cross-sell. But despite the epic everything, it’s strangely unemotional and it’s not just the jokes that fall a bit flat. Still, some topical content for the Rees-Mogg family to enjoy this Christmas.

Marks & Spencer. Go on M&S. The home counties version of a Spike Jonze film, perhaps, but a hell of an ad for Christmas jumpers. Everyone here seems to be having a thoroughly good time, and that’s kind of infectious.

Argos. The online archive of "The book of dreams" is the real winner here, but this film is pure unlaminated joy. Great performances, art direction and a loosening of the nonsense handbrake. It really suits Argos too; that throwback yet simultaneously future-facing retail concept. All the best bits of Christmas past and bang-on for Christmas present too.

John Lewis/Waitrose. Paper hats off to Santa Brim et al. This must be the most extraordinary pressure to work under. The weight of a decade’s expectations. And yet this is pretty, pretty good. Maybe the best one since "The bear and the hare". It contributes to Christmas, and that’s the only criterion. The duality of John Lewis and Waitrose is naturally effortless; but most successfully, the CG work is absolutely, absolutely outstanding. You’d have to have a heart of stone to not love that dragon. My first draft of this review had the sentence "it’s a shame the music lets the side down" – but I take that back. I’ve watched it 10 times while writing this and I absolutely love it. Applause.

Ikea. Right. All kinds of right. This is just brilliant. Sound the New-Insight-At-Xmas-Klaxon. Forget "There’s a gift for everyone" or "Giving is better than receiving". No. "Your house is embarrassing and there’s people coming round?" Yes. Yes. Then there’s the craft, which is now lazily expected from Ikea, but this one particularly delivers. And finally, the music. When you’ve squeezed the life out of every Christmas song and whimsical cover version, a grime anthem to cleaning up is immediate Christmas number one. Jealous.

Ikea "Silence the critics" by Mother

Rustlers "The Seas Between Us" by Droga5 London