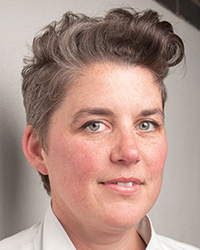 Nationwide (1). Finance and poetry. Not tried it before, so let’s see. This ad gives me a Cathedral City feeling mixed with a bit of Bisto. But I love poetry. I think the idea behind "Voice of the people" is lovely, heart-warming and very authentic. I like that the poets are real poets. I like the way they look out at me. But I do feel a bit awkward with Hollie – I’m scared she is going to cry and ruin it all. I want her to smile at me in the end to let me know it’s all OK. I’m scared that the child is sadly dead.

Virgin Holidays (5). I’m excited and interested to see what a live holiday stream looks like. Holidays from around the world, right here, right now. It sounds interesting and is on-trend. I want to see someone showing off, diving into the clear blue sea, waving at me. I want a big slide. I also want to believe they are live right now. But there is nothing that helps me believe this ad. What a shame. A little time code showing live GMT time? Even a GPS location so I can take the next step to finding a holiday and look it up online? And please, please, give me an attractive voiceover to seduce me.

Just Eat (3). I’m sorry, that fridge puts me right off my dinner. Drop the fridge and we got a common stomach-rumbling story. I love that moment when you go "I WANT A CURRY" and there is no going back – you can’t settle until you get a curry. It’s a lovely insight. I just wanted a bit more from demonic characters with more powerful physical acting. So close to being a beautiful collection of wonderful portraits shouting at us. Don’t want to look into her fridge again.

Three (2). Oh, Maisie. Does she not have any advisors? A PR agency? A good friend? Sorry, Maisie, you shouldn’t have got caught up in this mess.

The younger of the Stark daughters, Arya has put her survival skills to use, making her way east to the city of Braavos. Not lost in "secrets to clean coverage". I’m really confused, Three. What are you doing? You have gone brand crazy. I liked you; you were cool, I understood you and I remembered you. Now I feel like you are drunk. Stop drinking and find your mojo.

Premier Inn (4). A girl’s night out, a reunion, a work do, a birthday or a divorce party? You choose.

Premier Inn has obviously analysed its data and found the real reasons people stay in its hotels, and it’s not for a good night’s sleep with Lenny Henry.

This ad connects with the feelings I get when I’m away from home. The excitement, the fun, no mess, no kids, a hotel room, a king-sized bed (subject to availability), sheets, towels, a hairdryer.

It looks better than it is – having stayed in a Premier Inn recently. But I could fall for it. I’d book it for us to have a night out and a sleepover, to stomp around in nice dresses. It’s clean and fun – plus it has prosecco. What could go wrong?

I want to go home now to my house, my dinner, my bed. I want a curry and I want a night in to catch up on Game of Thrones. 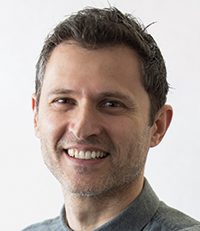 It’s 7.40pm and I’m squashed on a stationary train, sniffing another man’s armpit. I have been tutted at twice for having a foldy-up bike and things are getting a little bit tense.

It’s from within this cauldron that I tap into my phone – arms tucked up like a baby T-rex. Luckily, this week’s films are good enough to keep my spirits high.

Live ads are not new, but Abbott Mead Vickers BBDO and Virgin Holidays (5) have found a brilliant use for them. Eighteen holiday destinations beamed to your telly during The X Factor. An ambitious idea that gave me massive holibobs FOMO. I don’t know if California blanking out was a mistake or not but, if not, it was a stroke of genius. If I were to pick the smallest of nits, it would be that the final film inevitably lacked a touch of the usual Virgin Holidays gloss.

The Just Eat (3) ad isn’t trying to be anything but an ad. It makes me smile despite the fact it felt a bit like an idea on an idea: 1) the talking egg; and 2) the vignettes of hungry people. An ad that got up in the morning and wasn’t sure exactly what trousers to wear so decided boldly to put them both on.

Three’s (2) film is a pastiche of an American direct-sales ad trying to flog spot-removal cream but, here, the spots to be removed are mobile phone black spots. It’s suitably silly and one of the better executions of these types of pastiches (though I find it hard to get past Arya Stark in an ad). Damn you, ad-people-swine for bursting my Game of Thrones bubble.

I admit, I didn’t really understand this Premier Inn (4) ad. Well, I did, but there are so many moving parts, I was left a little confused. Is there a nightclub at Premier Inn? (No.) But there is a bar? (Yes.) Who’s at the club, then? (Do you mean the nightclub or the bar club?) The bar club. (The girls.) Well, who is at the nightclub, then? (People they have yet to meet, I think.) Who’s the random lech – sweet Jesus, is he a member of staff? (Yes.) Blimey! Do the girls get in a cab to go for another night out? (No, the edit plays with time.) Oh, right, and is "Still got it" an endline? (No, it’s the pretend name on the pretend title sequence of the pretend film about the protagonist, you idiot.) Oh, I feel stupid. (So you should, but the campaign will become clearer when Jim Bolton shows you the next ad in the series.) But I shouldn’t have to see the next ad in the series to get it, should I? (Erm, no.)

Time to quickly build the Brompton as if it were a disassembled Kalashnikov. This is my stop.

Nationwide "Voice of the people" by VCCP