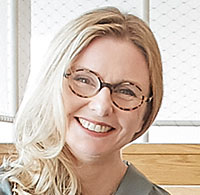 By the time you read this, you’ll probably be sick to the back teeth of all things Trump and Clinton and the inevitable dissection of a shock result that nobody thought could happen. Bit like Brexit. I find the law of unintended consequences the most interesting aspect in both cases. Cameron thought that, by calling a referendum, he could unite the country (behind Remain). And did Obama think he could put an end to Trump’s political aspirations when he ridiculed him in front of the crowd during a White House post-dinner speech in 2011? Some hold the view that Obama’s actions spurred Trump to decide to run not for the hills but for office.

Let’s hope the US doesn’t have"80 years of torment" to look forward to – which also happens to be the title of the latest offering from Rustlers (1). A very tasty spot, this. It has given us a beautifully made film taking us on one man’s journey through the darker times of past decades to announce it’s actually a great moment to be alive – because we can enjoy a microwaveable burger from Rustlers. This is a terrific, big film for a quick and dirty burger.

Great advertising can make a weak product fail faster. I wonder if the law of unintended consequences will strike again here.

Britalia: a new nation state in Knightsbridge where you can indulge in the finest Italy has to offer without leaving the country, thus keeping Europhiles and Europhobes happy. There has been a lot of witty stuff done with subtitles in ads over the years and this ad doesn’t disappoint. Our friends in Paddington have crafted a humorous and engaging piece for Harvey Nichols (4). Who knew retail could be so much fun? (By the way, is it me or is that actress the spit of Davina McCall?)

The unexpected is only to be expected at TK Maxx (5). So instead of giving us a Christmas carol, it has given us the theme from Pulp Fiction. And very nicely done it is too. But Christmas is a time when you haven’t a clue what to buy anyone. I would have thought that would be meat and drink to a retailer that launched "Ridiculous possibilities" as its big brand platform idea not long ago. I don’t know if this spot, while being beautifully executed, will help TK Maxx compete for everyone’s hard-earned pound on the high street this Christmas.

The cast of the Vodafone (3) ad certainly went to the same retailer to get their Christmas jumpers. The pullovers are not the only thing that feel a bit "samey" in this commercial. The script contains a good idea but the execution lets it down. A busload of people broken down by the side of the road on Christmas Eve and a pub full of slightly pissed partygoers should be a gift to a director. But somehow it feels a bit more Boxing Day than Christmas Day.

Finally: "We open on five multicoloured yetis speed-skating through a snowy town." What’s not to love? Argos (2). I’m sold. 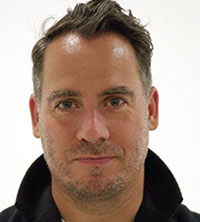 I always seem to be asked to look at a Private View when some major political figure is being elected. Last time, it was when Sadiq Khan was elected London mayor. And now the Americans have elected a new leader with a name that in English means to pass wind. So, with Khan taking care of business in London and Trump scaring everyone in the US, I’m looking at this week’s pick of the pile through a "Yes We Khan" or a "Bit of a Trump" lens.

Harvey Nichols (4). This is mental but I kind of love it. I love the music, the camera work, the editing, the feel, the tone, the energy. I haven’t got a clue what I’m watching or what they’re saying or, indeed, why any of this has happened but, quite frankly, I don’t care. Result: Yes We Khan!

Rustlers (1). This is enjoyable to watch. They really committed to this idea and delivered it well. I initially groaned at the "through the ages" narrative but I think they handled it well – the music absolutely brings it to life, it’s well-directed and I really enjoy the renaissance of 4:3 framing. Bravo. But I think the creative idea is forgettable. Result: Yes We Khan!

TK Maxx (5). It’s the battle of the Christmas ads, so who can raise their head above the huge amount of dross being produced this time of year? Well, TK Maxx’s family of extras from the Overlook Hotel go all out to surprise us with a very un-Christmassy song. It’s shot in a style that I’m not sure is meant to repel or intrigue me, but I think a typical TK Maxx customer might wonder what the hell it is playing at because the styling looks so dated. Anyway, it gets my attention but unfortunately doesn’t get the vote. Result: Bit of a Trump.

Argos (2). What’s this? I honestly don’t know. What disappoints me is that the idea misses an opportunity to connect with me emotionally and just goes for bringing a product attribute to life. Nothing wrong with that in theory but, my God, it’s bland. Not even ice-skating yetis (why?) can make it interesting. I know what Argos does. I know it sells pretty much everything, but it seems to have no soul. And it’s such a rip-off of Harry and the Hendersons that it makes it feel even lazier. Design your own bloody yetis. Result: Bit of a Trump.

Vodafone (3). Again, stitching together Christmas symbolism does not equal an insight. Everyone over the age of 13 knows how to use their data and would certainly not piss away battery life playing stupid games on FaceTime – that’s why Snapchat is so popular, because it’s how most people have fun when they’re bored. No-one has played charades since Give us a Clue was taken off air in 1992, thank God. It feels like they want to be a bit Apple with this execution but have got lost with any benefit to the consumer, so it feels like they are desperate for some relevance. Result: Bit of a Trump.

In hindsight, I feel a bit mean about TK Maxx. But a vote is a vote – no turning back now.