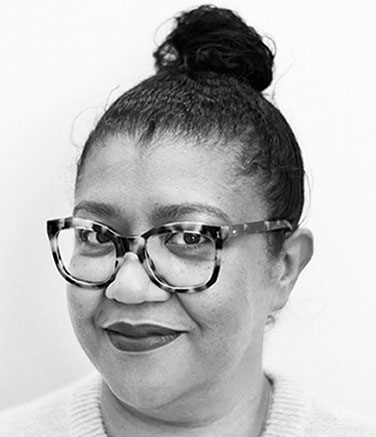 Those who know me will tell you this: I’m a proud South Londoner; the loves of my life are my little boy Noah and my little dog Pickle; I am and always have been a bit of a book, film and trainers nerd; and, behind the tough facade, can cry easily, usually over dogs, books, films and trainers…

I’d hope they would also add a bunch of other things, which might include that I’m a loyal friend, brutally honest and, above all else, I like to keep things real. Keeping it "real" is a bit of a theme in some of the work in this selection, hence this preamble. They may not know to mention, though, that having been in the industry for more than 25 years, being asked to do Private View in Campaign is a big deal.

So, here goes, let me wade in with the Department for Education film featuring a satisfied/happy-looking teacher and the difference he makes in the lives of his students... it’s a real beaut. Good casting, naturalistic performances and light touch. All hail, great teachers everywhere. This film captures that nicely and brought to mind two great primary school teachers, both of whom ignited my love of books and had fun names (Miss Crisp and Mr Jolly). Effortlessly crafted, I can’t fault it.

Next up, the activation for KitKat and Airfix and the nifty inclusion of the chocolate bar in Airfix model kits plus a clever break in the instructions to enjoy it. As I said, well nifty. Lovely bit of thinking, design and execution. I want one.

I’ve enjoyed the billboard campaigns that Oatly ran since the product launch. Simple design, in your face, smart copy with a knowing wink – I dig it. I’m not sure I like every single one of the new ads but, overall, it works for me.

As well as smart copy, I love clever graphic design and the work for the BBC’s Dracula nails it. Smashing. I’ve not had time to watch the series yet but will get to it.

I like the writing of the British Army film, too, and I can see how it could be effective. Although well made, for some reason I didn’t feel anything when watching it, even with repeat viewings. Maybe I am not the target audience for it.

I love animation, so it’s great to see the film for Greenpeace. This made me tearful, as it’s intended to do. Clearly a passionate collaborative piece to deliver a powerful message. I defy anyone not to be moved by it. Well-written and executed, fine voiceover, sound and music; animation a perfect fit. Sign this petition and every other petition for climate change when you get a chance.

The film for National Trust is beautiful, and the 125-year-old quote from its founder used throughout still resonates. It’s certainly pleasing to watch, if a little familiar. I’m a big fan of architecture, nature and peace, so what’s not to like here?

"Hit them with the realness" raps Little Simz for Sport England in "This girl can" – and First Direct and Butlin’s do so too, in their own individual way. Butlin’s uses talented kids who feel real to convey its message. I buy it, it’s a solid set piece, fun to watch performances and, I bet, fun to make too. Nice. I found myself fancying a trip to a UK resort just like this. Could it be because I have a four-year-old and find long-haul travel stressful or am I just getting less adventurous? Don’t answer that. Either way, I realise that this ad appeals to a certain group that may, just may, now include me.

First Direct employs real people to talk about "money wellness". Not sure what that actually means, but fair enough I guess. The print portraits are fractionally more arresting than the film. Other than the trainer thing I mentioned earlier, my money wellness is in fine fettle, thank you for asking.

So to end on Sport England. This film positively jiggles with realness. Women of colour, women with cellulite, with kids, with scars, with disabilities. Good direction, casting and editing. Bravo. I like it. But if you have bothered to read this far, you are probably not surprised by that, are you? Wellness and realness. More of both, please. 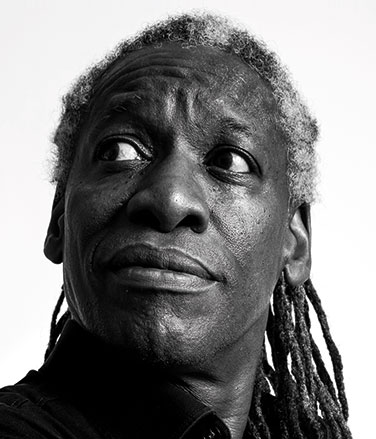 Sport England. I’m a big fan of the track in this ad. The original "This girl can" campaign was amazing and, although this new film has some thought-provoking imagery, there are a lot of the same elements of the original. I don’t feel I needed to see it again, but that’s OK, it’s not aimed at me.

First Direct. You can imagine that there was a struggle here between making something watchable and something that fits in with the brand strategy. Unfortunately, strategy won the day. It’s phraseology rather than a commercial, someone is trying to coin a phrase to live in the outer world. I doubt this will happen, because it’s not memorable enough. The delivery is just a testimonial to the camera and isn’t enough of an idea.

Greenpeace. I loved this, it’s a great idea to have warm characters to humanise the plight of turtles, it makes you feel more empathetic. The casting is fantastic and it’s really well shot. It does remind me of Wallace and Gromit and Creature Comforts – but is that a bad thing?

BBC. I’m rarely envious of poster executions, but I am of this – it’s excellent. Seeing it loom into view as you wandered through the night would be chilling and brilliant; you could not walk past and ignore it. I think I enjoyed the poster more than the actual Dracula series.

British Army. With this one, I have to think about the target audience and not think about my middle-aged self. I can see that it’s aimed at youngsters with low confidence, but for me it still doesn’t work, because all of these things that affect your confidence are still out in the world. It is well put together, but the idea of picking up a gun and running into war to give me confidence? They’d have to try a different tack for that to work with me.

KitKat and Airfix. I do like this – the fact that KitKat teamed up with Airfix is key to this working, it makes the gag more legitimate. If I were ever to ever do an Airfix model, I would find this a funny gag – or I could be inclined to get a life. (Joke. Please don’t write to me, Airfix fanatics.)

Oatly. I found this intriguing and captivating. The tone of voice was particularly enjoyable, it’s non-ad-y, feels like it is written by a quirky individual and it does a great job of building up the Oatly brand personality. Having said that, I’m not sure I’ll ever buy this product and I can’t help but feel that’s half the battle – maybe even more than half.

National Trust. Speaking of target audiences, middle-aged me wanted to be outside enjoying nature at a National Trust property after watching this ad. It’s very much a good-mood film, and it gets across everything that you want. A good reminder that not every ad has to be particularly new or unique to be effective.

Butlin’s. This is quite a good attempt from Butlin’s to readdress what audiences might get out of going there, through the sense of achievement that kids get from adventurous endeavours. But, after watching this with my kids on TV over the weekend, I’m not convinced – they berated this execution. The over-dramatic nature is meant to be tongue-in-cheek but it didn’t stand up. It reminded me of the PlayStation "Living your double life" ad but wasn’t as powerful. It’s never going to be Adventureland – and that’s my kids being cynical, not me.

Department for Education. This was well put together and well executed, it’s a great piece of work. It was well acted and left me wishing my school had been this caring – if I had thrown my bag at a locker, my teacher would have caned me three times.

The Department for Education "Tuesday" by Havas London