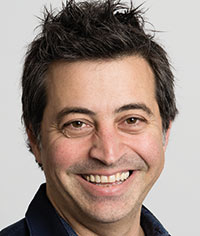 It’s a pretty simple cycle. Great work from others makes you feel angry. And a bit jealous. You wish you had come up with the idea first. You wish you had done it. But then all that turns into pride and gratefulness. Proud and grateful to be part of our industry. And respect. Respect for the creatives who came up with that great piece of work. After that, it makes you angry again and want to work harder at getting to great work like the one you just saw.

The line-up today is full of work capable of triggering that cycle. I’ve been moved, I’ve been tickled, I’ve been run over. I felt angry, a bit jealous but full of respect. Because I’d have been proud to make any one of this week’s ads.

Warner Bros (1). Everyone loves Batman. Especially Batman. Three powerhouses (Lego, Warner Bros and Channel 4) have come together to produce a piece of work that adds to the magic of Lego’s movie franchise. It’s great to see collaborations and, in this case, we have two. Bringing Batman to Channel 4 plays to each brand’s merits. And it makes Channel 4 intermission takeover fun, inventive and all things Batman! It worked wonders on my kids and – let’s be honest – myself.

Gambleaware (5). Ooof! The casting in this ad is brilliant and the execution is as sharp as its dialogue.
I sense there has been a little inspiration from Sir Ben Kingsley’s Don in Sexy Beast, but that’s only because the performance is as cutting and menacing. The tortured inner voice of a gambling addict is equally reassuring as it is manipulative and this plays to the menace of addiction incredibly well. Although troubling, I do want to see more of them. I’d be intrigued to see how this idea plays out in other media, especially contextualised online and out-of-home.

Paddy Power (3). Now for the opposite end of the spectrum. An amusing ad with an earworm of a soundtrack turns this overlooked chubby coach driver into a loveable character. This ticks all the boxes for me entertainment-wise. And, on top of that, it’s about seeing the silver lining and staying positive. An insightful piece of work that empathises with the everyday and leaves you with a smile, humming.

Land Rover (2). Being based in Knightsbridge, we’re surrounded by these, so it’s good to see the Chelsea tractors in their natural environment. Land Rover stays true to its roots of being hard-working vehicles but still doffs the cap to its King’s Road audience with a Michelin-star restaurant experience. Land Rover puts its products to the test and demonstrates that the proof is in the pudding.

British Heart Foundation (4). MullenLowe delivers another incredibly powerful piece of work, raising awareness of heart disease. This out-of-body experience, through the eyes of a bridesmaid, demonstrates the importance of having regular health checks. Told through the ripple effect it has on loved ones, the ad does exactly what it intends to do, and I’m left with a rightfully worrying aftertaste.

OK. Enough. Now I’m angry again. Back to working hard to get to great work that makes somebody else angry. 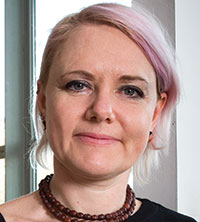 It seems to be a week of thoughtfully observed human emotions. A lot of internal monologue and self-reflection. Plus the appearance of a Lego superhero. So let’s start there.

Warner Bros (1) is a playful media placement. Lots of fun to be had, and I always enjoy Channel 4 and its experimental approach to its own channel – but this feels like the kind of partnership you see now for many animated-character-based Hollywood films. Not my star of the week, but quite good fun, simple and I’m sure six- to 12-year-olds will smile.

To Land Rover (2). A sweet stunt that jumps on the extreme food tourism trend started by the likes of Anthony Bourdain and Chef’s Table. Unashamedly aimed at those for whom driving long distances for a fancy meal is both exciting and has social cachet, the films I liked the most are the short vignettes with the chef foraging in the woods. They’re quiet and honest and somehow bring the warmth of Simon Rogan’s fire to the brand.

A different kind of travel now with Paddy Power (3). The interesting thing here is the lack of product at the centre, in a sector that is all about showing the product and the bet. Lighthearted rather than irreverent and more human than its laddish work of the past. Those moments, from hedge-weeing to stopping for chips roadside, might seem stereotypical as a set but they still feel firmly based in real situations. It’s a great song to carry the story along and keep everything lighthearted rather than feeling too sorry for the poor bloke behind the wheel. I couldn’t help thinking that our driver wasn’t very good at his job, though, and he should have counted his passengers before setting off again post-wee.

Which brings us on to Gambleaware’s (5) "Voices" films – because, for every gambler who can happily bet on a game, there’s potential for things to get out of hand. This is the most powerful piece of work for me this week and started me thinking about another equally plausible internal voice that our Paddy Power bus driver might have been having. The voice of the gamble is brilliantly observed and feels as though it comes from real understanding of the issue and the internal turbulence of addiction. If I were a problem gambler, I think I’d recognise that voice. My next question would be "What now?" – directing people to seek help is something that could be pushed more strongly as a call to action.

And so to our last heartstring tug of the week. It’s hard to come at health-related charities with something unexpected – and, in choosing both a wedding moment and a young woman, the British Heart Foundation (4) certainly has a different viewpoint. The internal monologue is memorable, particularly as it has been on high rotation this week, but both Paddy Power and GambleAware have used creativity to make more impact.

All in all, not the worst week in the world for advertising. And a good reminder that, as empathy and honesty in ads grow as a trend, making sure that there’s still the creative licence in there to play is what makes the good great.