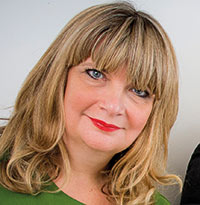 The world has turned into a Fruit and Nutcase. An Orange Man’s in charge of a superpower. It’s making me want to go out and Get Smashed. Whassup? Where’s the JOY!

What has happened to all the hilarious ads that made our world that bit brighter? That made us forgo that cuppa in the break? That distracted us from politics and bad news? That we talked about down the pub or to the cabbie?

I need this year to be the year of the belly laugh. I’ve even been watching more reruns of Only Fools and Horses than ever before. (Which is making my husband very happy but not my boy, who I’ve started calling Rodney.)

I’m starting with SAINSBURY’S (3) "Food dancing". To me, it feels like the pitch mood film. Which I love as it feels fresh and from the heart. Every walk of life is represented here. It makes me want to dance as I cook and I’m feeling that maybe as a nation we might all be united by something, after all. So there’s definitely some joy. Not laughing, though.

OK, the joy lens may be a bit unfair on this next one, CANCER RESEARCH UK (5) "Live from the inside".
I think the current campaign is cracking. The charity needed to remind us that, even though the breakthroughs have been fantastic, the fight is far from over. There are no heartstrings here, just matter-of-fact cancer moments – like this one, showing a colonoscopy live. It turns from frightening to fascinating. I shared my colonoscopy with my creative department once. The surgeon had taken some photos that I thought were so interesting that many people would want to see them. They didn’t. Moving on.

Right, next up is Pot Noodle (4) "You can make it Gary". Oh, how I long for "the slag of all snacks". Not to eat… well, yeah, that too. Look, I know I keep harking back to the good old days, but I’m afraid this ad showing Gary’s ridiculous rise to mega-stardom didn’t get me giggling. And, out of all the ads I’m looking at, this is the one that was trying to. Maybe it’s my age. Maybe my belly is now too big to get a laugh out of.

I really like the strategy for the BBC SPORT (2) 6 Nations ad. "Let’s settle it on the pitch" gets the fans of different teams to pitch their nation’s best bits against each other. Except there’s no tension in the execution. They talk predictably to camera. There’s rousing music as you would expect. It’s all very "nice". Hmm, could be why I’m a football fan, not a rugby fan.

The film launching Paul Pogba’s Adidas (1) collection "unfolds like a gallery installation", apparently. Shot in a cool urban warehouse-style place. His footy skills are interspersed with cool urban youths, and accompanied by a cool urban track. One thing that did grab my attention was that snow was falling from the roof inside the warehouse.

Now, imagine if they’d had a chandelier… 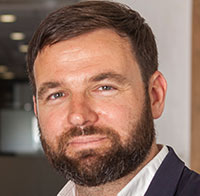 That’s the first thing that came into my head when the Private View email popped up in my inbox.

Not because I have any personal interests to declare here. I’ve never worked on the account, or for the agency behind the work, or even the agency that used to be behind the work. It’s just that I’ve always hated the thought of having to piss all over the fruits of someone’s hard labour in public. After all, ours is a tough enough industry as it is and it’s not like anyone ever set out to make a bad ad. So I’m going to try to park the things I don’t like about this film and concentrate on the positives instead.

It’s brave. It’s distinct. It’s got flavour. It’s modern (ish). My two-and-a-half-year-old loves it (but she’s a sucker for anything with a boogie in it, so that’s a cheap win). And it obviously helped win the most hotly contested pitch of the year (I have a feeling that it has a near-identical mood-film twin lurking forgotten on someone’s desktop – try playing it to The Black Eyed Peas’ I Gotta Feeling and you’ll see what I mean). I also like the whole "living well" thought. But I do hope that what’s in the pipeline is better and I have a feeling it will be.

Talking of instalments, I thought the previous ad in this Pot Noodle (4) campaign, the ring-card one, was fun. So I was hoping this topical, Trump-inspired film was going to hit all the same notes – but it didn’t quite do it for me. Maybe it’s because the accent annoyed me and the other two genuine Geordies in the office, I don’t know – but I finished watching it feeling a little bit whatevs. I do detect the faintest whiff of challenging budget about it, though, so credit to the agency and director for their film-making resourcefulness in bringing this one to life.

I’m not so sure budgets would have been an issue for the people behind this film for Adidas (1) launching Paul Pogba’s clothing collection. It would have struck me as a pretty decent creative opportunity too, so it’s a shame no-one thought to attach an idea to it.

Next up is this film from BBC Sport (2). I saw a similar effort from the same brand a couple of years back, when it got rugby fans to tell the camera who they most wanted to lose (England). It was quite funny and got itself banned. Job done. This one feels like it had to go through the PC mill, and the result is respectable enough but could do with a bit of an edge.

I’m worried I’m starting to come across all crabby, so thank God for this film for Cancer Research UK (5). Bleak as the subject matter is, I’ve always loved this campaign. Heavier hands could have overcooked it but it has always been pitched perfectly, the films all the more powerful for their undramatised restraint. This latest one was broadcast live and, while it might lack the touching human moments of the others, it’s executed with the same self-control, with the live element not getting in the way of the storytelling.
It’s potent stuff and I really wish we could see this campaign on TV more often.

Pot Noodle "You can make it Gary" by Lucky Generals

Cancer Research UK "Live from the inside" by Anomaly