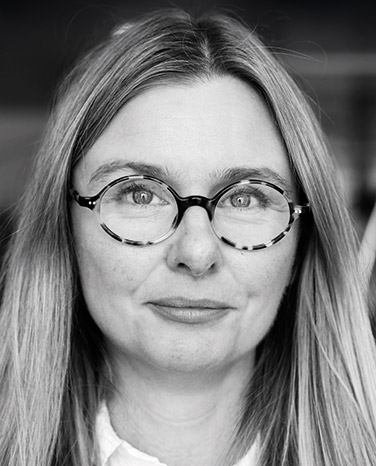 As I write this, Digitas and the other agencies that have united as #createandstrike are preparing to support Greta Thunberg and march at ClimateStrike. We’re sending a message to politicians. But I believe that real environmental change has to also come from business. Think palm oil, beef cattle in the Amazon and plastic bottles of water. So what are this month’s brands doing to try to make the world a better place?

Beco is trying to get more disabled people into the workplace. That’s a worthy thing to do. And I was expecting a worthy, handwringer of an ad, but no. Many people with disabilities have a great sense of humour and this work reflects that insight beautifully (my brother has Down’s and he’s got a GSOH – he has to with relations like us). The strategy is fresh too – I’d nick Beco’s staff.

I saw the Barclaycard ad on TV a few times before I encountered it here, so I sampled it as a true punter. Top marks for catching my attention while I folded the laundry. But I was mostly fascinated because I couldn’t work out if the woman was a real-life wrestler? The mirror storytelling technique escaped me because I never saw the other ad. So did the fact it was for Barclaycard. Not much there in terms of making the world a better place.

Cadbury Dairy Milk is understated, insightful and touching. This film is beautifully observed and written. I had a little cry. Very, very good indeed and will stay with me for a while. It’s also part of a wider campaign with Age UK to tackle loneliness in old age so Cadbury is "doing its bit".

McDonald’s is always getting a bashing from someone but from what I see it is a company that is at least trying to do the right thing. Possibly because it is always under so much scrutiny. These latest ads, while lacking the simplicity I admire in the rest of the McDonald’s canon, tell me it uses free-range eggs and beef that’s from the UK. Not from the Amazon rainforest. That’s a good thing.

Celeste Barber’s recreation of Instagram posts of celebrities is hilarious. The Klarna work isn’t and it leaves me confused. The explanation of Klarna’s best benefit is left until the end and then rushed off, in a tinny and tiny voiceover. Maybe the message should have been: "If you really, truly, need to buy yet more stuff, buy it with Klarna."

"I like you ’cos you like me and you don’t like much," KD Lang sang. Liking things that others don’t is the strategy behind Channel 4’s idea. And it is funny and clever in equal measure. Any company would be brave to run an ad like this in such risk-averse times but Channel 4 knows its audience. So, keep on offending folk Channel 4. You’re on safe ground.

Good on Zalando for its film for TikTok and Twitch featuring an eclectic range of people from Rain Dove to Felicity Haywood, making fashion work for them. Although if I dressed for myself and nobody else, I’d be wandering around in my pyjamas all day.

Bacardi might be good at throwing a party but it is a little late to this one. There is not much room left on the ASMR bandwagon but Bacardi has squeezed on with a track made from sounds of ice being crushed, drinks being poured etc. The "Sound of rum" is more background music than dance track. I think it needs to refresh the strategy.

Nike "You’re it" is swaddled in lush and expensive production techniques. While its aim – to boost the confidence of girls aged eight to 12 – is laudable, this feels like an exercise in style over substance. There’s been a lot of strong work done in this area, "Like a girl" to name but one of many, so if you’re going to join the throng you need to try harder.

Period advertising has come a long way in the past 20 years and incontinence deserves the same creative evolution. But I don’t know if ads featuring a woman running around with a cartoon bladder would truly connect with the millions of 45-plus females who suffer with the condition. This ad for Elvie feels very niche and for a younger audience. However, any efforts to destigmatise the problem with a little levity have got to be a positive. 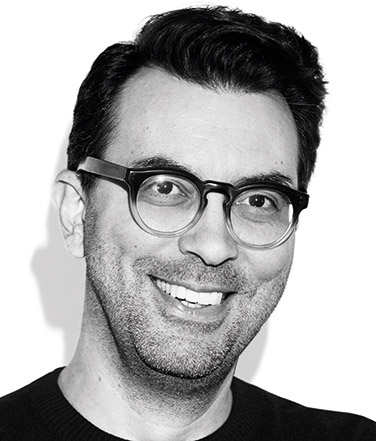 I can’t help but feel a nagging sense of navel-gazing when reviewing work that’s already been made by other agencies and it’s not for a tangible outcome (ie. to decide whether it merits an award). The question which then arises is: "Why am I doing this?"

We, creative people who make things, should express our views on the industry via the stuff we create and not by climbing on to the soapbox to lecture on high-minded principles we ourselves don’t always meet in the first place.

Alas, nothing is ever ideal. So here we go. I’ll start with the ones I liked the most.

First, Beco. What I love about this idea is that it’s a gesture, more than a message. By showcasing its staff in all kinds of media, Beco is really living up to its promise. It’s also a brave gesture too, aptly named "steal our staff". From a craft point of view, the play with the audio description (which ads rarely offer but this one, being about accessibility, did) is nicely done and it captures how much fun the "cast" had with it.

Beco was also the only piece of work sent to me that wasn’t a TV ad or a film. There’s nothing wrong with films, of course. Video is where social media is going anyway. It’s just that, with all the unlimited ways a brand can address a business problem these days, I was expecting to see more than nine films out of 10. It may very well be just the collection of work that was sent, and not that every agency out there is saying "a film" to whatever problem is thrown at them. If fact, I’m sure that’s not the case.

When I saw that Cadbury "Fence" was a TV ad, my immediate reaction was: "Another one! This better be worth its minute." And indeed that was time well spent. It’s reassuring to see how some clients clearly understand that the role of TV has changed in the XXI century, and the agency absolutely delivered on it. It’s a wonderful little story, incredibly well told. The craft with which they’ve built the grumpy neighbour, with bits of contradictory sentiments so he isn’t flat and one dimensional, the sound of the kids’ play, the story progression, the economy of means – all of this is impeccable. The line at the end is perfect, and fits like a glove, or should I say like chocolate and tea (see, client? It wasn’t wasted on me. A gentle nod was enough).

And to think this could well have been one of those strategic videos we frequently see on TV these days. You know the ones I mean: a feel-good track and a torrent of vignettes accompanied by a voiceover downloading the strategy on to the audience. As if they had to spoon-feed the brief because a creative interpretation couldn’t be trusted to deliver the message (an insult to all poetry, music, visual arts, film and theatre ever made). When strategy shows, lack of creative faith often does too.

Barclaycard and Klarna set out to be funny but somehow lost their way. I felt I understood their intent more than I enjoyed its realisation.

Same for McDonald’s. These two new executions make fun of social trends that pose as too cool for school, like they did with fancy coffee shops before. OK.

Channel 4 has a provocative angle. But I prefer its unrivalled take on the Paralympian athletes and cutting-edge executions. That was a lesson to be learned, if you’re good enough to learn it. That was the pinnacle of the profession.

Zalando is nicely shot. But the message, delivered in quite a defiant tone, has somewhat become mainstream. So I think the edginess is slightly misplaced.

Bacardi has a pleasant track, but I didn’t get creatively challenged by it.

Nike and Elvie make good use of animation. Beautifully executed, but my heartbeat remained the same and my ego didn’t get hammered in the head nor sent back to its box shivering and moaning, which is what happens when Nike nails it like only Nike can.

That’s all, folks. Solid work but nothing to ruin the day of a fiercely competitive creative.

Zalando "Free to be" by Grey London

Klarna "I wish I'd bought it with Klarna" by 72andSunny Amsterdam