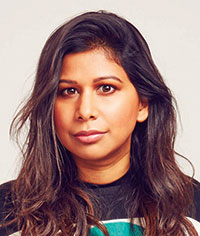 Sorry to yell but WHY IS EVERYONE DANCING? OR STRUTTING? OR FEELING AWESOME AND LEGENDRY?

This week’s ads are the embodiment of the friend who says their life is always amazing but, underneath it all, is riddled with insecurities just like the rest of us. Yes, we should inject fun into our advertising, but there has got to be some insight or truth, otherwise people won’t connect.

The first thing that struck me about the HAPPY EGG CO (4) film is that no-one is this happy in the morning. Not even if they got laid the night before (’scuse the pun). If you hit the perfect spot between hard- and soft-boiled, you wouldn’t risk spinning the plate so recklessly. The egg could so easily topple from its cup. Time is precious in the morning. No time for dancie round the housie. If you’re not in full battle mode with the kids, you’re probably wrestling with liquid eyeliner or being shredded by your razor. Plus, the hens at the beginning of the ad actually have sad faces. They look disgruntled that the farmer is dancing off with their freshly laid eggs.

I saw more truth in the piece for Victim Support/National Centre for Domestic Violence (5). In an abusive relationship, the hardest thing is being in love with your abuser. A paradox that the choreography brings to life. What it fails to do is show the complexity of domestic abuse. It focuses more on the physical act. This is a difficult topic to talk about, but it’s important that we do. The Archers recently tackled domestic abuse with Helen and Rob. It encouraged victims to tell their stories. It helped spread the word. Although abstract in nature, I hope this film encourages those suffering to seek help.

Ready for more dancing? When I watched this ad for BOSE (2), I was struck by how amazing London looks without the hustle and bustle of the people and traffic. Reminiscent of the deserted city scenes from The Walking Dead, this ad is beautifully shot and puts the product benefit front and centre. The film is even more powerful if you watch it without any sound.

NPOWER (3). This voiceover is so annoying, I struggled to watch the whole thing through and missed what the ad was trying to sell. There’s a nice idea in this campaign, buried by shouty voiceover and ad conceit. Props to the man who walked over Lego time after time to get the perfect shot.

And, finally, NESCAFÉ (1). Let’s pick up where The Happy Egg Co left off. Feel like an awesome badass when you drink Nescafé in the morning. In an effort to target a younger audience, George Clooney was not invited to the party. This ad features a bearded-barista-looking fella. The kind who only serves cold brew and drip coffee. Although the ad shows Swooshy Man leaving his house like a legend, his life isn’t all good. He has diseased pigeons flying around him, Hitchcock-style. And he is wasting coffee beans by showering in them on his doorstep. At least Swooshy Man has a good track to strut along to. He’ll be OK as long as he doesn’t bump into the Moneysupermarket.com guys round the corner. 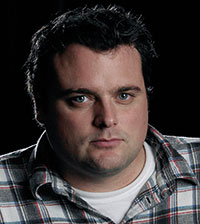 Everyone has an opinion, right? We directors are luckily paid for ours – it’s our job to apply our opinions or choices to a script and elevate an idea, bringing it to life in a meaningful way.

Directors look at ads differently. We get the script and distil the idea down to a single thought, probably somewhere close to the original brief, and then we add flesh to the bones of the story. It’s during this process of executional craft that we add value.

With execution in mind, I’m disappointed with the film for Victim Support/National Centre for Domestic Violence (5). It depicts the average two years it takes for domestic violence to be reported, told through the medium of dance. We see a couple "abuse dance" their way through an empty house for 3.5 minutes. Near the end, there is a moment of change when an invisible glass door abruptly stops the abuser. It obviously portrays the moment when the abuse is reported.

It leaves me wondering if it could have been better accomplished. If you distil the idea, it’s talking about abuse being invisible for two years. So why have the bloke throughout? I would have had the girl dance and portray the abuse for 50 seconds (ample) and then introduced the abuser trapped behind the glass at the end. I think it’s a clearer representation of the idea.

While we’re on the subject, should you want to watch some emotive dance, I suggest David LaChapelle’s video to Hozier. A much better use of three minutes in my humble opinion.

Wow! The director of the Bose (2) film knocks it out of the park. The idea is about noise-cancelling headphones and, like before, we see this brought to life through the medium of dance, with a talented young lady getting lost in her music in what looks like a scene from The Last Man on Earth. It’s beautiful, captivating and hits the message hard. It looks like it was shot on 35mm. Props to the post house and hats off to the director and team – a lovely job.

The Npower (3) film is a mixed bag. The idea is about secret powers and it’s depicted through an observational sequence. We see a lad who can tell you the day of week for any past or future date, then another balancing towers of kitchen utensils. It’s shot nicely. I just can’t work out why there is such a shouty voiceover. I find it distracting and rather spoils it.

Nescafé (1). It seems that this "Swooshy Man" has had his morning coffee and now feels like a legend, though nothing that legendary happens to him. He gets showered in coffee beans and then gawped at by a bloke and his hound as he strides down his street. It’s all rather kitsch and a bit naff. In my opinion, there’s a more epic version of this to be had and it has already been made for Moneysupermarket.com.

The big idea is less clear in the Happy Egg Co (4) film. I think it’s about just being happy – if you’re a chicken or an egg or a human eating them. It’s a colourful and, again, dance-driven representation of what was on the script. Is it better? God knows.

Anyway, that’s my two pennies’ worth and, as Brian Clough once said: "It’s only opinion – makes the world go round."

Happy Egg Co "Chain of happiness" by The Clinton Lab

Bose "Get closer" by Grey London