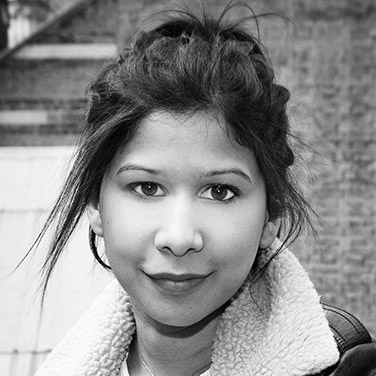 Picture this. I’m seven years old, standing on the freezing cold sidelines of a makeshift football pitch in the local park. My dusty little Raleigh bike sticks out in a pile of BMXs. I’m watching my three older brothers and their friends kick a sodden ball between one another.

I want to play – but they won’t let me. I’ve been given the job of "ball girl". My brothers didn’t mind if I played or not – they were used to me being up in their business; it was their mates that had a problem. Once I tried to run on to the pitch and a boy shouted in my face: "YOU’RE A FUCKING GIRL." I retreated back to the rolled-up-jumper goalposts and waited for the ball to fly over so I could do my job. "Ball girl".

A few seconds later – SMACK! The scratchy shell of a soggy Mitre football collided with the side of my face. You know that feeling. It stings like nothing else. The boy who toe-punted it my way laughed, while I tried to blink away tears. If you’ve ever been that ball girl, or made a girl be ball girl when she wanted to play, these ads are for you. The Women’s World Cup is important. The supporting ad campaigns are important.

Lucozade "Three lionesses". An iconic track reimagined. The new lyrics insightful. And the scenes beautifully observed. From awkwardly changing kit in the car to being the lone trainer on the pitch at night. The feeling you get from this ad is that these women can and will bring it home. And a much better way to do spoken word than Budweiser. Bleurgh. Suki Waterhouse speaking the words of Queen Elizabeth I is not inspiring. I would have found it more entertaining to watch a bunch of female footy fans do a remake of "Waaaaaaasssupppp".

BBC "Change the game". Ms Banks brings the energy here along with the players. Powerful. Engaging. A great track. This one clearly touched a nerve with some male football fans, as one YouTuber named Mint Music commented: "NO YOUR NOT CHANGING THE GAME, there is no women who plays like ROLANDO, MESSIE OR NEYMAR." Comments like this is why we need work like this. And with someone claiming such deep knowledge of the beautiful game, you’d think they’d know how to spell Ronaldo. And Messi.

As a side note, I’m sure Ms Banks was paid for her creativity – I hope the BBC has written that cheque for Yomi Adegoke and Elizabeth Uviebinené for the use of "Slay in your lane", which was used in the supporting posters.

Visa pledged to support women’s football with "a marketing investment equal to the support of the men’s World Cup in Russia". A fantastic commitment on its part to women’s football. But the actual ad lost me in the first shot. A cutesy little girl in a pink frilly skirt and footy boots is an image the world does not need. We can wear shorts just like boys. Cut to the "ping" on the Visa card and I’m completely gone. The voiceover is dull. The piano makes me feel like I’m about to walk on to the pitch and die. Although this ad was based on true stories of female footballers, it hasn’t come across in this rather corporate film.

On the flip side – my favourite ad in the line-up comes from Nike with "Dream further". I LOVE this ad. It gave me goosebumps end to end. The perfect soundtrack. Fun and excitement jam-packed into the three-minute supercut. There are so many fantastic scenes, but the chanting in the changing room is incredible. If there’s an ad I wished I had seen when I was a kid, it would be this. I loved Nike football ads growing up. "Parklife" and "Kick it" were my favourites. But, deep down, I knew they were for the boys. If advertising like "Dream further" had been around when I was seven, I don’t think I would have accepted the role of "ball girl". At the very least, I’d have kicked the soggy Mitre ball back in that boy’s face. 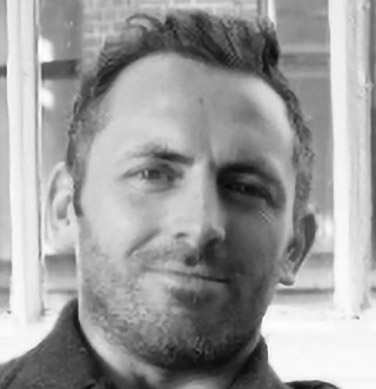 A lot can change in four years. From the last Women’s World Cup in 2015, I couldn’t recall any brands creating anything around the competition. A quick Google revealed only a few broadcast promos and a single woeful commercial for a credit-card company.

The fact you are even reading this special Private View is testament to how much things have changed.

Up first is the King of Beers (Budweiser). Oh God, this could get awkward. But, alas, it thankfully resisted swapping king for queen and has instead resurrected the famous speech made by Queen Elizabeth I when the Spanish Armada was pottering up the Channel. It features stock footage of the Lionesses mixed with a cast of female actors, models and celebrities. You’d like to think that the English players would be enough to rally the nation without the assistance of Suki Waterhouse, but I guess you can never be too sure.

Next up is Visa with its "One moment can change the game". Looks good and the sentiment is there to tell the stories of some of the stars of the World Cup, but I missed the connection to which players have inspired which scenes. The emotional soundtrack tugs at the heartstrings, though, and the final message nods nicely to how this World Cup could truly be a defining moment beyond just football.

Lucozade has reimagined the greatest song in the history of the world ever with aplomb. It could have been sacrilege, but the spoken word reworking of Three Lions left me with a lovely mix of feelings. The first being a little guilt that I haven’t been avidly cheering the Lionesses on throughout the qualifying stages. The second being the same blind optimism I had last year when the men’s team were giving it a go and I was convincing myself that glory was ours. "You never know… anything is possible… we could bloody win the World Cup… it’s fucking coming home!" (Cue the memes.)

The BBC has gone for a different tone, albeit another reworking of a song. This time the rapper Ms Banks performs a rewritten version of Remember the Name by (and I admit I didn’t remember their name) Fort Minor. The textured visuals showcase many of the faces that will no doubt be household names in the near future and even manages to slip in the biggest omission from this year’s competition, Ada Hegerberg. It’s punchy, confident and continues the great work the Beeb is doing at pushing women’s sports to the masses.

Finally, on to Nike, a mainstay of halftime ad breaks, which has put its money where its mouth is with a showpiece spot. It’s a joy to watch, with the usual frenetic cuts and myriad of players coming together in one big Nike mega-mix indulgence of footballing pleasure. It treats its female stars with the same reverence with which it treats its male ones… which is a pretty decent yardstick for creating work for the women’s game. Just treat it as football, first and foremost. Because, well, that’s what it is.

It’s brilliant that there are so many brands creating work for this year’s World Cup and hopefully their collective message of equality will trickle into all areas of business beyond just football sponsorship. They’re helping to change perspectives and attitudes, and thankfully the signs are there that the interest in women’s football will continue beyond 7 July. Barclays is sponsoring the Women’s Premier League and with this World Cup taking off, hopefully more sponsors will back the sport. Which will give us advertisers the chance to do our bit to elevate not only women’s football, but women’s sports in general.

A lot can change in four years, but with creative work like this making an impact, this could be just the beginning.