After all the talk, has the ad industry embraced truly integrated productions and what they can deliver? This was the question posed to us recently at B-Reel and B-Reel Films. Actually, there's no single response, since what is possible is constantly evolving and we must always be ready to embrace new scenarios. But through the years, our experiences have taught us some "best practices" that can help deliver truly integrated commercial productions.

Not so long ago, an "integrated campaign" meant bolting on digital executions to an above-the-line campaign. Often, separate creative teams, creative directors and producers worked on the digital output and the print or film output.

Today, digital claims a prominent seat at the table: marketers see the explosion of channels through which a brand can gain exposure. Agencies are becoming more digital-oriented and more skilled in integrated productions, and creatives are becoming more media-agnostic. As a result, digital work is now increasingly intertwined with the other elements of a campaign, resulting in a more efficient production and a better experience for users.

Collaboration, as never before

Good multi-platform work is predicated on seamless integration between media. To achieve this, a team of experts from different areas must work openly together towards the same goal. But such collaboration is easier said than done.

Then there's the issue of pecking order between platforms: if one medium gets a head start, everything is run within its framework, making truly multi-platform results hard to achieve.

One myth in integrated production is that you can take any disparate players who are at the top of their game and put them on an integrated project. In reality, it takes a strong leader to coordinate everything effectively - both inside the agency and client organisation - or a single production company with true multi-platform knowledge.

A common obstacle faced by integrated productions is that what's included keeps changing. Do I use Flash or HTML5 - and which version of Flash? Do I create for iOS, Android and BlackBerry? Which tablets shall I cater for? What social media channels are appropriate (if any)? How can we do projection mapping? What's this MindWave thing? The cliche of "the only constant is change" rings true.

Agency teams don't have the time to stay abreast of all the new stuff out there. But that's where collaborative working relationships with integrated production companies comes in. At B-Reel, we're set up to investigate the new technologies that appear practically week by week; it's our job to understand the limitations and abilities, and to know how, when and on which campaigns to utilise these technologies in the most effective way.

The bottom line is that, in a period of constant change, it is fundamental to collaborate, share and learn to make sure you don't miss a trick.

Although the context we work in is constantly changing, there are best practices we believe are always important to adopt and help to ensure a smooth, integrated production. For example, to start with integrated campaign concepts and have someone leading the project with integrated knowledge to ensure all parts of the campaign get the same level of attention. Also, to try to pull down the borders between agency, client and production company to get everyone living and breathing as one team with the same vision for the campaign. Another key aspect is to understand each other's roles and leverage the skills in the team, and look to form partnerships with the specialists who can help with the emerging technology. 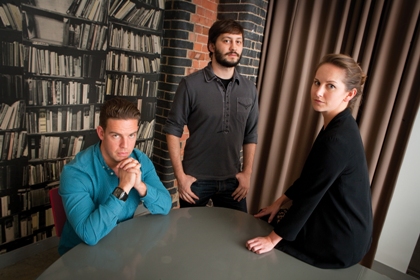 While working to "best practices" will greatly improve the efficiency of a campaign, they won't automatically make it problem-free. One of the biggest issues is the "hey-it's-on-the-internet-we-can-always-change-it-later" attitude. This couldn't be more wrong. An integrated production is often like a TV production, but with the added complexity of interactivity, therefore demanding even firmer rules and greater understanding.

To this end, we are pushing to create industry standards (see www.stndrd.org) that will benefit all parties.

As an example, B-Reel and B-Reel Films teamed up with Mother New York to produce an integrated campaign for Tanqueray gin that celebrates a heritage of speakeasies. The stories were the backbone of a TV and online campaign and website visitors experienced the night in a series of five chapters unfolding in different areas within a bar and an adjacent after-hours club. In each chapter, users were allowed a voyeuristic look into multiple sides of a story as they unfolded in a single night. B-Reel Films' Anders Hallberg directed a cast of more than 100 to bring the action to life and captured the details of the locations created specifically for the campaign.

This example of an integrated production showcased how well things can go when you have the digital creative team and film director collaborating from treatment to final delivery (it also helped push the budget further).

In the near future, increasing numbers of integrated productions will involve everything from experiential installations, where robots are manoeuvred by humans from their desktop, to magnificent outdoor events, where boundaries between digital, film and the real world will follow a new set of rules.

Here is where it's crucial to have truly integrated producers communicating with production companies who are masters of content production across film and all the "digital" channels. Those who understand software development and who can deal effortlessly with any technology and make websites, video and real-life events work seamlessly together are the key to the future of integrated productions.

Integrated productions are still evolving and will continue to do so.

The boundaries between the real world and what we used to call "digital" are blurring. We now have the opportunity to innovate, combining creativity and technology to define new emotional experiences and new ways for people to interact that we could never have imagined.

How HTML5 is coming to the rescue of the ad industry