Whether it's James Bond drinking beer or Philip Schofield not drinking coffee, it's all around you, you are bombarded by it all the time and yet often you do not even notice it. When done badly product placement, as Wayne's World so brilliantly satirised, can be catastrophic for brands and content producers. 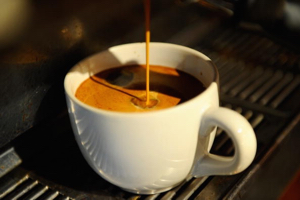 Product placement is so common to our everyday TV or movie watching lives, that it's hard to remember a time we could watch something without the deluge of advertising intertwined into our favourite character's lives.

This week ISBA and NMG Product Placement has updated guidance for brands on product placement. The move nicely coincides with the latest release from one of the biggest fanchises for product placement, James Bond.

Product placement first hit UK screens in 2011, when Nescafe offered This Morning (as British morning TV show) £100,000 to feature its new coffee machine, the Dolce Gusto, on one of its airings.

It was actually missed by many viewers as the machine, which was intended to be featured producing coffee for guests and the presenters alike, was relegated to the background in one of the cooking segments.

It may not have been a huge success but this was one small (difficult to see) step towards what now has become a huge cash-cow for many genres of TV programs and movies.

Product placement, when done well, can sometimes even enhance the viewing experience. An example of this would be the 2000 hit movie Castaway starring Tom Hanks as the FedEx executive stranded on a remote island. No money purportedly traded hands between FedEx and the producers for this featuring within the flick, yet the incorporation of the brand helped the movie feel more real. Reports suggest it improved global recognition of the brand and improved sales in Asia, where Fedex was not doing too well prior to the release of the movie.

"There was absolutely no product placement. We weren’t paid by anybody to place products in the movie. I did that in the past, and it wasn’t worth the little bit of money that they give you, because then you end up with another creative partner, which you don’t need.

However, it just seemed to me that the whole integrity of the movie would be compromised if this was some phony trans-global letter delivery service, with some Hollywood fake logo and all that. It wouldn’t seem like it would be real.

So very simply, we asked Federal Express for their permission to use their logo, and they could’ve said no. And that was it."

But when product placement is done wrong, it can not only ruin the fun for the people enjoying the content, but may also damage the reputation of the show and brand featured alike.

Here's what happens when it goes wrong...

The 2008 American drama 90210 was guilty of many things. The show story subjects ranged from sex tapes, mental disorders, prostitution, pregnancy and even murder but terrible product placement was possibly its worst offence.

The 2006 romcom starring Tom Hanks and Meg Ryan heavily featured AOL (America online) in the movie. So much so, the title of the movie derives from the automated voice recording played when a message arrived in an AOL user inbox.  Unfortunately for AOL this automated voice, coupled with terrible product placement was not enough to withstand the wrath heading their way, in the form of Google.

One could be forgiven for confusing this 1989 kids movie for one giant 94 minute Nintendo advert aimed at children, as that is essentially what it turned out to be - Admittedly though, it did make me want a power glove for Christmas.

Sex and the City

Carrie Bradshaw was the cosmopolitan drinking, serial dating, fashion coulmnist, who was the voice of wisdom to many of adoring fans. Though one does question her motives slightly when she suddenly starts sounding like a door-to-door saleswoman, peddling the benifits of using Amazon.

Know about any other culrptis of terrible product placments? If so, please let us know below, or on Twitter @MarketingUK  #TerriblePP

Quiz: but is it a brand?