Why did Somesuch branch out into publishing? Somesuch Stories has published online since 2014. Tim and Sally [Nash and Campbell, the Somesuch founding partners] wanted to create a space on the Somesuch website to give writers an agenda-free platform for longer pieces that were anti-clickbait.

We decided to launch a print issue to serve as a physical introduction to Somesuch Stories. We also relaunched the magazine on its own URL.

What kind of writing/stories do you look for? We want to offer a unique, intriguing viewpoint, whether based in fact or fiction.

Most pieces are commissioned after writers respond to a brief on our theme. The theme for February was sex and sexuality, which led to pieces such as Fiona Duncan’s story about the (un)realities of online dating. I approach most writers after being intrigued by their previous work, and others come recommended by peers or express an interest in contributing. 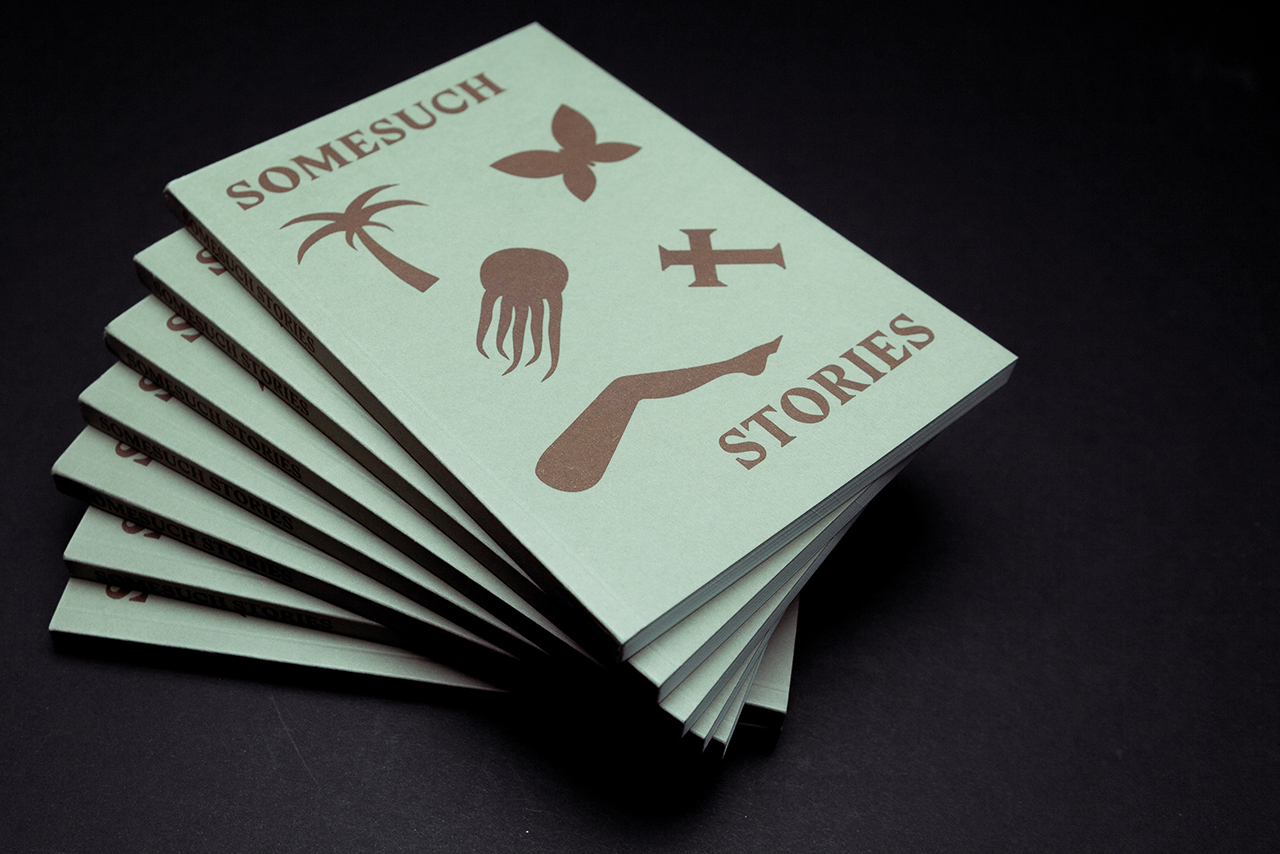 What was your inspiration for the design of the book? Sally’s initial reference was TS Eliot’s Four Quartets. Mine came from publications such as Strange Attractor Journal, n+1 and Granta. The look and feel was mostly set by Ditto Press’ Ben Freeman, who handled design and printing along with the graphic designer Kate Jefferies. Ben created a design that reflected a colonial-era cornucopia of icons on the cover. Icons, chosen from key parts of each story, were constructed from the title font and have a strong identity of their own.

What’s your favourite story from the book? It’s hard to choose as they all have distinct charms. Here are some reasons to love a few.

Amy Liptrot wrote a piece of creative non-fiction dissecting the feeling of being a stranger in a city, examining society from a sober standpoint. Rose Bretécher contributed a wry, melancholic short about a lonely zookeeper. Benjamin Myers’ piece reminds us what destructive creatures we are.

What are your plans for Somesuch Stories? We want to keep growing our readership so will continue to publish a weekly piece online and release another print volume later this year.

Production Company of the Year 2015: Somesuch