The creative gene may have some scientific backing but don't use it to reinforce a kind of reverse elitism.

My brother and I are both creative directors. Coincidence? Apparently not, as academics at the University of Oxford and Vrije University, Amsterdam are now telling us, that creativity was in our genes.

My brother and I may not be twins but their findings clearly state that the influence genetics appear to have on creative professions is "substantial" and not just about "pure creative ability" as genes also influence the personal characteristics needed "to make an artistic life".

Now, I’m all for scientific endeavour, but this report made me feel uneasy. Creativity is one of the few remaining mysteries we humans have – it’s why creative jobs will be the last ones replaced by the robots. So why are we trying to decode it instead of cure cancer?

Selectivity has been part of British culture since the year dot, especially in our class and education systems. So the suggestion of creativity as a birthright is incredibly dangerous.

Well, one theory is actually quite inspiring. Genetic conditions like dyslexia and autism have long been linked to creativity. People with these supposed "learning difficulties" have an amazing propensity to see the world in a unique way and place an emphasis on how things "feel" rather than how they look or sound.

Mozart and Andy Warhol are thought to have been autistic, and Picasso and Steven Spielberg were and are dyslexic. These people manage to tap into our emotions in a way few others can, so proof that you are made of similar stuff could be something creative industries can use to help identify potential at an early age.

On the flip side, however, this could also create a kind of reverse elitism. Selectivity has been part of British culture since the year dot, especially in our class and education systems. So the suggestion of creativity as a birthright is incredibly dangerous and would have certainly effected mine and my brother’s chances.

We were born into what could be seen as a very un-creative environment – a low-income working class household with no books on the shelf, no art on the walls, no piano in the corner and definitely no discussions on cultural nuance over the dining table, although that was mainly because we didn’t have a dining table. We did, however, have inspiration. 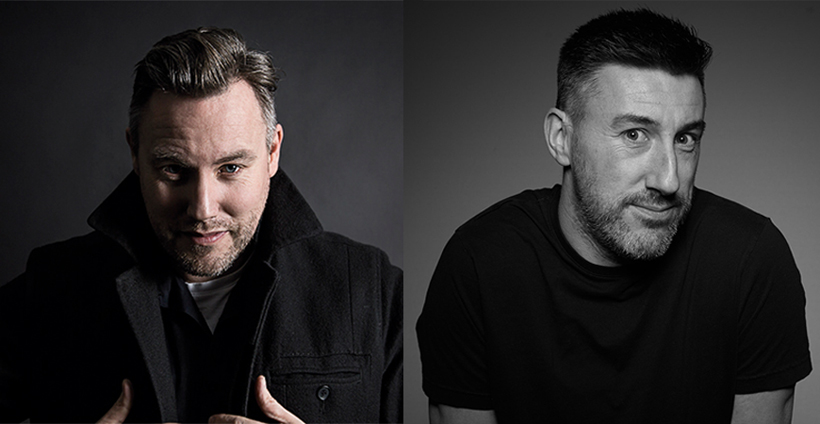 There were crafters and grafters all around us – makers, bakers, knitters, hammer and nailers. They all had the ability to conjure up something from nothing. The women in our family were also great storytellers, providing us with a constant stream of spin, gossip and anecdotes covering anything from religion to how uncle Jimmy ended up in a Moroccan prison.

Nurture, we would argue, has definitely had a greater influence on our careers than nature. And, if there was a creative gene, our parents thankfully didn’t try to educate it out of us.

The thing that leaves a bitter taste in the mouth, however, is the notion that creativity should somehow be understood or analysed in the first place, our industry’s obsession with how data can give us greater control and has powered the rise of programmatic, AI, ML and bots. Though incredible in their design and function they exist in the name of reduction and order – less to think about, speedier solutions, easier decisions – all of which prevent the conditions needed for creativity and invention.

This is why we’re now seeing a grand resurgence in our industry for creating "entertainment". We have long known that emotion is the trigger for action and while the media landscape has seen investment and advancement in platforms and services, the work that goes on them has been playing catch up.

The best ideas come from chaos and not knowing what’s coming next. Necessity isn’t the mother of invention, adversity is. That’s what makes it human.

Britain’s finest export is its creative industry. So let’s not allow attempts to deconstruct and formalise what creativity is and what it means to be creative to weaken that. Instead, let’s fight to make it weirder, funnier, more idiosyncratic. If they’re looking for a formula, let’s change the formula. If we’re all finding the same thing funny, create a new kind of comedy.

Fundamentally, the best ideas come from chaos and not knowing what’s coming next. Necessity isn’t the mother of invention, adversity is. That’s what makes it human.

Data can inform us, direct us and challenge us. But it can’t move us. The boffins may one day construct a robot that can have me in stitches explaining how it ended up in a Moroccan prison, but until then we need to do everything we can to make sure creativity retains the mystique it needs to thrive.

Glenn Smith is the creative director at Southpaw.

Life as an expat account man in the US

How to go the extra mile to attract top talent

How we can end the unfunny in advertising

Creativity and artistry is about breaking the rules, says BBC's Will Gompertz

Marketers warned against placing too much trust in algorithms

What happens when all creativity is judged equally?