In celebration of the Spring Solstice 2013 a giant monument was erected at Stonehenge at sunrise yesterday (19 March). 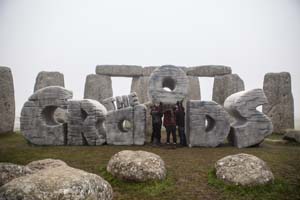 The event marks the first time a modern structure has ever been allowed on the historic site.

Recreating the original construction of Stonehenge, local scouts troop were also on hand to help roll the new colossal monument into place. 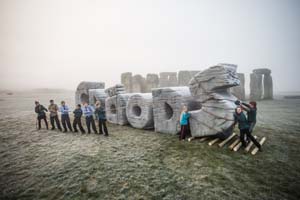 The Croods is a 3D comedy adventure released on 22 March that follows the world's first modern family through the journey of a lifetime. 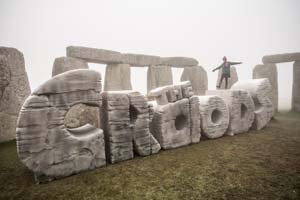 Comment below and let us know what you think.

In pictures: Center Parcs takes over Waterloo with virtual activation

Stonehenge bouncy castle makes its way around the UK