Survey found that more than 80% of people think social platforms should do more.

Fears over the harms caused by fake health news have prompted the majority of Britons to demand the government to introduce laws to prevent health misinformation spreading on social media, according to new research.

Some 78% of people fear that inaccurate health information shared on social media will cause harm. And 82% said that companies such as Facebook, Instagram and Twitter should do more to stop health misinformation from spreading.

A large majority (79%) want the government to bring in laws to prevent such misinformation proliferating on social media, according to an opinion poll of more than 2,000 Britons, commissioned by MHP and conducted by ComRes in May.

The survey also found that, despite the rise of social media and lifestyle "wellness" websites such as Gwyneth Paltrow’s Goop (pictured, below), most people turn to – and trust – media experts for advice on health and well-being. 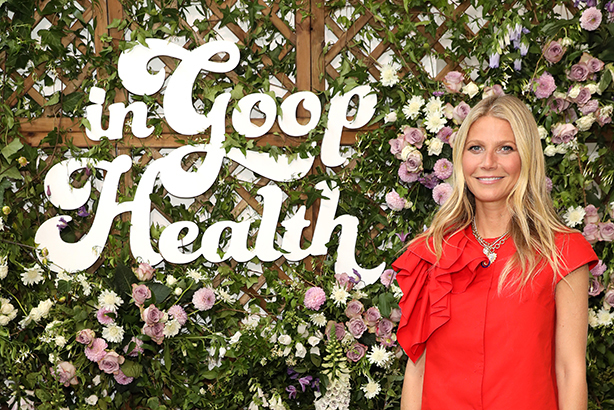 Healthcare professionals are the most trusted by the public, with 57% ranking them first in terms of trustworthiness, followed by the NHS 111 phone line or website (22%), then family and friends (14%).

One in 20 people (5%) cited social media as their most trusted source.

Kate Pogson, MHP’s head of health, told Campaign's sister title PRWeek: "Our survey revealed that, while perhaps the age of the expert is not completely over, the sheer volume and reach of social media means it is one of the most prominent channels for people accessing health information.

"This poses distinct challenges: research from Health Feedback in 2018 demonstrated that of the 10 most-shared articles on Facebook related to health, seven contained misleading or false information.

"The challenge associated with this for healthcare communicators is how to ensure accurate and credible information is as readily searchable and found as that, which is misleading and potentially harmful."

A particular concern is the "anti-vaxxer" movement, which is fuelled by social media and draws on controversial arguments such as discredited research into alleged links between autism and the combined measles, mumps and rubella vaccine.

The danger presented by significant numbers of parents deciding not to vaccinate their children against childhood diseases has prompted the World Health Organization to declare "vaccine hesitancy" one of the top 10 threats to global health in 2019.

And, earlier this year, delegates at The Public Relations and Communications Association's first health conference were warned that fake news is spreading faster than the truth, aided and abetted by social media, and is a growing problem that is harming public health and putting lives at risk.

This week, Facebook announced a crackdown on health misinformation. Travis Yeh, a product manager at the social network, said: "In order to help people get accurate health information and the support they need, it’s imperative that we minimise health content that is sensational or misleading."

In response to "misleading health content" that is "particularly bad for our community", Facebook has changed the way it ranks updates to reduce posts "with exaggerated or sensational health claims" and/or "attempting to sell products or services based on health-related claims".

In a statement, a Twitter spokesperson said: "At Twitter, we work to ensure we're surfacing the highest-quality and most relevant content and context first. To build on that effort, we recently launched a product intervention to assist Twitter users in locating reliable public-health information on vaccines.

A government spokesperson said: "We’ve set out plans to make the UK the safest place in the world to be online, including educating and empowering those who see, inadvertently share and are affected by false and misleading information.

"In the Online Harms White Paper, the government also committed to introducing a new duty of care on online companies to tackle a wide range of online harms, including limiting the spread of disinformation. This includes the use of fact-checking services and making sure they evaluate the effectiveness of their processes for tackling disinformation."

Facebook and eBay told to crack down on fake-review sellers