It’s the first time a major football tournament has landed in the middle of the UK’s peak advertising season.

I, for one, am very excited. As a Sheffield United fan, the World Cup represents a very infrequent opportunity to support a team that might win something.

But the media planner in me is also fired up. Let’s not underestimate this: we’re talking about the biggest set-piece opportunity for advertising of the decade. Advertisers that get Q4 2022 right will likely deliver unprecedented levels of effectiveness.

That’s why last week we brought more than 100 clients and planners together to get our eyes on the prize.

New data from Thinkbox, based on the Euros 2020 that ran this year, shows that tournament football offers incredibly cost-effective reach and an unparalleled ability to reach younger, wealthier consumers at scale. Couple that with an audience geared up to spend, and Gareth’s boys looking good for a tilt at the title, and the lure of Qatar for advertisers becomes clear. 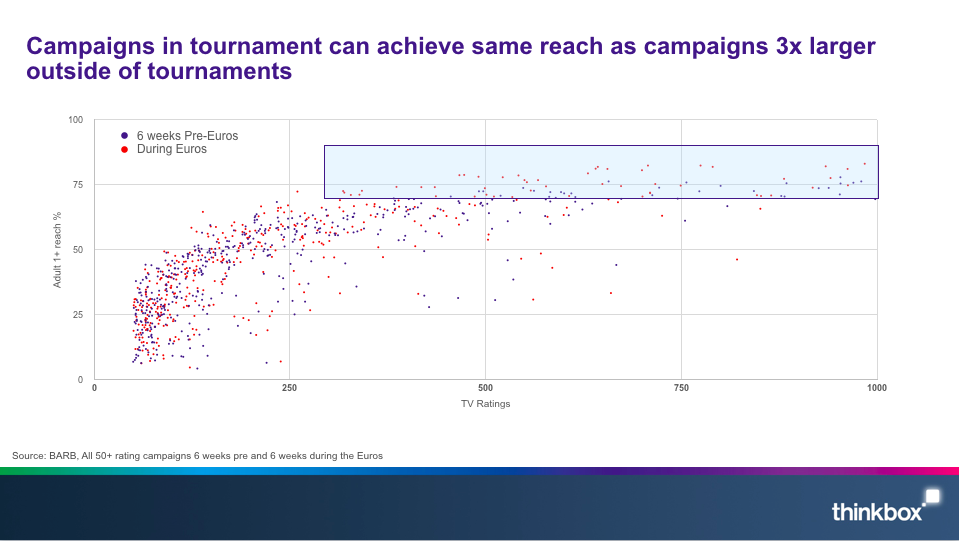 The footy also brings together these valuable audiences in groups (below). Given Christmas is not just about gift giving, but also when couples and families make major decisions about big ticket items, it may be that we see some big Boxing Day and January spenders pull campaigns forward into December. 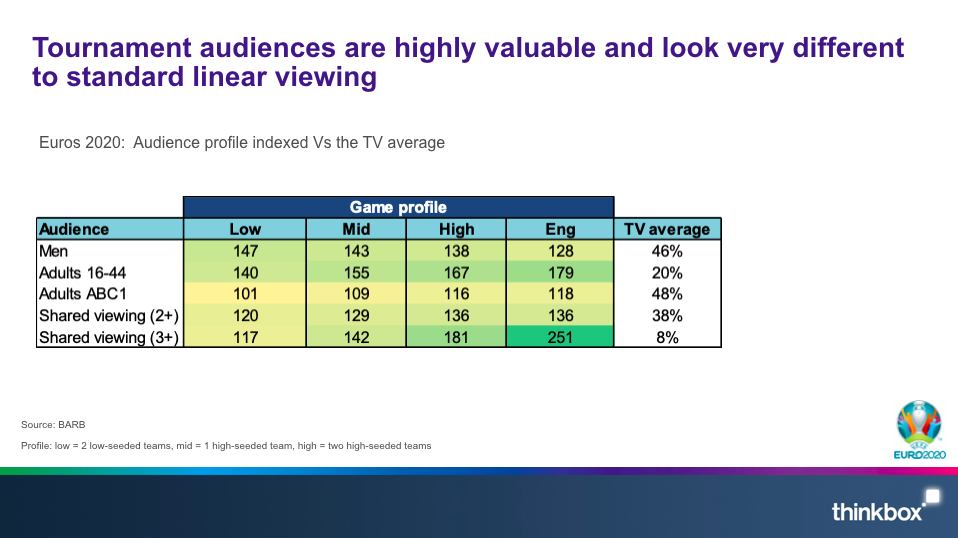 Whilst it's fair to say next Christmas isn’t brilliant for those advertisers chasing efficiency, it is set to be a bonanza for those firms who wish to drive growth, and build lasting brand perceptions.

But to seize this opportunity, planners (especially in media) must be cognisant of several unique challenges that are coming together at once for the first time:

For once, advertisers and agencies really ought to practice the “long-term thinking” we often preach.

Now is the time for senior marketers to be making the case for a strategic investment in communications during Q4 2022, and the proposed measures of success.

With alignment in the business before the end of January on the opportunity of a World Cup Christmas, a brand can then engage key media owners like ITV and Twitter early to secure the best inventory – which may be available as an option as soon as the play-offs finish.

ITV’s World Cup timeline, as it stands, is below. And whilst they were accepting ads into the England vs Denmark game at The Euros up until 24 hours ahead of time, the smart money is on flagging your interest early to secure the best packages and slots.

So media planners, start your engines. Although World Cup football doesn’t kick off for a year, now is the time to convene senior marketers on both sides of the agency-client relationship to begin plotting how you will bring about World Cup glory.

Richard Kirk is the chief strategy officer of Zenith UK