Three in 10 businesses are also anticipating salary cuts of at least 30%.

More than a quarter of agencies are expecting to make redundancies as part of efforts to weather the coronavirus crisis, according to new research from Moore Kingston Smith.

In its survey, 27.6% of agencies said they would make redundancies – compared with just 1.6% that said the same in January. The proportion of agencies planning to increase staff numbers, meanwhile, has fallen from 8.1% in January to just 1.6%. A further 43.3% said they were aiming to cut staff numbers through natural wastage, while 35.4% will look to maintain numbers.

This comes after the IPA Agency Census, released yesterday (Wednesday), found that the employee base in UK agencies fell 1.1% last year – the second year of decline in a row – with growing numbers at media agencies outweighed by a fall in creative and other non-media agencies.

Moore Kingston Smith also asked agencies if they were planning salary reductions and found that four in 10 (39.7%) would do so across the board. A further quarter (25.5%) would do so for some staff but not all, with the most common version of this covering senior management only (16.7%). Just a fifth (20.6%) said they would not turn to pay cuts, with the remainder (18.3%) unsure. 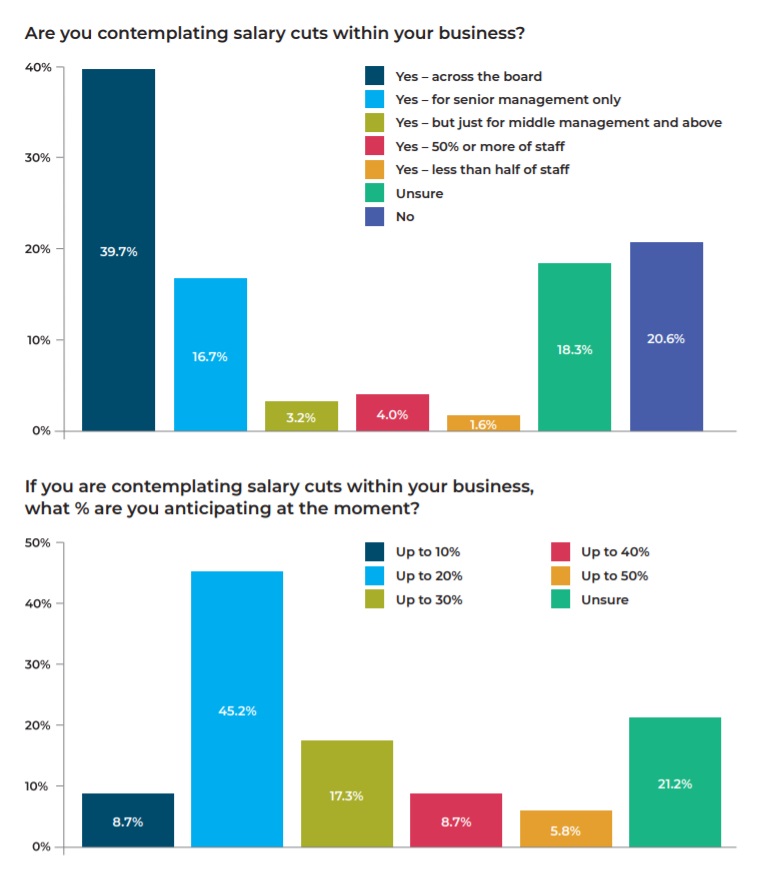 Meanwhile, 85% of respondents said they were planning to use the government’s furlough scheme. Almost half (46%) of these said they would not top that up to match employees' usual salary, while 23% said they would for some employees and the same proportion said they would top up all salaries, with the rest unsure.

Reducing working hours is a less popular option, the research found, with only 43.7% of agencies planning to implement it for some staff, with half of these (22.2% of total) doing so across the board – although another 27% said they were unsure.

Among those planning a reduction in hours, three-quarters (73.5%) said this would be to a four-day week and 18.1% to a three-day week, while 8.4% are looking at reductions to a one- or two-day week. 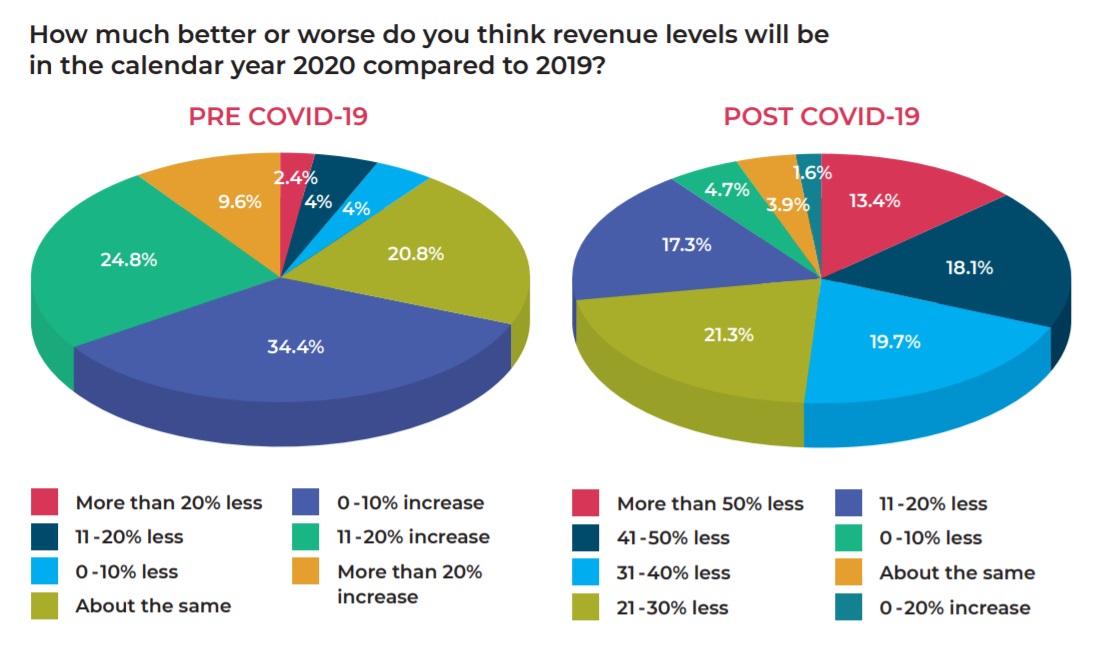 Moore Kingston Smith also asked agencies for their expectations on revenue and profit, and unsurprisingly found these had become considerably more negative since January. Back then, 68.8% of agencies were expecting to grow revenues in 2020 compared with 2019. Now, 94.5% are expecting them to fall, with half (51.2%) expecting a hit of at least 30%.

Moreover, 68.8% expected an increase in profit levels in January, but nine in 10 (89.6%) are now expecting profits to fall or to make a loss this year.

Moore Kingston Smith surveyed about 130 agencies, the majority of them independent, in the middle two weeks of April. The participants represented sectors including advertising, media, design, digital and PR.

The 'lost generation': what will happen to creative talent after the crisis?

WPP Q1 revenue down 3.3% as it implements more cost-cutting measures