Radiohead lead singer Thom Yorke has sent out an email ad for his new album to members of his fan base, in which he declares his respect for consumers who do not engage with social media.

The ad for Yorke’s ‘Tomorrow’s Modern Boxes’ album, has, in a typical break from convention, been released exclusively via peer-to-peer file-sharing service BitTorrent.

The ad reads, "Hello you may not have heard that I put a record out recently. It's called 'Tomorrow's Modern Boxes'. This may be perhaps because you don't engage with social media... in which case you have my utmost respect."

Yorke had described the album’s release via BitTorrent as an "experiment to see of the mechanics of the public are something that the general public can get its head around".

He said: "If it works well it could be an effective way of handing some control of internet commerce back to people who are creating the work.

"Enabling those people who make either music, video or any other kind of digital content to sell it themselves. Bypassing the self-elected gatekeepers. If it works, anyone can do this exactly as we have done." 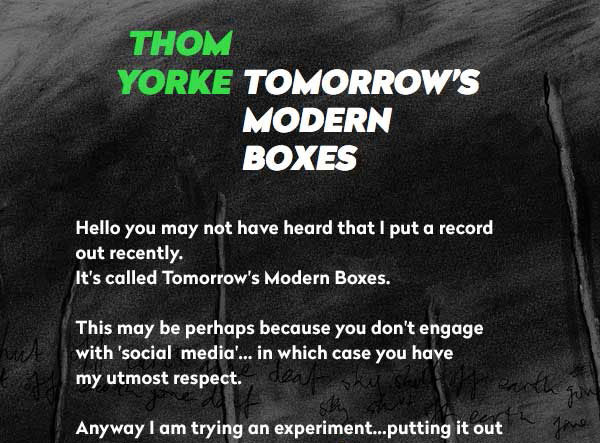 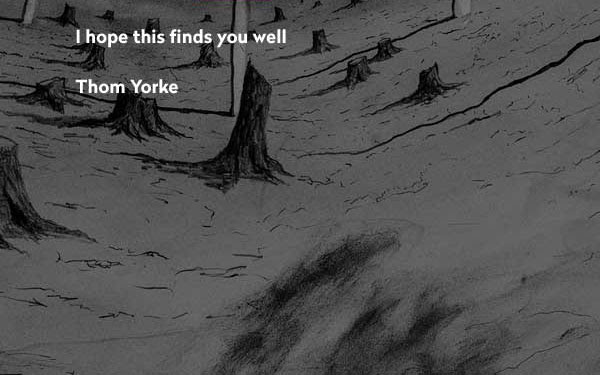 Radiohead and Yorke are known for their digital innovations. Earlier this year, the band launched an app called PolyFauna, while in 2007, Radiohead album ‘In Rainbows’ was released as a download that let consumers pay what they liked for the album.

The singer is also a vocal critic of some aspects of digital media. In 2013, he took to Twitter to tell followers that he had pulled songs from his solo work and band Atoms for Peace from Spotify.

His tweet said: "Make no mistake, new artists you discover on Spotify will not get paid. Meanwhile shareholders will shortly begin rolling in it. Simples."

The eight principles for making your ad a winner

Candid in Cannes: How to unleash the power of creative optimisation

Candid in Cannes: Marketers and media reimagine the future of TV advertising