'Fabric of the community' campaign has been created by Brothers and Sisters and PR agency W Communications.

Raheem Sterling, Harry Kane and Rita Ora are among the 72 celebrities backing a kit launch to raise funds for a community football club that was created in the aftermath of the Grenfell Tower fire.

Grenfell Athletic FC has launched its new home (green) and away (pewter) football kits to raise money to fund the community club and its ambitions both on and off the pitch.

The campaign is being supported by PR agency W Communications and Brothers and Sisters.

The kits, which have been specially designed by Nike, are available on Kitlocker.

Grenfell Athletic has called up 72 individuals to its squad to help launch the kit and generate global awareness and solidarity with its #FabricOfTheCommunity mantra.

Names to appear on the influencer team sheet include Premier League stars Sterling and Kane, music artist Ora and others, in a wide-ranging influencer outreach programme.

Grenfell Athletic FC was founded in 2017 by local Rupert Taylor, a youth worker at the time, who recognised the community needed a positive outlet to bring people together and help them cope with the aftermath of the tragedy, which had shattered many lives.

"We're so proud to release our brand new kits to the world and are absolutely blown away by the support we've received to date," Taylor said.

"I was born and raised in this diverse area. It's both my house and my playground. W10 and W11 is my home and these lads are my brothers. This team is an outlet, a safety net for our family, and together we enrich our community. Now, we're excited to take this grass-roots football club to the next level." 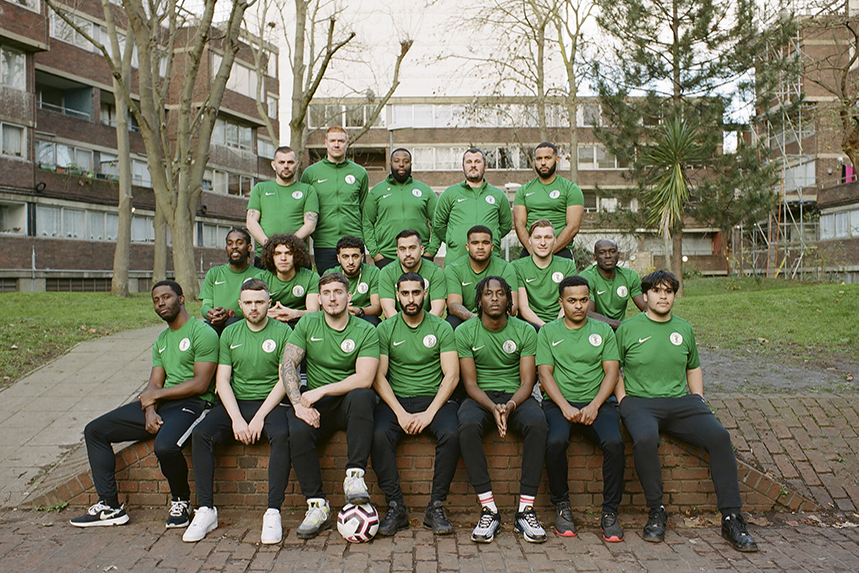 The Grenfell AFC squad (pictured above) includes several players who lived in Grenfell Tower and escaped the deadly blaze. The team's performance has improved each season and it now plays in the Middlesex County league.

The club has short-term aspirations to launch women's and junior teams, and longer-term goals to rise to the semi-professional ranks and build a club stadium.

Andy Fowler, founder and creative director of Brothers and Sisters, lives close to the tower and has helped co-ordinate the "Fabric of the community" campaign.

"When the tragedy happened, I could literally see it from my daughter's bedroom window down the hill. The effect it had on everyone around here was massive," he said.

"I met a guy called Rupert, who is a real pillar of the community, and wanted to get involved with the football club – and ended up playing for them a couple of times.

"It's an amazing club and all the lads are between 18 and 23, very multicultural, and three of them escaped the tower and lost relatives [in the fire]; that's how raw it is. The others are all local." 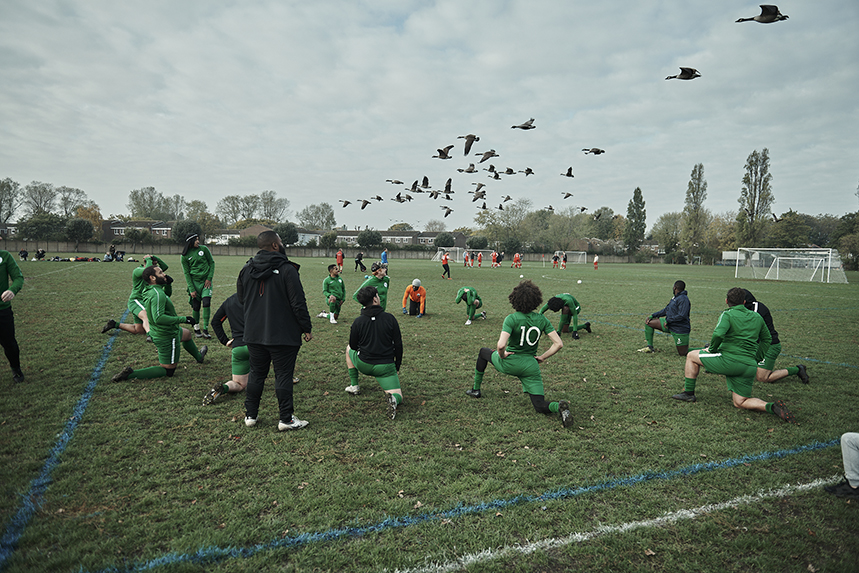 ?
The football team has been playing an important role in the mental wellbeing of players. When it was set up, it did not take any funding that was available to charities supporting Grenfell victims.

"Rupert approached me and said: 'You're an ad guy, how can we start telling this story? We're super ambitious and want to grow,'" Fowler said.

Fowler contacted Nike a year ago and the sportswear company agreed to design a bespoke playing kit that could be sold via Kitlocker to raise money for the club.

The home kit is solid green with a badge that features an image of the Grenfell Towers with a dragon wrapped around it, symbolising "a safe passage to the souls of the 72 people who lost their lives".

"The idea behind 'Fabric of the community' is to symbolise how important this football club is. It's hard to imagine any club that plays a bigger role in the community," Fowler said.

"It is supporting the mental health of players and their families. There was one guy who was on suicide watch and said this football team had saved his life.

"It has a double meaning of the fabric in the shirt, but [the club] also holds this community together."

"We have been identifying 72 individuals that have an affiliation to the cause or the area and can raise awareness," W creative director Scott Dimbleby said. "These football shirts are not a political statement – this is very much about using football kits to show solidarity with the local community and to help them."

A version of this article first appeared on PR Week