Rachel Pashley, the author of New Female Tribes, lifts the lid on smashing stereotypes and the power of 'Female Capital'. 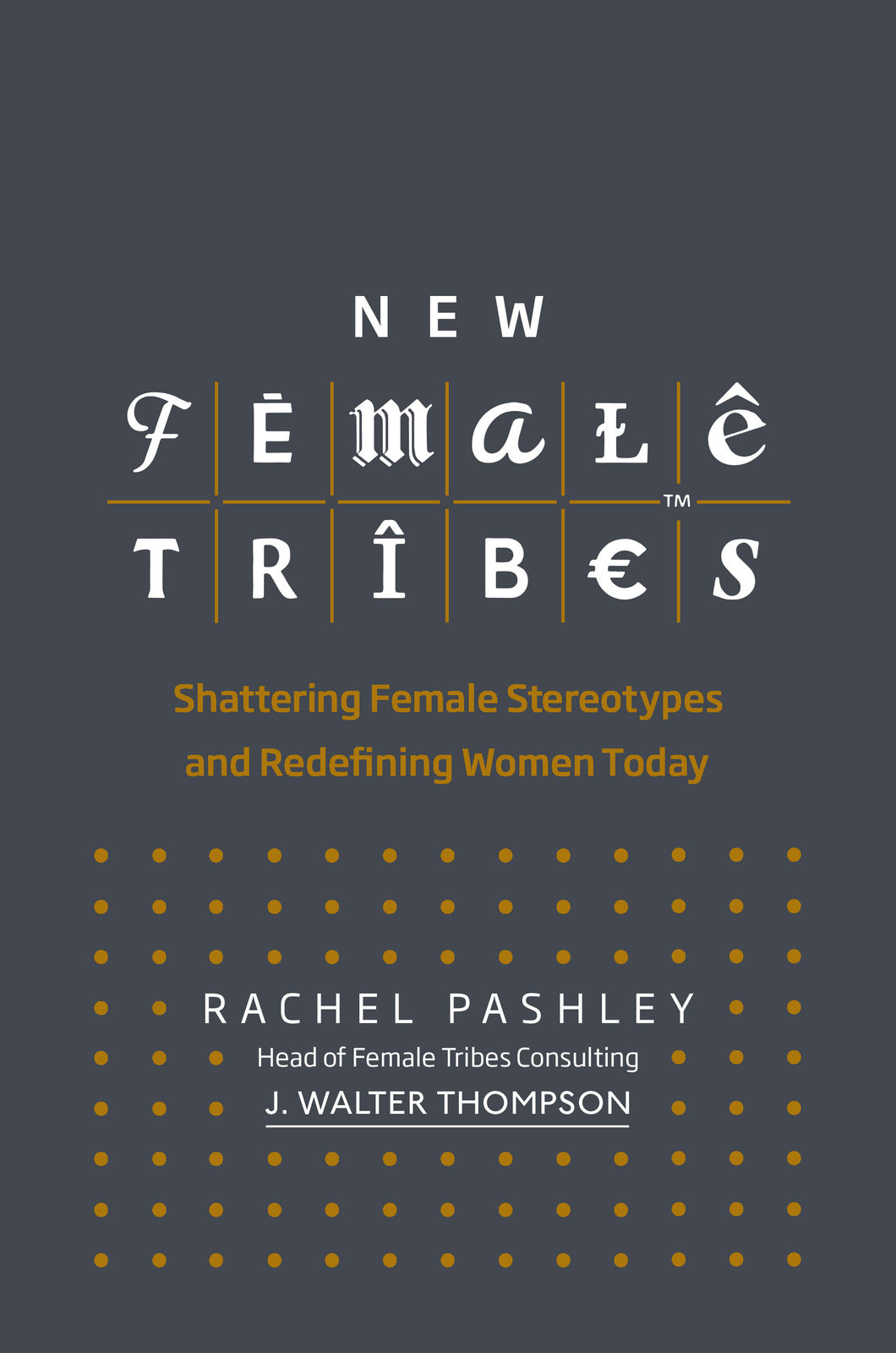 "Serena Williams is spoken about as if she is just a mum when she is the world’s greatest athlete and yet she has just  a fraction of the sponsorship of Roger Federer," says Rachel Pashley, on the publication of her new book New Female Tribes.

Despite being arguably the greatest athlete of all time, in fact it would not be beyond the realms of the ridiculous to imagine female stars such as Williams characterised as just a ‘busy working mum’ by the bluntest of audience segmentations.

In a bid to smash these lazy stereotypes Pashley, who was named head of Female Tribes at JWT London six years ago, has undertaken the largest ever female insight survey. Her department and its output, which is already considered to be the best in the business, has now taken her insight to the next level with the publication of New Female Tribes.

Having surveyed 8,000 women over five years across 19 countries throughout the world, including the US, China, India, Russia, Australia and Saudi Arabia, the insight gleaned provides clarity on the need to shift the dial when it comes to marketing to women and better reflecting the multiplicity of the female experience.

"We need to embrace the diversity of women’s lives if they have children," says Pashley, who believes brands need to adopt a language that credits women with aspirations and understands what their ambitions are.

"You can’t just look at a woman's age, or if she has children, and base your approach on that. If you think of women just in terms of age and life stages you miss out on their hopes and dreams," she explains.

Feminism is not a trend

But with the range of products and services marketed to women as ‘empowering’ now being stretched to mundane tasks such as washing your hair or having a drink of water, have we reached peak empowerment? "There are times when I think if I see that word one more time I will explode," says Pashley, in her typically honest style. "Feminism is not a trend," she adds.

Visibility is crucial, as when audiences don’t see themselves reflected by brands the message is that they aren’t valued. Yet for many products and services not only are they ignoring or stereotyping vast swathes of their audiences, but they aren’t creating products to meet their needs, thus missing out on huge commercial opportunities. "Women want to be seen by brands – look at products such as the Apple Health Tracker, which didn’t track periods when it launched," says Pashley.

For the car industry the costs of ignoring the female demographic are high. "Crash test dummies have long been based on a male torso, so women suffer greater injuries in car crashes," explains Pashley.

Yet there are signs the industry is recognising that feminism and inclusivity is more than a one-off marketing tool or headline. "What I do see and with the success of campaigns such as Always blood normal is there is this burgeoning sense that women want to be spoken to in an authentic way," explains Pashley. She believes that the world is designed by men and only now are we getting the female lens into perspective, a fact that makes it a hugely exciting time to be in advertising.

"Women are so powerful as a consumer force. Increasingly we are the breadwinners and we are so much more powerful than we realise," she adds.

Pointing to the success of the TV series Big Little Lies, she says: "Authentic women and films with a female lead are doing well at the box office. The fact is in entertainment and in advertising authentic female narratives sell so well."

"Women fall out of the industry in their forties, which explains the huge rise of entrepreneurship at that age. It still surprises me that I open the pages of Vogue and see models in their teens when it is predominantly older women who can afford those clothes," says Pashley.

So if we were to ask Pashley "are we there yet?" when it comes to equality in the industry, the short answer would be no. "Sadly I still turn up at conferences and we talk about female empowerment and the audience is 90% women. Women are having to shoulder 100% of the responsibility to push for change."

A fact Pashley believes belies the fact that inclusive working cultures make for happier, more productive and therefore successful businesses. A business goal that will not just sell more products but empower individuals to make their mark on the industry, just as Pashley has so powerfully done.

There has never been a better time to be a woman

76% of women globally felt there had never been a better time to be a woman.

Femininity is a strength

Across all women in all markets, 86% agreed that femininity was a strength and not a weakness.

Proud to be a feminist

62% of women surveyed said they were proud to be a feminist.

Women are the major breadwinner

Globally 50% of women questioned were the major breadwinner.

Women are still being held back at work

45% felt that they had been held back professionally as a woman.

75% of women felt that they worked faster and harder once they were parents.

Why we need Badass.Gal in the creative industries

Creativity from the care system

What happens when all creativity is judged equally?