Ovarian Cancer Action has enlisted a series of reality stars to mark World Ovarian Cancer Day, which takes place this Saturday (8 May).

It comes after research from the brand found that a woman dies every two hours from ovarian cancer in the UK.

The work was created by Gemina Gil Flores and Jemma Burgess, with illustration by Mathilde Wagner. 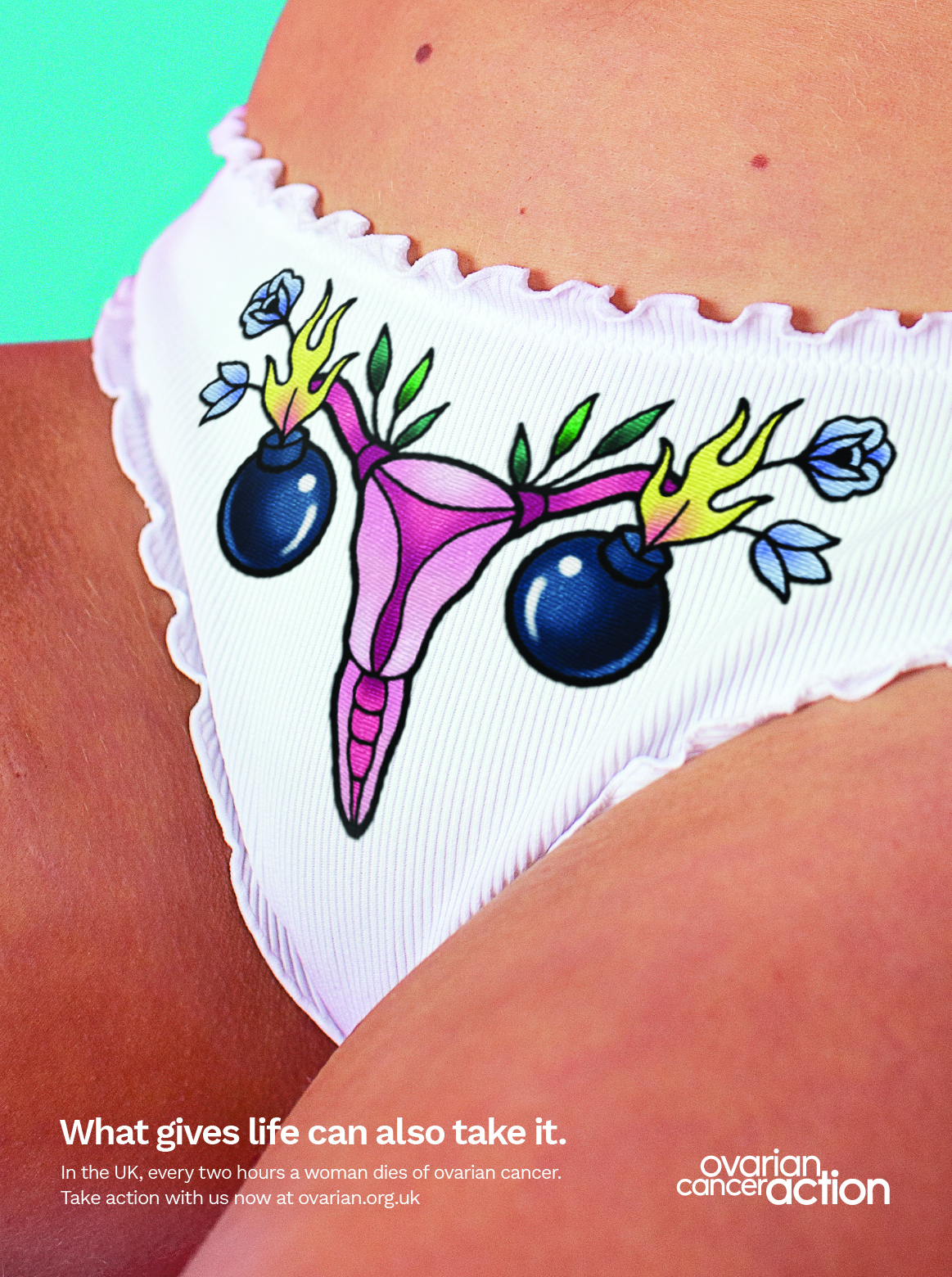 “This World Ovarian Cancer Day we need your help to expose this disease and to fund the breakthroughs that will stop it taking the life of one woman every two hours here in the UK.”

In July last year, Ovarian Cancer Action launched an ad that called the disease "the second wave", in light of a predicted 35,000 extra deaths as a result of avoiding the doctor during the coronavirus pandemic.

Andy Jex, chief creative officer at TBWA\London, said: “A beautiful yet fragile balance lies at the heart of this work.

“The ovaries bring life into this world but at the same time when affected by cancer they take lives away; and with devastating effect – one life every two hours.”

Before the coronavirus pandemic, Ovarian Cancer Action cast a collective of young girls to perform a spoken word rendition of Gloria Gaynor's I Will Survive, in reference to startling statistics on ovarian cancer in the UK.

Jex continued: “Until the day no one dies from ovarian cancer, awareness is key. Doing so in a striking, relevant and impactful way is the least we can do.”