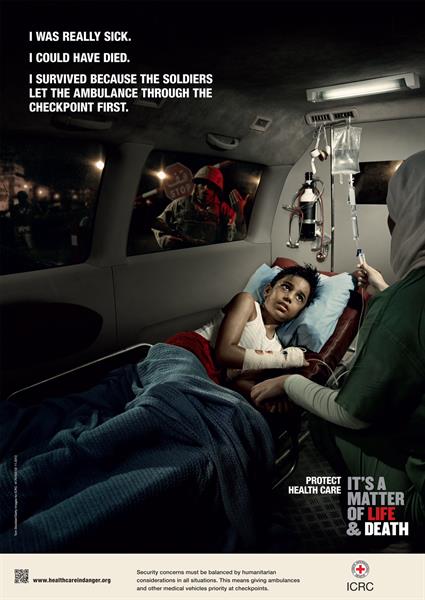 The International Committee of the Red Cross has released an outdoor campaign highlighting the plight of healthcare workers in war zones. The images, created by Reportage by Getty Images, show victims of conflict with copy explaining what happened and how they survived because hospitals and healthcare workers were respected and protected by fighters. The activity follows a 2011 campaign that focused on the difficulties experienced by aid workers. The latest executions will appear in Amsterdam, Berlin, Brussels, London, Madrid, Paris and Warsaw. They were created by Anthony Holland Parkin and the ICRC, and photographed by Tom Stoddart.

Vodafone "Feel closer to the Lions" by Team Red

Red Cross 'look beyond the label' by LBi London