Marking a year since the opening of its UK office, Reddit is celebrating the wide array of functions and rewards that its communities offer in its first UK brand marketing campaign.

Created by global agency of record R/GA, which also handled media in the UK, “Maybe together we’ll” is running from today (21 September) in out-of-home, including high-profile sites such as Waterloo Station and Westfield London, as well as 26 London Underground stations. It will also take in digital channels and digital video, with a 60-second brand film featuring user-generated content from across Reddit’s groups.

Messages featured in the creatives include “Maybe together we’ll lift the world up. Or maybe we’ll knock it down a few pegs” – pointing users towards the diametrically opposed Reddit community groups r/ToastMe and r/RoastMe. 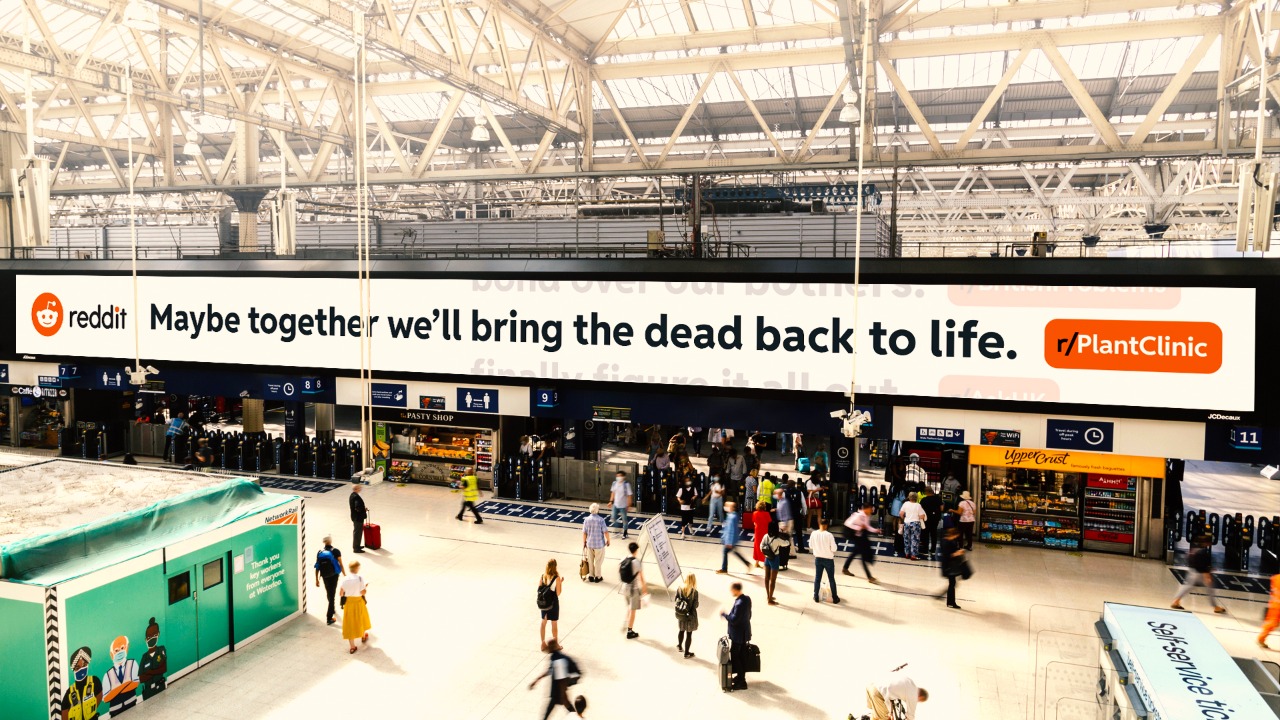 “This is our first brand marketing campaign, after years of strong organic growth,” she said. “First and foremost, we want to drive new users to the platform. We want to pique their curiosity and bring new users on to Reddit, as we continue to expand our user base.

“But we also know that there are going to be a lot of existing users who maybe have never seen advertisements for Reddit out in the real world and so this is an opportunity for us to showcase the breadth and depth of our communities to them.

"And then lastly, we also know that there are a lot of advertisers who maybe aren't familiar with Reddit, and we've had a really strong presence and momentum as we entered the market about a year ago. This is also a way for us to better familiarise them with what people are doing on Reddit.”

Reddit would not disclose actual figures, but said its invoiced ad revenue for the UK and EMEA had more than tripled year on year, and that the number of active advertisers in the region was up by half. Since launch, UK staff numbers have increased from just five to around 30, and Reddit plans to grow this by another 50% by the end of the year. It has around 26 million ads-addressable users in the UK – though Young said that brand awareness was still in the low 60s, percentage wise.

Sorry, what did that say?

The UK executions are part of a global campaign that started with a five-second TV ad during the Super Bowl in February, which featured a long piece of text that required viewers to pause the ad in order to read it.

“The Super Bowl ad came about because about seven to 10 days prior to it, we started to see Reddit become a household name,” Young explained. This happened because of members of Reddit forum r/wallstreetbets, who used the trading app Robinhood to drive up the share price of companies such as US retailer Gamestop, causing damage to hedge funds that had staked huge amounts on their predicted failure.

The activity on r/wallstreebets “was really showcasing the power of community and what people can do when they come together”, Young said. “We were really inspired by that and we started talking with our agency.”

As well as budget constraints – the broadcaster, CBS, was selling 30-second spots during the match for $5.5m – Reddit and R/GA were met with time constraints. “So we kind of had to throw everything that you think about in terms of a typical Super Bowl campaign out the window. We weren't going to have celebrities, we weren't going to have this big-budget production shoot. But we knew what we wanted to say. And we knew that if we can find a way to put those words on a screen, that it would resonate.”

The OOH will initially only run in London, but may be extended to other cities later. “This is the first time that we have executed a campaign in the UK and so we are going to test in London, and gauge response and learnings and then we can build and develop our broader strategy from there,” Young said. 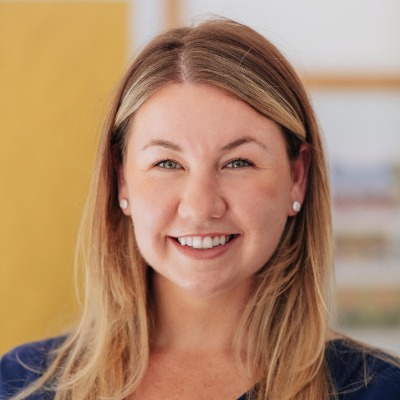 It comes as Reddit marks a year since its first international expansion with the opening of its London office, and alongside the appointment of Laurelle Potter (right) as UK general manager. Potter joins in October from Tinder, where she is marketing director. Before joining Tinder in 2018, she was a marketing director at both Snap, where she led the EMEA launch of Spectacles, and dating app Badoo in a global role.

“I’ve enjoyed a long career in marketing and tech, but my passion lies in working for community-driven brands that enable people to connect with one another. Reddit is the home of community, and I look forward to using my years of experience in fostering intimate connections to deliver this on a larger scale, helping to propel Reddit’s mission of bringing community and belonging to all,” Potter said.

“Reddit weaves together the best of what social platforms have to offer, and there is a huge opportunity to ensure people in the UK understand its value and benefits. I am so excited to share the Reddit story and help bring its magic to life so that individuals and brands in the UK see what I see.”

Another brand using Reddit is Afrocenchix, a black female haircare brand co-founded by Rachael Corson, who said it was a “no brainer” to use Reddit to reach a highly engaged audience.

“Afrocenchix prides itself on remaining a community-driven brand despite operating in the fast-paced, growth stage of our business. Reddit users are passionate, invested and already talking about haircare, making our decision to build out our presence on the platform a no-brainer,” she said.

“We have been able to connect with new audiences, who have in turn become loyal customers, by targeting communities where interest was already baked-in. This has allowed us to join the conversation naturally, share information about our products and provide a real value to people who are interested and want to learn more.”