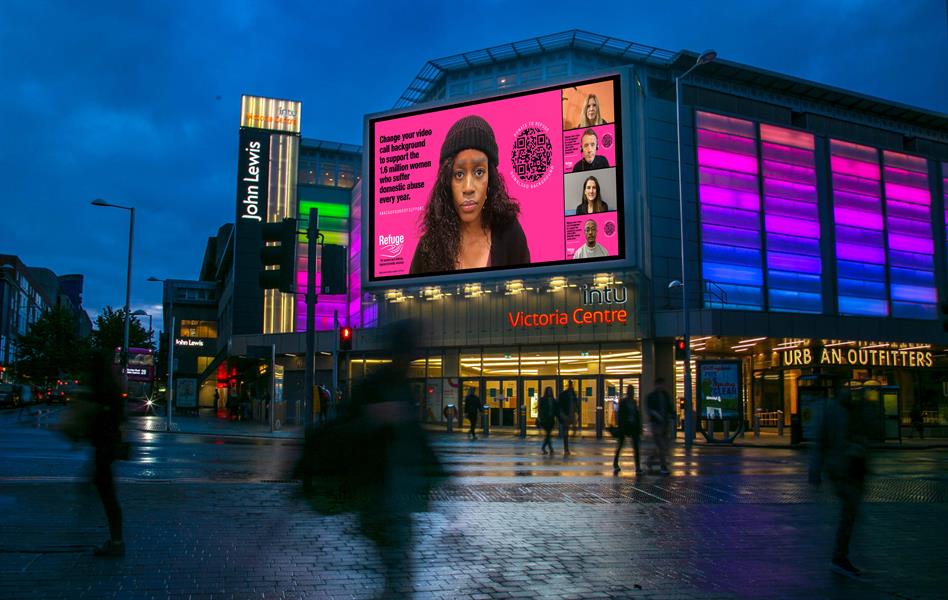 Refuge uses an overlooked media space as part of a fundraising drive in aid of women and children who are suffering from domestic abuse.

The campaign encourages people to change their video-conferencing backgrounds to support the charity. The backdrop features a statistic on the number of women who experience abuse every year in relation to the minutes spent on video calls, as well as a built-in QR code that prompts viewers to donate to Refuge. It can be downloaded on the Refuge website.

The campaign will launch with a film featuring Oscar-winning actress and Refuge patron Olivia Colman, and will also run on prominent out-of-home sites across the country.

It was created by Ben Edwards and Guy Hobbs.

In September, Refuge partnered Cosmopolitan in a bid to change legislation on sharing explicit images.

It's time to stand up to bad behaviour