Refuge puts a dark spin on the children’s game hide-and-seek to demonstrate the shocking scale of domestic abuse in the UK.

The ad, created by Bartle Bogle Hegarty London, kicks off a national partnership between the charity and Picturehouse Cinemas. It will show in Picturehouse’s 25 cinemas nationwide, with the aim of raising funds and awareness of domestic abuse.

Domestic abuse affects one in four women and about 800,000 children each year, while 90% of abuse that takes place in a family home is witnessed and experienced by children. The film dramatises these statistics by showing a boy who appears to be playing hide-and-seek, covering his eyes and counting.

It turns out that the child isn’t playing but simply trying to cope with the constant abuse in his home. At the end of the spot, he and his mother are shown safe in a Refuge shelter.

The work was created by Jennifer Ashton and Oliver Short, and directed by Lucy Bridger through Black Sheep Studios. Media planning and buying was handled in-house by Refuge. 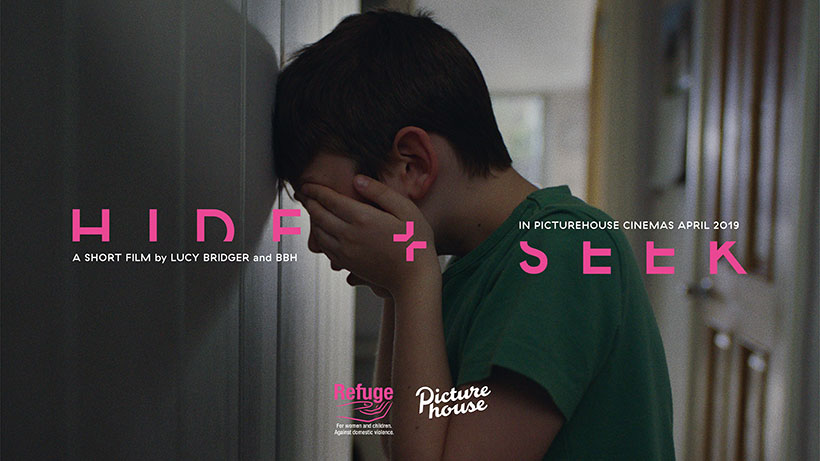 Sandra Horley, chief executive of Refuge said: "Never before in Refuge’s history has such a major campaign been launched. The unprecedented exposure that 'Hide and seek' will receive by being aired before all 15-certificate films that run day in, day out, across all the screens housed in the 25 Picturehouse cinema locations is phenomenal. With one in four women experiencing the issue and two women a week being killed by a current or former partner, I have no doubt that the impact of this campaign will save and change many lives."

Celebrity ambassadors including Olivia Colman are supporting the campaign.

Avengers: Endgame is a watershed moment for cinema

Refuge "Another way out" by BBH London