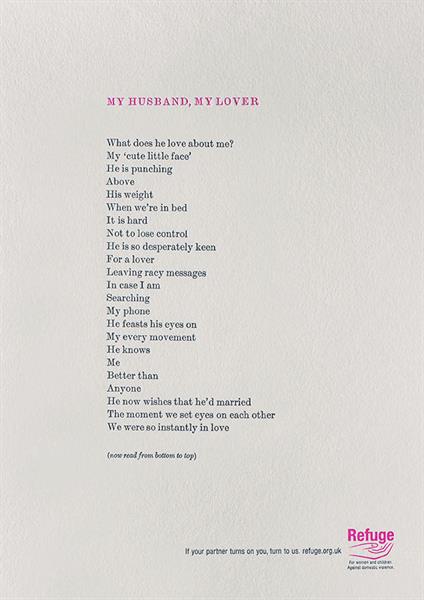 Ahead of Valentine's Day, Refuge has released a reversible poem that shines a spotlight on controlling behaviour and domestic violence.

Read one way, the poem tells the story of a whirlwind romance, but when read in reverse it depicts the terrifying reality of living with a perpetrator of domestic violence. The work continues the charity's reversible poems released before Christmas.

Mini "Re-emergence 2020" by The Brooklyn Brothers

Battersea "Rescues to the rescue" by FCB Inferno