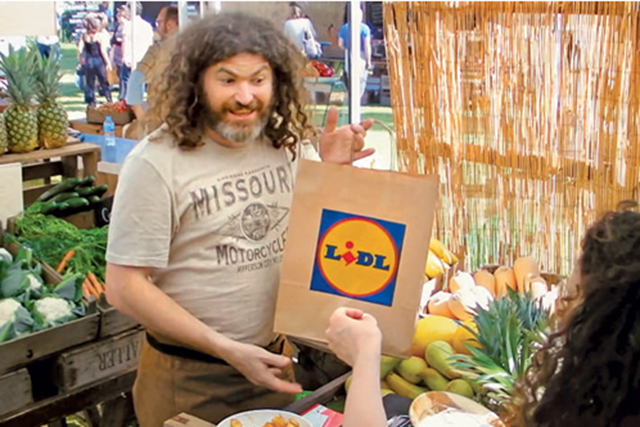 Through a combination of fierce discounting and creative marketing, Lidl has left the big supermarkets reeling. Ahead of the most important trading period of the year, Sara Spary goes behind the scenes with the most disruptive force in retail.

The fans may sound like the ‘Belie­b­ers’ of the grocery world but, cult following or not, there is no denying that shoppers are flocking to Lidl in droves

In the post-recession era, shopping in Lidl has become a badgeof honour, rather than a source of middle-class shame – or at least that is the case, according to Arnd Pickhardt, advertising and marketing director at Lidl UK. Speaking to Marketingin his first major UK interview since he took on a broader marketing remit in January, he argues that the brand has a loyal, almost cult, following.

"Lidl is relevant to everyone," says Pickhardt, who believes the ‘Lidl classes’ will keep the brand buoyant long after the economy has recovered. Almost 50% of UK consumers have shopped in a Lidl store this year, he claims, and (even to Lidl’s own surprise) market research shows that the brand enjoys a 50/50 demographic split between ABC1 and C2DE consumers.

The ‘Lidl classes’ are at the heart of the brand’s Christmas marketing activity. In September, it kicked off ‘Lidl Surprises’, a £20m campaign with a national TV ad showing real consumers unwittingly trying Lidl food in a farmers’ market setting and being surprised by the quality. The style is a marked departure from Lidl’s earlier, edgier ads, but it has been a success, claims Pickhardt. "‘Lidl Surprises’ has had great feedback," he says, adding that the campaign has worked "not only in the growth of our business, with sales figures and customer count increasing, but also in feedback from the public and even the industry". 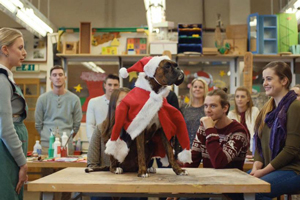 "It’s a strong branding message about what we believe our strengths are," he adds. "We’d like to be more open and you can see that in our campaign. We’re asking our customers what they think about us. The dialogue between them and the brand is getting much stronger."

The campaign, created by TBWA\London, will continue into next year, with more ads featuring real customers telling the brand’s story.

The festive activity, which kicks off this month, features the reaction of genuine customers at a Christmas feast in Hertfordshire when they learn that they have been eating Lidl fare. The idea, according
to Lidl, is to demonstrate that shoppers "can have a fabulous Lidl Christmas with surprisingly high-quality produce at low prices".

Marketing has become much more important to Lidl over recent years, says Pickhardt, and is a priority for the brand’s UK managing director, Ronny Gottschlich. In line with this, Lidl has increased its budget this year. The super-discounter is also intending to change its marketing strategy, ditching its traditional reliance on leaflet drops in favour of a national, integrated approach, with significant investment in TV and digital channels.

In fact, social media has fast become a key marketing channel for the supermarket. According to Pickhardt, engagement with the brand is so strong that when a negative comment is made on its Facebook page (which has 698,000 ‘likes’), fans leap to Lidl’s defence.

Referring to those who do as ‘Lidlers’, he says: "Sometimes we’ve thought that we don’t need to do the communication ourselves because our fans do it already. You don’t even have to wait five minutes before we have a reaction from one of the loyalists defending the brand, saying ‘You have clearly not understood what Lidl is about’."

The fans may sound like the ‘Belie­b­ers’ of the grocery world but, cult following or not, there is no denying that shoppers are flocking to Lidl in droves. The numbers speak for them­selves, and it is clear that Lidl’s marketing strategy has had to shift in light of the meteoric rise of the discounters in the UK.

Lidl and its ilk have altered the structure of the UK grocery market. While Tesco, Sainsbury’s and Morrisons have been losing sales, blaming the discounters along the way, Lidl, along with its rival Aldi, has been reaping the benefits. Both businesses have enjoyed consistent year-on-year, double-digit growth, and this year Lidl sales will top £4bn in the UK.

It has doubled its turnover since 2010 and carved out a 3.6% market share. The secret of its success, Lidl claims, is simple: while the market-leaders have been focusing on cutting costs and lowering prices, it has been improving quality, building up from a low-cost base. 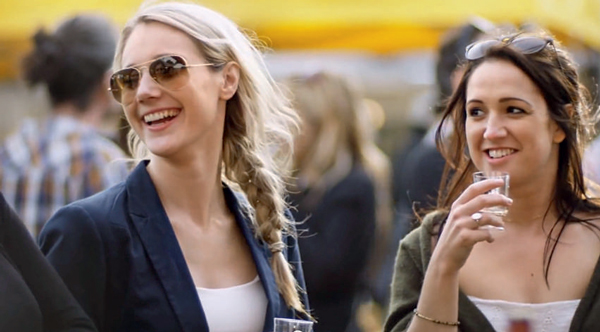 The challenge now, says Pickhardt, is to take that growth forward, sustain momentum and win over even more customers. He brushes off any suggestion that the rise of the discounters is a ‘recessionary blip’. On the contrary, he says, within five years he would like to see everyone shopping at Lidl. The retailer plans to double its store estate to 1200 at the rate of 20 to 40 stores a year.

It is clear that to maintain this momentum, and drive the growth of the ‘Lidl classes’, the discounter needs to deliver on more than just price. In line with this, it has been ramping up not only its quality-focused messaging, but also its in-store experience. It has introduced bakeries, more fresh food, vintage wines and ‘hero’ products such as serrano ham and (Pickhardt’s favourite) truffle buffalo mozzarella, to highlight its quality credentials.

"The demand for these products is sensational, so they will play an essential role in our Christmas advertising," says Pickhardt.

German-born Pickhardt is also applying lessons learned from the brand’s European marketing strategy. "I like to think we are a British company with a German heritage; the idea of how we operate, especially the efficiency behind that system, comes from Germany," he says, stressing that even though the budget has increased, his focus is on efficiency.

"The communication model we used in the past may have been oriented towards what worked in other countries, for example leaflet distribution in Germany," he admits, noting the shift in strategy toward television in the UK, which he describes as a "heavily TV-focused media market".

Despite this, print remains an important part of its marketing strategy. Moreover, Lidl won’t shy away from its quirky brand personality, according to Pickhardt. "We like the idea of an approachable, humorous brand done in a light-hearted way, and we will continue to see that," he says.

In post-recession Britain, though, being cheaper than the competition is not enough to build a brand and ensure longevity

With a well-oiled PR machine in place, Lidl rarely misses an opportunity to take a stab at its competitors via quick-turnaround press ads, most recently poking fun at the launch of Morrisons’ loyalty card in October. The card, Match & More, is the first in the industry to price-match Lidl and Aldi, but Lidl brushed off the attack with a full-page print ad reminding customers that they could simply shop with Lidl instead.

The brand was also quick to piggy--back Sainsbury’s ‘50p challenge’ faux pas, when a poster intended for the staff-room was mistakenly displayed in a store window. It urged staff to persuade each customer to spend 50p more in-store, so Lidl ran a mock ad encouraging shoppers to save 50p per shop with Lidl. As with the loyalty-card activity, the aim was to remind customers of one thing: Lidl is cheaper than the competition.

In post-recession Britain, though, being cheaper than the competition is not enough to build a brand and ensure longevity, and Pickhardt believes that to change perceptions of Lidl among the public he must change their underlying belief that "you get what you pay for". He faces a tough challenge in meeting the often complex and competing demands of the ‘Lidl classes’ and converting casual shoppers into loyal customers.

However, Pickhardt is confident the brand is well placed to succeed.

"We don’t think of ourselves as being a brand for any particular class, and that’s why I love the idea of the ‘Lidl classes’," he says. "We are, in a way, classless and relevant for everyone. It doesn’t matter who you are or what you earn, we have products for everyone."

As the City became its boss, Tesco became a machine